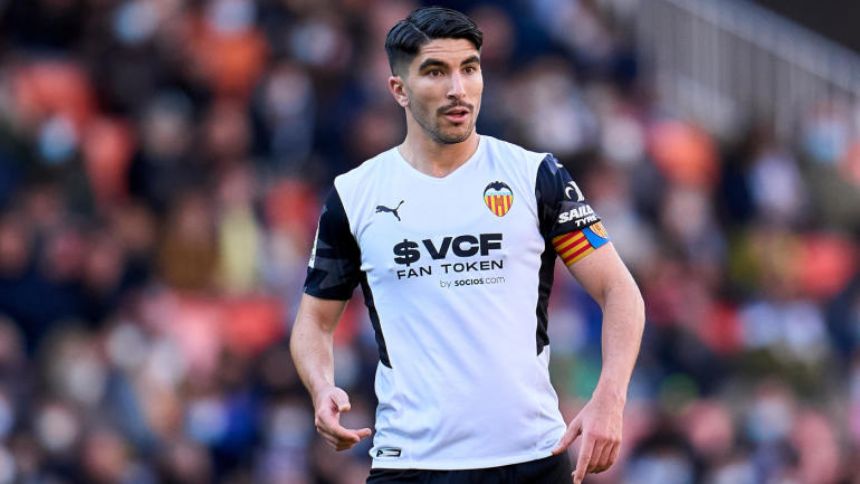 Valencia will try to keep its unbeaten run going on Monday when it visits for a Spanish La Liga matchup in Madrid. Valencia (10-11-9) has not lost in its last five league games, winning three, and it also beat Athletic Bilbao in a Copa del Rey semifinal during the run. Rayo Vallecano (9-6-14) has not won a league game since mid-December, but a strong start should keep it from having to fight against relegation after being promoted before this season. Valencia is ninth in the La Liga table, while Vallecano is 13th, five points clear of the drop zone.

Kickoff at Estadio de Vallecas is set for 3 p.m. ET. Caesars Sportsbook lists Vallecano as the +118 favorite (risk $100 to win $118) on the 90-minute money line in its latest Rayo Vallecano vs. Valencia odds, with Valencia the +255 underdog. A draw is priced at +220 and the over-under for total goals scored is set at 2.5. Before locking in any Valencia vs. Rayo Vallecano picks, be sure tosee the La Liga predictions from SportsLine soccer insider Brandt Sutton.

Sutton, a former collegiate soccer player, has been SportsLine's top soccer editor for nearly five years. He has followed soccer closely for much longer and factors in managerial tactics, projected lineups and past performances to make the most informed decisions possible, keeping his finger on the pulse of the game all over the globe.

Sutton has also been on a roll with his best bets, going 10-4 in his last 14 soccer picks, returning almost $400 for $100 bettors during that span.

Now, Sutton has broken down Valencia vs. Vallecano from all sides and just locked in his picks and La Liga predictions. You can head to SportsLine now to see his picks. Here are the betting lines and trends for Vallecano vs. Valencia:

Los Franjirrojos will fight to stay out of any sort of relegation battle and remain in the top flight for consecutive seasons for the first time since 2016. It has struggled recently at home, but it has been very strong overall in Madrid. It went 8-2-0 at home to start the season, and it faced , Atletico Madrid, and Real Betis in its four recent losses. Vallecano has draws with second-place and , along with the loss to Atletico, in its past three matches.

It pulled off a 2-2 draw with Granada despite being down a man for more than 40 minutes. Even with Valencia's current defensive run, Los Franjirrojos have allowed seven fewer goals in league play. The team is still without , but Alvaro Garcia shares the team lead with him at five goals, and scored his fourth in last Sunday's draw with Granada. Vallecano is in the middle of the pack in possession (49.6 percent), while Valencia is fourth-worst (43.4), and goalkeeper is fourth in save percentage (75.6).

Los Che has been on quite a roll, allowing just one goal over the six-game unbeaten run in all competitions. It has 42 goals this season, seventh-most in the league and 11 more than Vallecano. Valencia has confidence off the Copa del Rey success, and it is aiming for a finish that could be as high as seventh after it ended last season in 13th place. Goncalo Guedes had the winning goal in the clincher against Bilbao, and he has a team-high 11 league goals.

has nine goals, and he and Guedes each have set up five. Guedes also is in the top 10 in La Liga in shot-creating actions (82) and goal-creating actions (12). Vallecano has struggled on its home turf recently, losing four of its last five in all competitions. Los Che, meanwhile, has taken at least a point from nine of its 15 road games. Valencia also has been far more efficient in putting shots on target, as it has 65 fewer total shots but three more on net.

Sutton is leaning under on the goal total and he's locked in another best bet that brings a big plus-money return.He's only sharing his expert La Liga picks at SportsLine.

Who wins Rayo Vallecano vs. Valencia? And where does all the betting value lie? Visit SportsLine now to see the best bets, all from the soccer expert who has his finger on the pulse of the game, and find out.