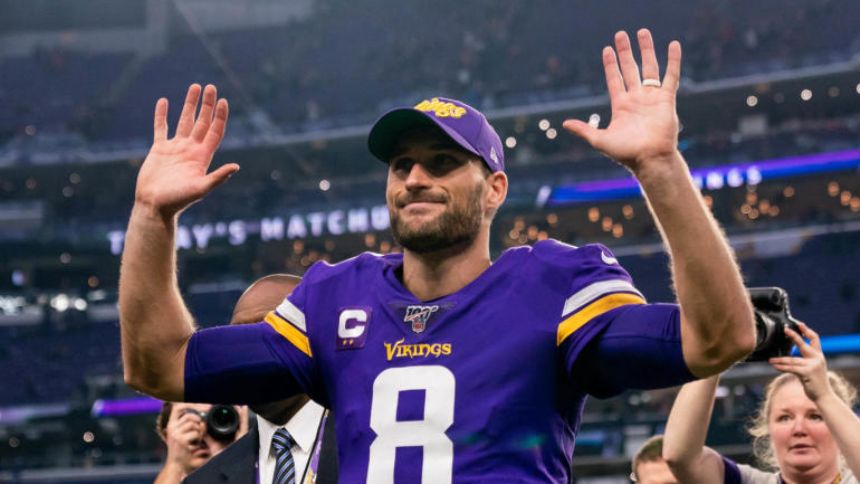 Lincoln Financial Field showcases an NFC matchup on Monday Night Football. The Philadelphia Eagles will host the Minnesota Vikings in the second game of a prime time doubleheader to conclude Week 2 of the 2022 NFL schedule. The Vikings are 1-0 after a 23-7 victory over the Green Bay Packers in the opener. The Eagles are also 1-0 following a 38-35 win over the Detroit Lions, with both teams looking to improve to 2-0 for the first time since 2016.

Kickoff is at 8:30 p.m. ET in Philadelphia. Caesars Sportsbook lists the Eagles as 2.5-point home favorites, while the over/under, or total number of points Vegas thinks will be scored, is 50.5 in the latest Vikings vs. Eagles odds. Before you make any Eagles vs. Vikings picks, you need to see the NFL predictions and betting advice from SportsLine's advanced computer simulation model.

Now, the model has set its sights on Vikings vs. Eagles and just locked in its picks and NFL predictions. You can head to SportsLine now to see the model's picks. Now, here are several NFL odds and betting lines for Vikings vs. Eagles:

Why the Vikings can cover

Minnesota's offense is electric behind wide receiver Justin Jefferson, running back Dalvin Cook, and quarterback Kirk Cousins. The Vikings are also stingy on defense, evident by the team's Week 1 performance. Minnesota held the Green Bay Packers, powered by quarterback Aaron Rodgers, to only seven points, the team's best scoring performance on defense since 2019. The Vikings held the Packers to only 5.3 net yards per pass attempt.

Minnesota was also in the top five of the NFL in third down defense last season, allowing opponents to convert on only 36.4% of attempts. The Vikings were also in the top 10 with 16 interceptions in 2021, and Minnesota is opportunistic. Minnesota also scored on 50% of its offensive possessions in Week 1, generating nearly 400 total yards. Jefferson is in the upper echelon of offensive weapons in the NFL with the most receiving yards (3,200) since the start of the 2020 season.

Why the Eagles can cover

Philadelphia began the 2022 season with a bang on the offensive side of the ball. The Eagles scored 38 points in Week 1, second-most in the NFL, scoring on 50% of their possessions. Philadelphia also generated the third-most total yards (455), with a top-five mark in first downs (27). The Eagles converted 10 of 17 third down chances in the season opener after ranking in the top five of the league in third down efficiency at 45.7% in 2021.'

Philadelphia is particularly impressive on the ground, headlined by 216 rushing yards and four rushing touchdowns in the opener against Detroit. The Eagles averaged 5.5 yards per carry in that game, and Philadelphia led the NFL in rushing yards (2,715) and rushing touchdowns (25) last season. Philadelphia also generated 4.9 yards per carry in 2021, No. 4 in the league, and was near the top of the league with only 16 turnovers and 10 interceptions last season.'

How to make Vikings vs. Eagles picks

SportsLine's model is leaning Over on the total, with both teams projected to run for well over 100 yards. The model also says one side of the spread cashes in over 50% of simulations. You can only see the model's MNF pick at SportsLine.