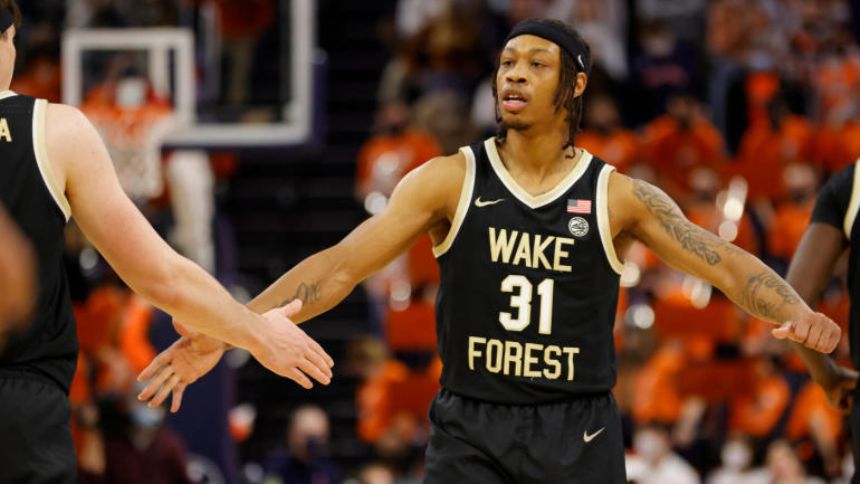 ACC foes face off when the Boston College Eagles (8-9) travel to take on the Wake Forest Demon Deacons (16-4) on Monday evening. Both teams were victorious in their last outings. On Jan. 22, Boston College beat Virginia Tech 68-63. The Demon Deacons blew out North Carolina 98-76 to win their third consecutive game.

Tipoff is at 6 p.m. ET from LJVM Coliseum. The Demon Deacons are favored by 11 points in the latest Boston College vs. Wake Forest odds from Caesars Sportsbook, while the over-under is 141.5. Before making any Wake Forest vs. Boston College picks, you need to check out the college basketball predictions and betting advice from the SportsTek Projection Model.

Now, the model has set its sights on Wake Forest vs. Boston College, and just revealed its picks and CBB predictions. You can visit SportsTek now to see the model's picks. Here are the college basketball odds and trends for Boston College vs. Wake Forest:

Senior guard Alondes Williams has been one of the top players in the ACC. He is ranked first in scoring (20.4) and assists (5.1). Williams is also grabbing 6.8 rebounds and is shooting 55 percent from the floor. The Wisconsin native has scored more than 30 points in three games and also recorded a triple-double this year. In the Dec. 17 win over Charlotte, Williams tallied 34 points, eight rebounds and seven assists.

Junior forward Jake LaRavia is second on the team with 15.6 points, 6.2 rebounds and 3.5 assists. LaRavia is extremely efficient from the floor and is ranked fifth in the ACC in field-goal percentage (60.9). The Indiana native scored more than 20 points in four games thus far. LaRavia has shot 65 percent or better from the floor in three of his last four games.

Senior guard Makai Ashton-Langford is logging 13.2 points, 3.9 rebounds and 3.4 assists per game. The Massachusetts native has played great basketball over his past five games. Ashton-Langford has scored at least 18 points in four of his last five games, including two matchups with over 20 points. In the win over Virginia Tech, he had 18 points, four rebounds and three assists.

Sophomore guard DeMarr Langford Jr. is averaging 10.4 points, 4.9 rebounds and 2.4 assists per game. Langford Jr. has scored at least 15 points in four games so far. In the win over Holy Cross, he tallied a season-best 20 points, three assists and two steals. Freshman guard Jaeden Zackery is another scoring option for the Eagles. Zackery is averaging 9.6 points and is shooting 50 percent from downtown.

SportsTek's model is leaning over on the total, projecting 142 combined points. It also says one side of the spread is hitting almost 60 percent of the time. You can only get the model's pick at SportsTek.