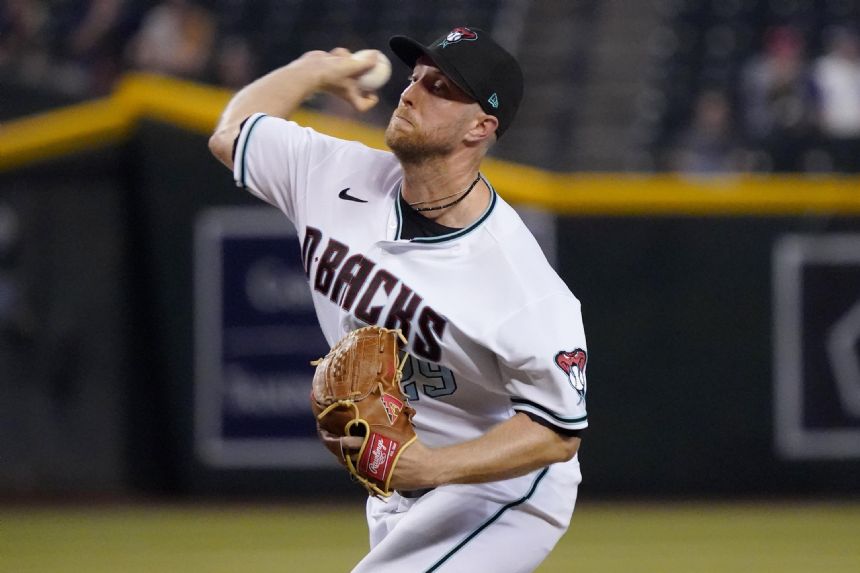 Walker hammered his 31st homer to deep left in the first inning off Milwaukee's Brandon Woodruff, giving the D-backs a 2-0 lead. Geraldo Perdomo's RBI single in the third pushed the advantage to 3-0 and Josh Rojas smashed a two-run double high off the center field wall in the fifth to make it 5-0.

All five runs came with two outs and Rojas' double chased Woodruff (9-4) from the game. The right-hander gave up five earned runs on eight hits over 5 2/3 innings. He walked two and struck out four.

While Arizona's offense was methodical, Kelly (12-5) was dominant. The right-hander flashed the form that made him NL Pitcher of the Month in July, giving up only four hits and no walks while striking out seven. Caleb Smith closed the game with two scoreless innings of relief.

Milwaukee slipped to 69-61 and fell to 6 1/2 games behind the St. Louis Cardinals for the top of the NL Central. Jace Peterson led the Brewers with two hits.

Milwaukee's Christian Yelich left the game after the third inning because of what the team called neck discomfort. He was replaced by Tyrone Taylor.

Brewers: OF Esteury Ruiz and RHP Luis Perdomo were promoted from Triple-A Nashville.