WATCH: Seahawks prank players with fake schedule and help of Will Dissly 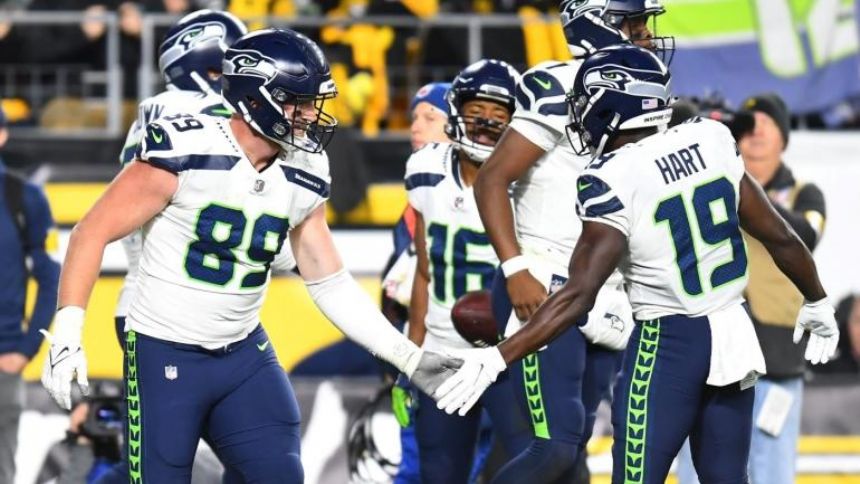 The NFL set the 2022-23 schedule release for Thursday evening and, per tradition, people were excited to find leaks and learn the dates before they were officially announced. This included the Seattle Seahawks, who got an early scoop -- or so they thought -- when tight end Will Dissly started telling them he had gotten a sneak peek at the schedule in Maurice "Mo" Kelly's office.

Dissly wore a spy cam and went around spreading the news as part of a prank planned by the social media department. There was a schedule, but it was a fake one that was less than ideal. Quandre Diggs took a photo of the printed schedule he saw on the desk, and then proceeded to point out what he didn't like. One of his biggest issues was Thanksgiving.'

Diggs -- who was on the Detroit Lions's roster from 2015 to 2019 -- said he played on Thanksgiving for eight straight years before arriving to Seattle. Dissly decided to add to the fire by also pointing out he would not get Christmas off because the Seahawks would be in Arizona that day. Diggs called his girlfriend, who was also not a big fan of the schedule.

"Hey, don't blame me. I just work here, alright?" Diggs told her on the phone.

Diggs wanted to make another call, but this time to talk to the NFL. When asked who he wanted to talk to, he went straight to demanding commissioner Roger Goodell. Dissly laughed but stayed in character.'

The prankster went around telling teammates that Kelly would share the schedule with them after practice. A few of them went to the office and Kelly proceeded to talk to "Jim Dakota" from the NFL office, who was actually played by Steve Lund from the Seahawks ticket office.'

Dakota was on speaker and reminded the players that the unreleased schedule was confidential and that any leak would result in a fine for the team and a loss of future draft pick. After a few minutes, head coach Pete Carroll walked in and pretended to be outraged before he eventually told the truth about the prank.'

Take a look at the full prank video:

but our players didn't know that ?? pic.twitter.com/rVzs9JsbDr

On the real schedule, the Seahawks will kick off their season by hosting the Denver Broncos on Monday, Sept. 12.'