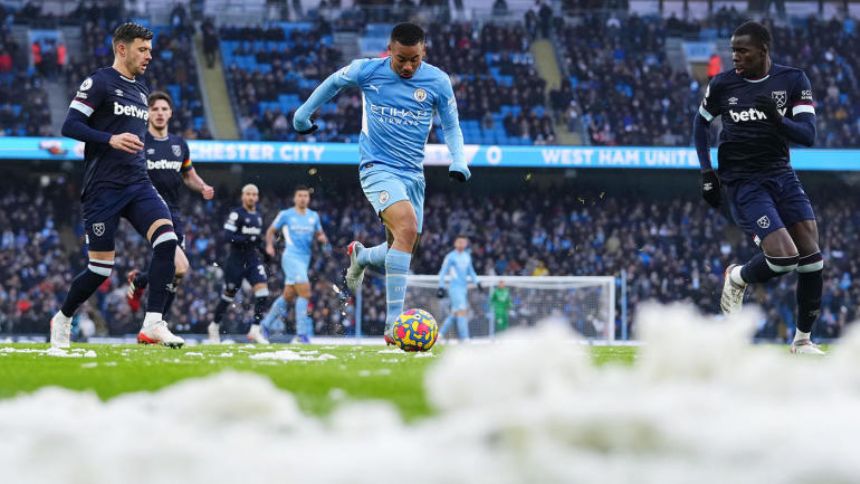 Manchester City can effectively secure the Premier League title in London on Sunday when they face West Ham United. Pep Guardiola's side lead Liverpool by three points with a superior goal difference and only six points left to play for. A win at London Stadium would almost certainly secure them an eighth English title.

Here are our storylines, how you can watch the match & more:

West Ham: A run of five defeats from their last nine with three wins and a draw has knocked David Moyes' men out of UEFA Champions League contention, but they can still catch Manchester United in sixth and are nearly safe in the top seven with Wolverhampton Wanderers trailing them. Said Benrahma picked up a knock during the 4-0 win over Norwich City which he scored twice in.

Manchester City: With seven wins and two draws from their last nine in the Premier League, it is little wonder why Guardiola's men are setting the pace. Four points should probably be enough to see Liverpool off while wins over West Ham and Aston Villa should not be too difficult to obtain. Kyle Walker, John Stones, and Ruben Dias are out for the rest of the season while Aymeric Laporte is also struggling with injury and Fernandinho is a doubt.

Pick: A narrow City win by one goal (2-1). Another win for the visitors and one step closer to the title. It might be tougher than expected given the defensive headaches, but City's attack is too hot to handle as we saw against Wolves.