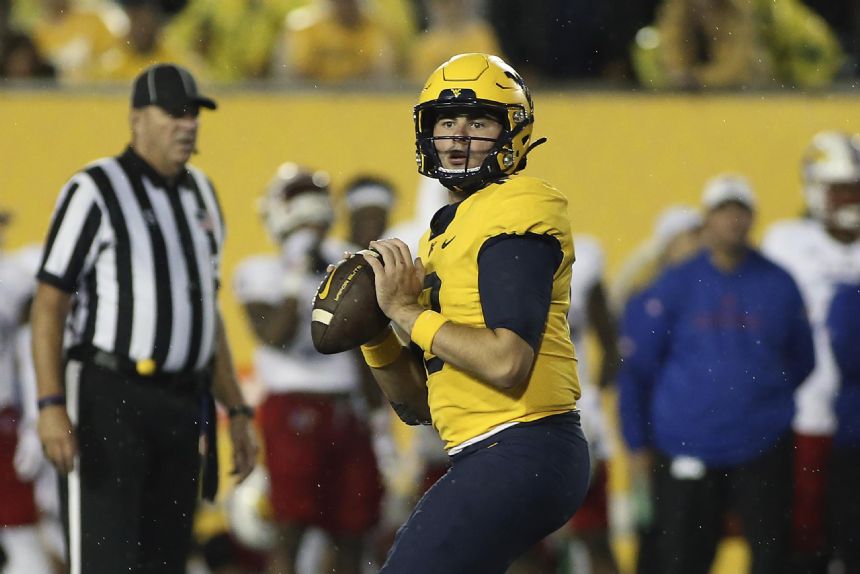 Line: No line, according to FanDuel Sportsbook.

West Virginia is trying to avoid its first 0-3 start since 1979 and desperately needs a win against a Championship Subdivision opponent. The Mountaineers fell to Kansas at home in overtime last week and surrendered two late touchdowns in falling at No. 23 Pittsburgh in the opener. Towson, which beat Bucknell and Morgan State this season, does have a win over an FBS opponent, against Connecticut in 2013.

Towson QB Tyrrell Pigrome against West Virginia's defense. Pigrome threw for 157 yards and three touchdowns and ran for 124 yards against Morgan State. The Mountaineers have surrendered a total of 11 touchdowns on defense. They gave up 200 rushing yards to Kansas. West Virginia's 46.5 points allowed per game ranks 125th out of 131 FBS schools.

Towson: RB Devin Matthews. Towson's leading scorer from a year ago is averaging 83 rushing yards and 4.5 yards per carry.

West Virginia: RB CJ Donaldson. The 240-pound freshman was held to 48 yards on 13 carries against Kansas after rushing for 125 yards in his college debut a week earlier.

Pigrome, who started playing in the 2016 season, is at his fourth school. He previously played at Maryland and Western Kentucky, then transferred to Mississippi in 2021 but did not see action ... West Virginia quarterback JT Daniels has thrown interceptions that were returned for touchdowns in each of the first two games. ... West Virginia will induct three former players into its Hall of Fame on Saturday: quarterback Geno Smith and wide receivers Tavon Austin and Stedman Bailey. They were members of the 2011 team that beat Clemson 70-33 in the Orange Bowl and all three set multiple school offensive records in 2012.