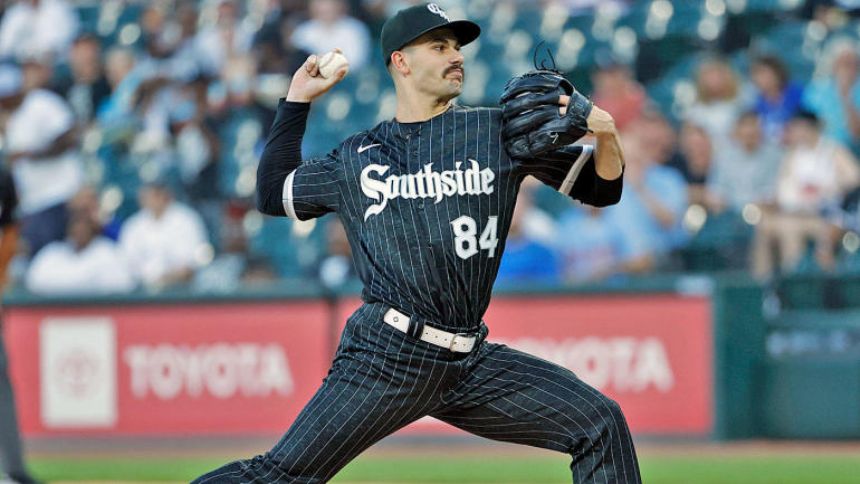 Chicago White Sox right-hander Dylan Cease twirled a gem against the Toronto Blue Jays on Tuesday night. The White Sox wound up squandering the lead Cease helped give them, but they prevailed in 12 innings by the score of 7-6 (box score). For Cease, the outing continued a recent trend of stinginess when it comes to earned runs. That plus his propensity for strikeouts allowed him to join exceptionally rare company:'

Dylan Cease of the @whitesox is the first AL pitcher to have 5 consecutive starts with 5+ strikeouts and no earned runs allowed (since earned runs became an official stat in 1913).

Cease is also the first White Sox pitcher to have five straight starts without an earned run since the earned run became an official stat in 1913. On Tuesday night, Cease worked six innings, allowed no runs on one hit, and struck out 11. He also registered an impressive 20 swinging strikes, which marks the fourth time in 14 starts this season that he's reached that figure. Now for some highlights of his evening:'

The effort lowered his ERA for the season to 2.68 with 108 strikeouts and 36 walks in 74 innings. It must be noted that Cease over these last five starts has allowed 10 unearned runs, which is an exceptionally high total for such a span. Pitchers do bear some culpability for unearned runs, so Cease's recent run isn't quite as impressive as it might seem.'

That said, the 26-year-old, whom the Sox acquired from the cross-town Cubs in 2017, is legit. He broke out in 2021 with a 226-strikeout season, and in 2022 he's been even better. This year, he's added a splitter to his pitch mix, and he's leaned even more on his wipeout slider. So far, that's yielded big results, and it could suggest Cease is ready to reach the next level and stay there for some time. That's important for a White Sox team that's been disappointing thus far but still figures to make a run at some point in the fairly weak AL Central.'