Who is Jalen Tolbert? A look at the Cowboys' rookie wideout 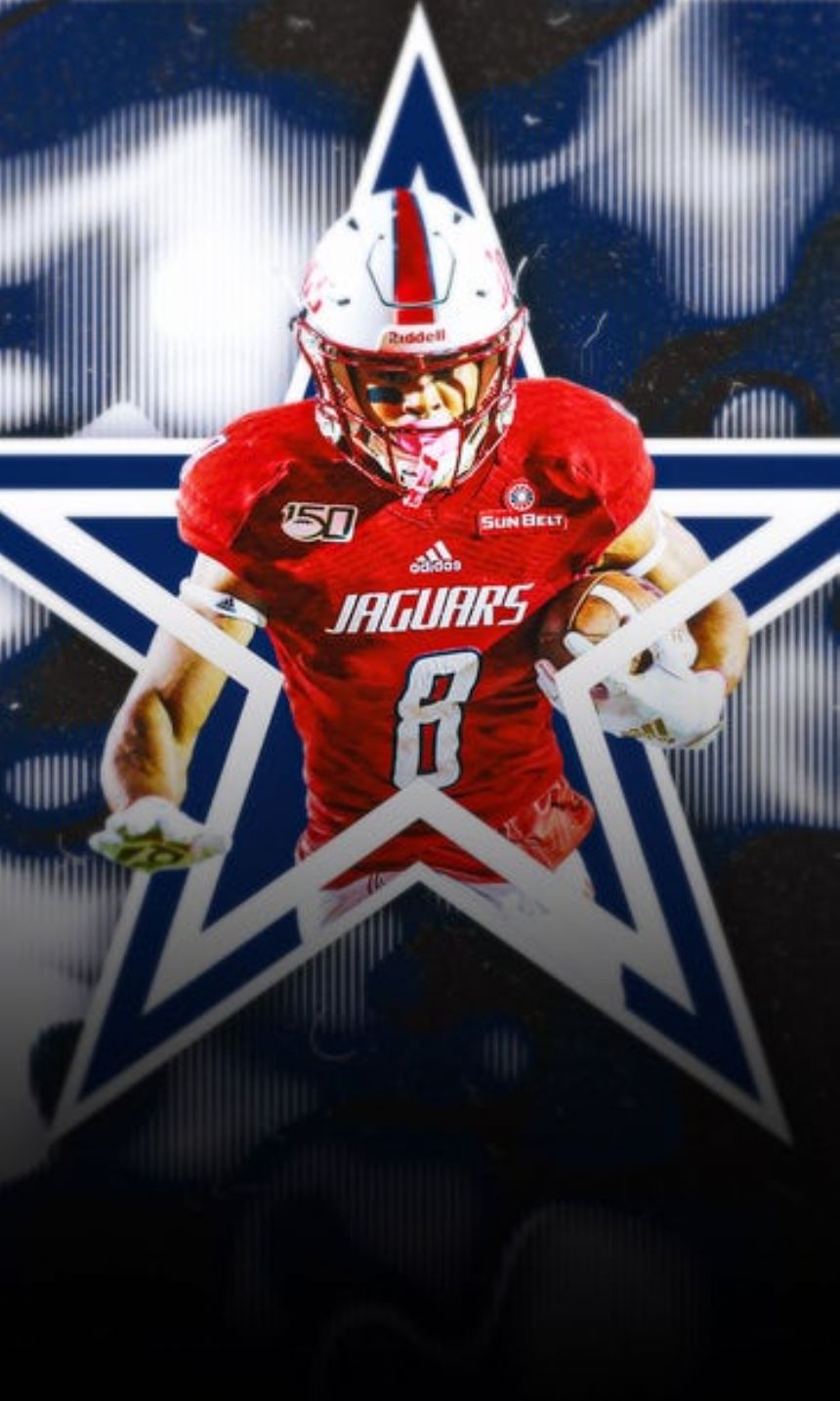 Dallas Cowboys rookie wide receiver Jalen Tolbert has his work cut out for him this season - especially because there's already a ton of buzz surrounding the 23-year-old.

Pro Football Focus recently listed Tolbert - the Cowboy's third-round pick out of South Alabama - as a very likely breakout candidate in the NFC for the upcoming 2022-23 season.'

"CeeDee Lamb is expected to solidify his WR1 standing this year in spite of a few unknowns around him in the Cowboys' receiving room," PFF wrote. "Michael Gallup may not be ready for Week 1 while still recovering from an ACL tear, leaving the position of Robin to Lamb's Batman up for grabs.

"Dak Prescott's deep connection with Gallup (95.5 grade on deep passes in 2021) could be taken over by the rookie Tolbert, at least early on, or semi-veteran James Washington. Tolbert had five receiving touchdowns on 20-plus yard passes en-route to his career-high 98.2 deep receiving grade at South Alabama last season. The third-rounder boasts the upside to come in and hold down the WR2 position while remaining a mainstay in the Dallas passing offense once Gallup returns."

Dallas certainly has confidence in and high hopes for the 6-foot-1, 194-pound Tolbert, as the Cowboys admitted they considered taking him in the second round at No. 56, but opted to gamble and wait until their next pick to grab him.

As stated, Tolbert is set to join an offense that will likely see Lamb solidify his WR1 status after Dallas traded four-time Pro Bowl receiver Amari Cooper to the Cleveland Browns this offseason. The Cowboys are also expected to start the season without Gallup, who is recovering from an ACL tear.

The Mobile, Alabama native racked up 82 catches for 1,474 yards and eight scores in 12 games for the Jaguars last season en route to being named the 2021 Sun Belt Offensive Player of the Year.

Tolbert was the only WR drafted by the Cowboys, but Dallas also went on to agree to terms with four undrafted rookie receivers - Dontario Drummond (Ole Miss), Ty Fryfogle (Indiana), Dennis Houston (Western Illinois) and JaQuarii Roberson (Wake Forest) - to bulk up its wide receiver room.

It seems the young receiver era has officially begun in Big D.