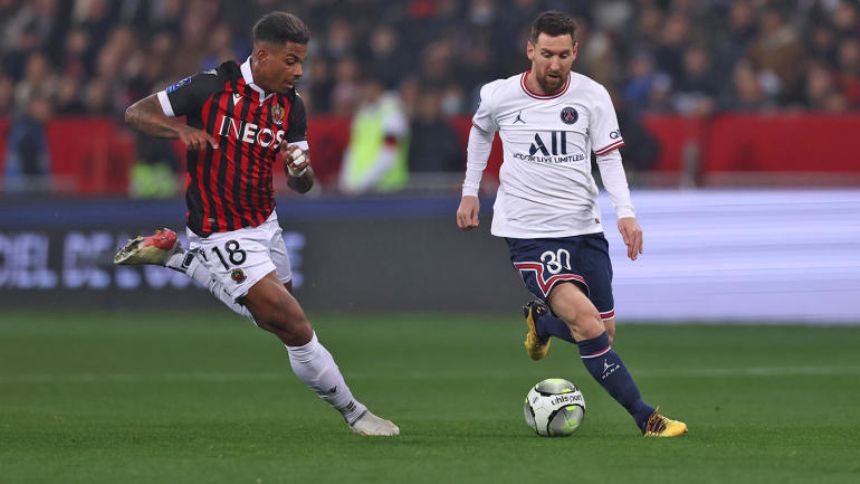 Paris Saint-Germain are playing for their season this coming week in the UEFA Champions League after Saturday's 1-0 loss to OGC Nice in Ligue 1 handed Mauricio Pochettino's men their second league defeat from three outings.

Andy Delort scored a late winner for Christophe Galtier's hosts at Allianz Riviera as PSG failed to fire without the suspended Kylian Mbappe, but the result was about more than the French superstar's absence.

Pochettino's squad have been complacent too often this campaign -- with or without Mbappe -- and this was another flat showing from the Argentine's players largely in keeping with the majority of their domestic form this term.

The difference between PSG being able to dig out a win or at least escape with a point is that most Championnat rivals are not the well-drilled Aiglons side that the reigning titleholder tactician has assembled.

Delort's winner might not be enough to breathe new life into the title race here, but it does mark Nice out as a side capable of pushing PSG harder next season and potentially challenging for the title.

Meanwhile, for Les Parisiens, everything hinges on the Champions League more than ever and next week's Real Madrid clash had the potential to make or break PSG's season. You can stream Wednesday's showdown on Paramount+.

Ligue 1, for better or worse, is almost certainly secured while Nice ended their Coupe de France hopes in the capital a few weeks ago and finish the campaign unbeaten against the capital club.

Should PSG find themselves eliminated by Real, this term will effectively be over months ahead of time with Mbappe yet to decide on his future and Pochettino almost certain to be replaced as head coach.

To say that the French giants are playing for their season in Madrid is no understatement, but perhaps that suits them best as the pressure and zero margin for error often produces their most convincing displays.

Pochettino and his players are depending on it and cannot anything less than at least a repeat of the first leg at Parc des Princes last month.