Why the Red Sox are actually an excellent value vs. Astros, plus other best bets for Monday 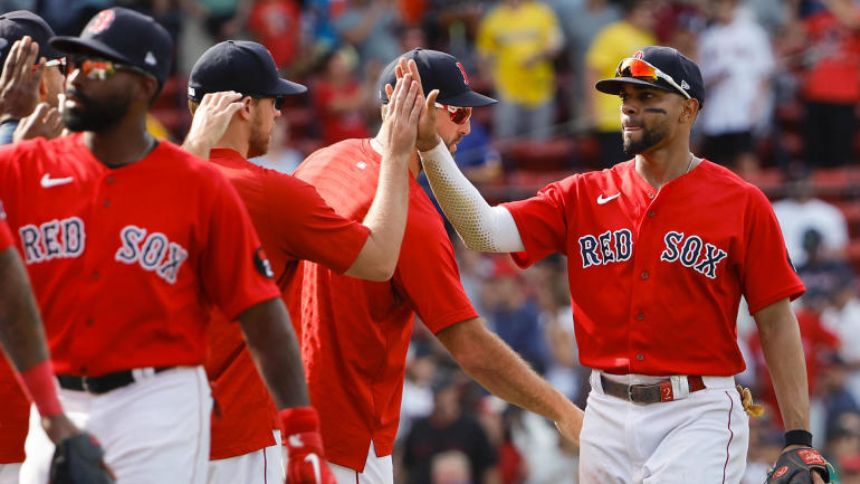 Hello, everybody, it's me, Tom Fornelli, and I have returned from my vacation. I hope you didn't miss me too much but missed me a little. It's an exciting time to return because it's the first day of August, so we're finally in a month that will feature football games.'

Seriously, the NFL's first preseason game is this week as the Jaguars and Raiders will play in the Hall of Fame Game. We might even bet on it!

The rest of the NFL won't begin its preseason schedule until next week, including the Cleveland Browns, who start their preseason on August 12 against the same Jaguars team that will play Thursday. What isn't known yet is whether or not Deshaun Watson will play in that game or how many games Watson will be available to play during the regular season. Former federal judge Sue L. Robinson handed down her judgment in the Watson case Monday morning, suspending Watson for six games.

If the recommended suspension stays, Watson won't be eligible to play in the regular season for the Browns until the team's Week 7 game at Baltimore. But that's only if the suspension isn't lengthened. The NFL released a statement following the announcement stating it would review Robinson's "imposition of a six-game suspension and will make a determination on next steps."

I want to start with a disclaimer: If the Red Sox trade somebody important between the time I'm writing this, and it reaches your inbox, back off. That's one of the difficulties of betting baseball around the trade deadline, especially when the game involves a team that could be selling off its big league roster like the Red Sox might. Hell, it's not out of the question that somebody in the Red Sox clubhouse walks to the other side of Minute Maid today.

However, if things stand as they are, the Red Sox are an excellent value. Recency bias causes everyone to forget Boston was 20-6 in June. So, if you look at them over a two-month span, they've 28-25 since the start of June, yet they're being priced here like the team that went 8-19.

Which isn't to say they're going to bounce back tonight. There's no guarantee. The offense has been suffering from a power outage lately and will be facing a difficult pitcher in Luis Garcia tonight. Still, Boston will send Nathan Eovaldi to the mound, and he's a plus-value pitcher this season. He rarely walks hitters and gets a lot of groundball contact. As things stand, I'd take the Red Sox anywhere down to +145.

Here's what SportsLine is saying about the game:'The SportsLine experts and I are all over the place on the outcome of this game, but the Projection Model has a strong lean toward one side of the total.

The Pick: Over 9 (-105) --'Two starting pitchers who don't miss bats and weather conditions that should result in plenty of carry for flyballs? We've got ourselves a potent mix of factors that lead me to believe the total in Cleveland isn't high enough.

The Guardians are only a game out of first in the AL Central. Tonight's starter, Cal Quantrill, has been a reason for that surprise, as he's posted an ERA of 3.97 in 111 innings -- but it's not the kind of performance that seems sustainable.

Quantrill's strikeout rate of 15.1% is awful, and while I wouldn't go as far as saying he's got a horseshoe crammed somewhere you wouldn't want it, the man has benefitted from some luck. Arizona is sending Zach Davies to the bump tonight, and he's got a lot in common with Quantrill as far as results and performance have worked more in his favor than they probably should have. There's a chance the rain could come and wash this one away, but we should see runs on the board if it doesn't.

The Pick: Over 9 (-120) --'We've got a similar situation in Chicago tonight to the one in Cleveland. White Sox starter Michael Kopech is supposed to be a flamethrower who misses bats routinely, but his strikeout rate of 21.4% this season is below the league average. His walk rate of 12.3% is well above it, yet he's posted a 3.16 ERA because hitters consistently have difficulty squaring him up.

Or they did for a while. Kopech had a 1.92 ERA after his first 11 starts this season, but things have changed dramatically since mid-June. He's allowed 20 earned runs in his last 36.2 innings over seven starts for an ERA of 4.91. He's only managed 27 strikeouts to 21 walks in that span as well.

Kopech will be facing a diminished version of the Royals offense than the one he faced earlier this year when he allowed two runs in five innings and walked four, but unless his form improves, any contact could be bad contact the way the ball should be carrying. As for the Royals, Brad Keller starts, and he does not miss bats and loses control too much. Sox hitters have also seen plenty of him, so he won't be able to fool anybody. There's a strong chance of a high-scoring affair on the south side of Chicago tonight.

?? SportsLine Pick of the Day:'SportsLine's Larry Hartstein is a remarkable 55-36 in his last 91 MLB picks and he's got a strong play on the spread tonight between the Mets and Nationals.