Will Kirk Cousins break his Monday Night Football curse? Plus, other best bets for tonight 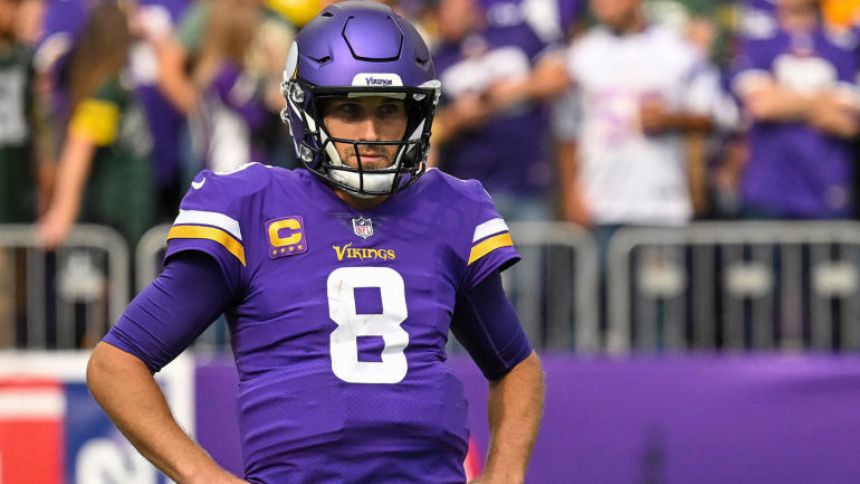 Happy Monday gamblers, it's Chris Bengel back with you. What an NFL Sunday that was.

More than other other sport, you absolutely never can forecast what is going to happen when it comes to the NFL on a weekly basis. The Jets erasing a two-touchdown deficit against the Browns in the final 90 seconds of the fourth quarter was something out of a movie. We also saw the Cardinals erase a 20-0 halftime deficit against the Raiders and earn a walk-off scoop-and-score in overtime.'

Oh, and we have two more NFL contests on the schedule tonight. Let's get to the picks.

One of the biggest storylines in the contest -- between two of the NFC's best so far -- will be Vikings All-Pro wideout Justin Jefferson facing the team that passed on selecting him in the 2020 NFL Draft. The motivation will certainly be there for Jefferson, but I'm still siding with the home team in this spot.

These two have been very evenly matched in recent years, but the Eagles are the slightly better team here. As we saw in Week 1 against the upstart Lions, the Eagles' offense is as dangerous as any across the league. Star wide receiver A.J. Brown went off as he recorded 10 catches for 155 yards in Week 1 and, as dangerous as Philadelphia's air attack is, the ground game is where the Eagles got the job done. They had four rushing touchdowns against the Lions.'

Now, the Vikings possess two extremely talented pass catchers in the form of Jefferson and Adam Thielen. Jefferson also had a big Week 1 to the tune of nine catches for 184 yards and two touchdowns against the Packers. However, the Eagles do have a pair of superb corners in Darius Slay and James Bradberry that will make life more difficult this time around. I expect this to be a fairly close affair, but it should be taken into account that Vikings quarterback Kirk Cousins has a 2-9 career record on Monday Night Football. I'll take the Eagles by a field goal at home.

Titans at Bills, 7:15 p.m.'| TV: ESPN
The Pick: Josh Allen Over 264.5 Passing Yards (-117):'-- The Bills absolutely manhandled the defending Super Bowl champion Rams in a dominant 31-10 season-opening win last week. A big reason was the play of Josh Allen, who finished 26-of-31 for 297 yards and three touchdowns on the night.

Even with one of his top wideouts in Gabe Davis being questionable, Allen should have no problem clearing this bar. After all, the Titans yielded 245.2 passing yards per contest in 2021, which was 25th in the NFL. In addition, this is a Titans defense allowed Daniel Jones to register a 115.9 quarterback rating in Week 1. Yes, Daniel Jones. If Jones can do it, I have no doubt that Allen will throw all over the Titans defense at home.

Key Trend: Allen has recorded at least 265 passing yards in four of his last six games

The Pick: Jalen Hurts Over 51.5 Rushing Yards (-125) --'This is a fairly large number for a quarterback rushing yards prop, but I have no doubt that it's one that Eagles quarterback Jalen Hurts can easily surpass.

Coming out of the gate in Week 1, the Lions pass rush was aggressive in getting after Hurts, which didn't allow the star signal caller to go through his progressions very often. What did Hurts do? He just tucked the ball down and ran 17 times for 90 yards and a touchdown.' It's not exactly the first time that Hurts has been extremely active in the rushing attack.

Over his last 11 games, Hurts has registered at least 52 rushing yards in seven of those contests. In addition, he has topped the 60-yard mark in five of those games. If the Vikings come after Hurts like they did Aaron Rodgers in Week 1, Hurts has the athleticism and speed to break containment and make plays with his legs.

Key Trend: Hurts has rushed for at least 52 rushing yards in seven of his last 11 games