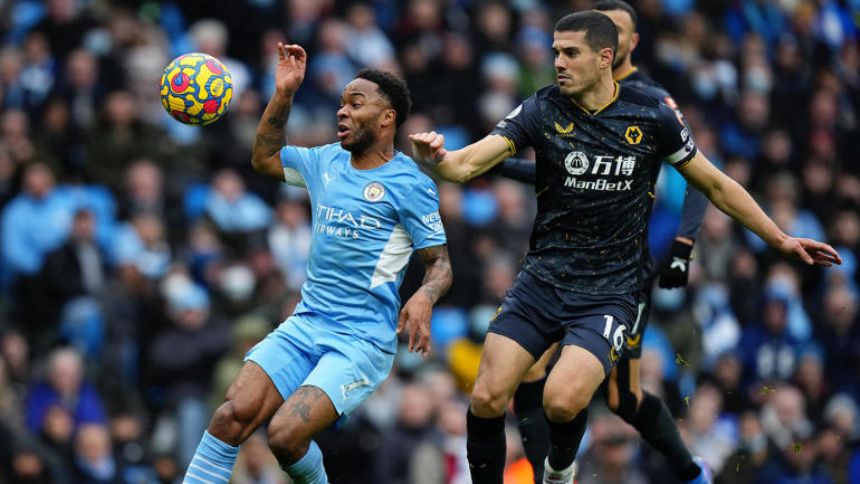 Wolverhampton Wanderers host Manchester City on Wednesday and depending on Liverpool's result against Aston Villa on Tuesday, Pep Guardiola and his players could virtually secure the Premier League title at Molineux. Wolves are lurking just outside the European places with games in hand and can be trick opponents on their day despite a barren recent run. Can they halt City's progress and help Liverpool back into the race?

Wolves:'Daniel Podence will miss out, although he is expected to be back before the end of this season. Maximilian Kilman and Nelson Semedo both remain out while Romain Saiss could pay for a disastrous outing against Chelsea. Chiquinho and Trincao could come in with Pedro Neto expected to drop out.

The latest from our medical team.

City:'Kyle Walker, John Stones, and Ruben Dias are all out for the rest of this season. Nathan Ake has a sprained ankle, leaving Aymeric Laporte as the only fit central defender which should see Fernandinho partner him. CJ Egan-Riley and Luke Mbete could see minutes. Riyad Mahrez and Bernardo Silva should return after being rested.'

Wolves:'Three losses from the last four is not good enough for Bruno Lage's men and points will be needed against one of City or Liverpool if Europe is to be reached. Norwich City is arguably the only fixture that Wolves might expect points in so anything here or on the final day of the season would be useful.

City: Guardiola was mum when asked by reporters about Erling Haaland potentially passing a physical to soon sign a deal for next season. "I would love to talk honestly, but I can't," Guardiola said on Tuesday.

Pep's not hiding his excitement. ??

As for the upcoming fixtures: Wolves, West Ham United and Villa should all be straightforward enough for Guardiola and his players to get what they need to be crowned champions. The Hammers are arguably the toughest opponents but there might not be anything left to play for if Villa do City a favor against Liverpool.

This one should be easy enough for the visitors who know that three more wins will seal the title. It could be made easier if Liverpool fail to win on Tuesday, but City showed against Newcastle United that their UEFA Champions League setback will not derail their title bid.'Pick: Wolves 0, Man City 2.