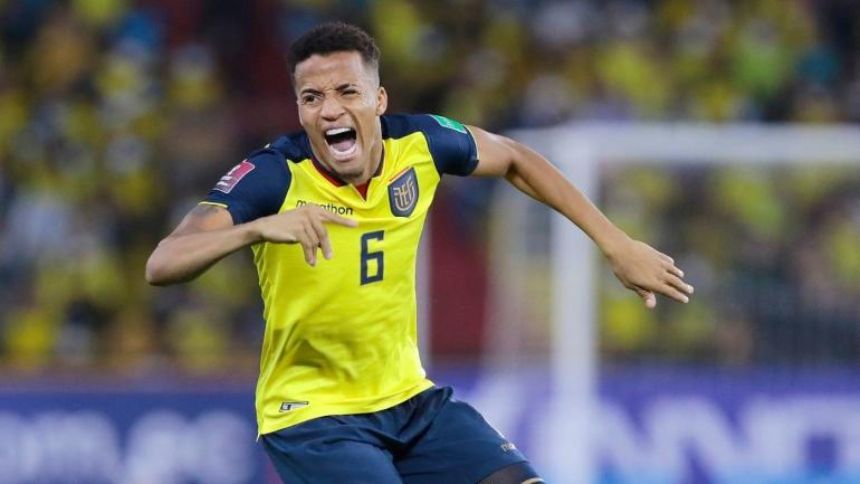 CONMEBOL World Cup qualifying has been full of unbelievable stories. First there were the'health officials storming a CONMEBOL World Cup qualifier between Brazil and Argentina and stopping the match but on Wednesday FIFA announced a step that good if it develops top that. Soccer's governing body announced that it has opened an investigation into accusations made by the Chilean FA that the Ecuador national team fielded a Colombian player. The professional in question is 23-year-old right back Byron Castillo. Chile allege that Castillo was not born in Ecuador, and as a result, not eligible to represent Gustavo Alfaro's side in World Cup qualifying.

Here's the statement from FIFA:

As recently confirmed by FIFA, the Chilean Football Association has lodged a complaint with the FIFA Disciplinary Committee in which it made a series of allegations concerning the possible falsification of documents granting Ecuadorian nationality to the player Byron David Castillo Segura, as well as the possible illegibility of the said player to participate in eight qualifying matches of the national team of the Ecuadorian Football Association (FEF) in the preliminary competition of the FIFA World Cup Qatar 2022™.

Bearing the above in mind, FIFA has decided to open disciplinary proceedings in relation to the potential ineligibility of Byron David Castillo Segura with regard to the above-mentioned matches. In this context, the FEF and the Peruvian Football Association have been invited to submit their positions to the FIFA Disciplinary Committee.

If Ecuador are found to have fielded an ineligible player or participated in aiding the falsification of documents, a potentially massive punishment could await. Ecuador are already qualified for the 2022 World Cup after an exceptional campaign, but Chile want Ecuador's spot based on what they believe to be true about Castillo.

Why would Chile get the World Cup spot?

At first glance it would seem absurd for Chile to expect to get into the November's Qatar World Cup based on a theoretical disqualification of Ecuador. Here were the final standings in South America, with the top four going to Qatar, and fifth place going to an intercontinental playoff.

It seems like if Ecuador gets disqualified Peru should just take their spot, with Colombia moving into fifth place and the playoff. Chile are way back in seventh place, four points behind current sixth place team Colombia. However, if rather than simply disqualifying Ecuador, FIFA were to instead force them to forfeit only the eight matches in which Castillo played in, which include both matches against Chile, then they would end up as the fourth place team.'

The math is important. This is not the first time that Chile have lodged a complaint like this. During qualifying for the 2018 World Cup, Chile successfully lodged a complaint against Bolivia's Nelson Cabrera but were unable to move up the standings because Cabrera had also played against Peru, the team who they were hoping to leapfrog. This time around, they know in advance that if their appeal is upheld the adjustments to the table work in their favor.

So, will Chile's appeal be successful? It's a complicated situation. On the one hand, it seems that Castillo's official documentation has long had question marks surrounding it. As far back as 2015 clubs had enough questions about the authenticity of his documents that they declined to complete a transfer for him, though those questions were in relation to his age rather than his place of birth. The Ecuadorian legal system conducted its own investigation before he was called up to the national team, asserting that he was, in fact, eligible.

Castillo played for Ecuador only after he was cleared to by a court, and that Ecuadorean officials have insisted should be the end of it. Chile are now pushing for FIFA to rule on this.

Further complicating matter is the possibility that Chile are confusing Byron with his older bother Bayron, however. According to ESPN, Byron's older brother Bayron, who is deceased, may have been born in Colombia with the younger Castillo being Ecuadorian. Regardless, FIFA will now have to wade into the situation and make a decision which could upend which South American sides will be on their way to Qatar long after the qualifying matches have ended on the pitch.