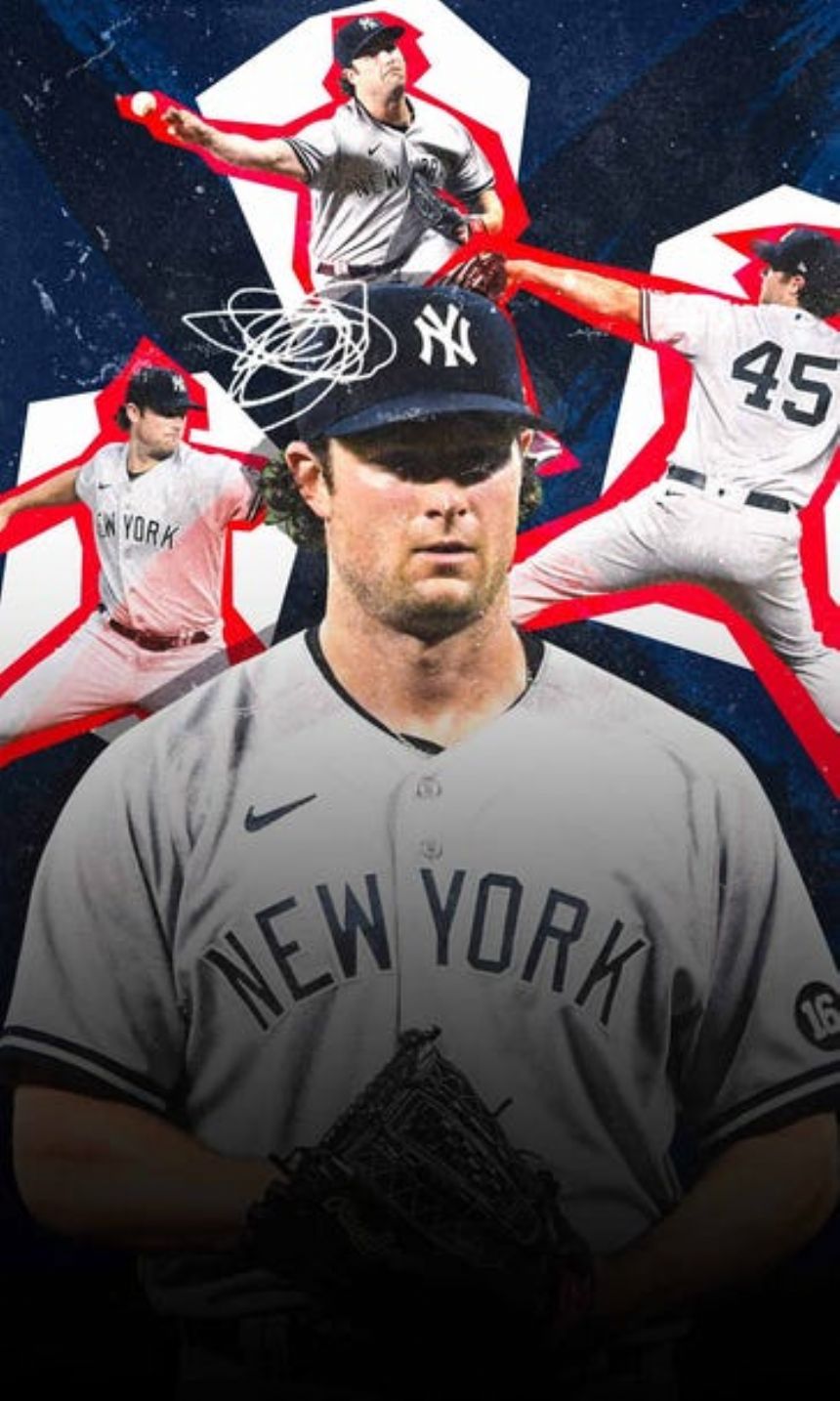 NEW YORK - An ace, in its simplest characterization, is a starting pitcher the manager can give the ball to every fifth day and feel, unequivocally, that he will help the team win.

Two years and eight months ago, the Yankees thought they found that ace. They paid him what was, at the time, a record-setting nine-year, $324 million contract to come to New York, adorn the pinstripes, and take them to the promised land.'

Jump forward to Wednesday afternoon at Yankee Stadium, and it's becoming clear the Yankees don't have that ace they can count on, and they're not even getting what they paid for.'

Gerrit Cole dropped the ball Wednesday in what was supposed to be a pitchers' duel.'

The "ace" gave up six earned runs, including three home runs, in the first inning against the Mariners. Those are the most runs Cole has allowed in a single inning in his 10-year career. But it was also the fifth time this season Cole has coughed up five runs or more in a start. That fragility is not going to fly in the postseason.

Seattle jumped all over Gerrit Cole in the first inning and built a 6-0 lead as Eugenio Suarez, Carlos Santana and Jarred Kelenic all hit home runs.

With new Seattle trade pickup Luis Castillo on the other side, the game was all but over before Cole could even record his first three outs of the afternoon. The only thing he could do was try to finish his start and save the bullpen from covering the final 24 outs.'

Cole logged six innings on 103 pitches as the Yankees dropped the series to the Mariners, losing two out of three, on the heels of their 7-3 loss Wednesday.'

"It's kind of hard to believe how much it just blows up so quick," Cole told reporters after his start. "I'm trying to be excellent out there, and obviously the game is letting us know we're not there. We gotta keep grinding. It doesn't feel good. We let the series get away from us because of a very poor first inning, and that's on me."'

Cole was searching and flailing in that ugly first inning. Besides a poor game plan against the Mariners which both Cole and his catcher, Kyle Higashioka, unpacked in their postgame interviews, the right-hander was puzzled as to why the Seattle lineup, which batted around in the opening frame, wasn't biting on his curveballs.'

The problem, Cole later realized, was that he should've thrown more fastballs to try to limit the damage. Instead, both his pitch selection and location was off.'

Ben Verlander explores whether the Yankees will end the season with the best record in MLB.

The Big Bad Inning is becoming a troubling trend for Cole and the Yankees. An ace should be able to adjust on the fly and refrain from melting down before his team's offense has even walked up to the plate. But Cole could do neither of those things in the first inning Wednesday, at least in part because of an inability to switch to Plan B and throw more fastballs before things had already spiraled.'

Cole did manage to finish his outing by retiring 17 of his next 19 batters. But his failure to adjust in the first inning cost the Yankees a big fat L in front of 42,169 fans.

"Just a tough inning where he was struggling to find his command and his rhythm," Yankees manager Aaron Boone said. "Unfortunately, we're behind the eight ball there. We gotta find a way to just, when you're going through a struggle there, to limit some damage. That's hurt us from time to time. Some of those crooked numbers are getting us."

Cole has permitted 15 runs (14 earned) in his last three starts and 18 innings. His 3.56 ERA is ranked 33rd in MLB. Cole's 21 home runs allowed this season are second-most in the American League, trailing only Jose Berrios' 22 home runs permitted.

To be fair, the Yankees "ace" has also turned in some terrific outings for them this year - notably his six scoreless innings against the Rays in June followed by another 7.1 innings of one-hit ball against Tampa a week later. His 131.1 innings pitched are right at the top for sixth-most in MLB. Some of those performances from his first half of the season earned Cole his fifth career All-Star nod at last month's festivities at Dodger Stadium.'

But again, the Yankees doled out a record-setting $36 million average annual value for Cole to be someone they could count on, to be someone who would turn in consistent, stress-free outings. It's no doubt frustrating for the self-described perfectionist on the mound. Cole is grinding and working incredibly hard in an attempt to get over this hump.'

The Yankees, meanwhile, hope that's all this is: a short-term issue that will get resolved before the calendar flips to October.'

Because we all remember what happened at last year's AL Wild Card game in Boston, when Cole allowed three runs on four hits to the Red Sox. His night was over after just two innings, and the Yankees' season ended soon after.

Ben Verlander breaks down why the Yankees were big winners at the MLB trade deadline by adding Frankie Montas,'Lou Trivino, and'Andrew Benintendi.

Until Cole can prove he can be counted on for the 70-36 Yankees, with a thundering lineup that features the scariest slugger in the game right now in Aaron Judge, he can't really be considered the team's ace.'

In the meantime that moniker should go to Nasty Nestor Cortes, whose 2.53 ERA is ninth-best in baseball and sixth-best in the American League. If the postseason started today, Cortes has earned the opportunity to get the ball in his hand for Game 1 of the ALDS.'

Deesha Thosar is an MLB writer for AP Sports. She previously covered the Mets for more than three seasons as a beat reporter for the New York Daily News. Follow her on Twitter at @DeeshaThosar.