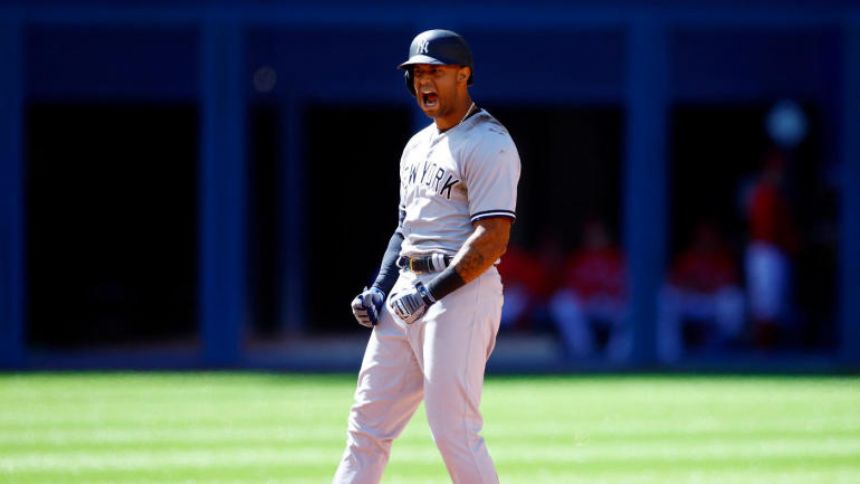 The New York Yankees just keep rolling. Saturday afternoon the Yankees shut out the Toronto Blue Jays at the Rogers Centre (NY 4, TOR 0) to extend their winning streak to nine games. The Yankees have won nine straight games, 16 of their last 17 games, 30 of their last 38 games, and 42 of their last 52 games. Their plus-144 run differential is far and away the best in baseball.

Starter Jameson Taillon held a strong Toronto lineup scoreless across 5 2/3 innings -- the Yankees have allowed no more than one run in nine of their 16 games in June -- and the big blow on offense was Aaron Hicks' two-out bases-clearing double against likely All-Star'Alek Manoah in the fourth inning. To the action footage:

Hicks went into Saturday's game with a career .125/.299/.161 batting line with the bases loaded, and the double was his first extra-base hit with the sacks full since 2017. He has struggled mightily with the bases loaded throughout his career, then he came through with a big double against a Cy Young candidate. That's the story of the 2022 Yankees. Everything is going right.

Righty Clay Holmes recorded the final four outs Saturday and extended his scoreless streak to 31 2/3 innings and 29 appearances. Those are new franchise records. Hall of Famer Mariano Rivera (who else?) held the previous records at 30 2/3 scoreless innings and 28 scoreless appearances. Holmes last allowed a run on Opening Day and owns a 0.90 ERA in 60 innings since coming over in a trade with the Pittsburgh Pirates at last year's deadline.

There have been five winning streaks of at least nine games this season and the Yankees have two:

Saturday's win improved the Yankees to an MLB-best 49-16 on the season, putting them on pace for 122 wins. Every other team has at least 23 losses and the Yankees are 12 games up on the second-place Blue Jays in the AL East. The 2022 Yankees are the eighth team in history to win at least 49 of their first 65 games. Here are the other seven, listed chronologically:

"I understand where we are, I understand the kind of start we're off to and the kind of position we're in and I'm thrilled about that, obviously,"'Yankees manager Aaron Boone told MLB.com prior to Friday's game. "But we also understand, as a team and as a group, we ain't done nothing yet ... It's probably boring, but that's how we're rolling."' ''

The Yankees will look to finish the sweep and extend their winning streak to 10 games in the series finale against the Blue Jays on Sunday afternoon. New York will send righty'Luis Severino, who missed Thursday's start because of an illness, to the mound against lefty Yusei Kikuchi.