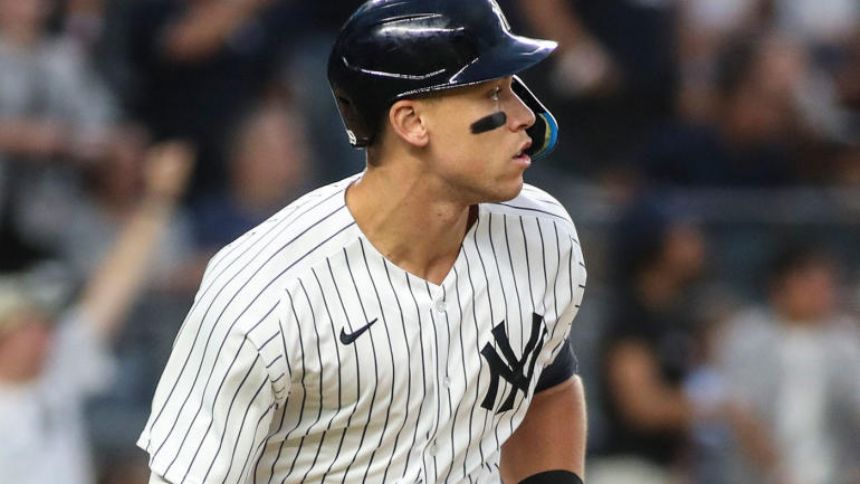 The Seattle Mariners (55-48) and the New York Yankees (69-34) square off on Monday night in the first contest of a three-game series. New York has won three of its last four games. Meanwhile, Seattle has done the opposite, losing three of its four previous matchups. Domingo German (0-1, 8.22 ERA) is starting for the Yankees. Marco Gonzales (6-10, 3.66 ERA) is on the hill for Seattle.

The first pitch is set for 7:05 p.m. ET. New York is the -190 money-line favorite (risk $190 to win $100) in the latest Mariners vs. Yankees odds from Caesars Sportsbook, while Seattle is the +158 underdog. The over-under for total runs scored is nine. Before making any Yankees vs. Mariners picks, be sure to see the MLB predictions and betting advice from SportsLine's proven computer model.

Now, the model has set its sights on Yankees vs. Mariners and just locked in its picks and MLB predictions. You can head to SportsLine now to see the model's picks. Now, here are several MLB odds and betting lines for Mariners vs. Yankees:

Outfielder Aaron Judge has been on a different planet throughout the year. Judge is completely obliterating baseballs on a regular basis, thanks to his superb hands and outstanding strength. The four-time All-Star is consistently pushing the ball into all gaps and creating offense for the Yankees. Judge is now first in the majors in both home runs (42) and RBIs (91). Over his past four games, he's 6-for-14 with four home runs and nine RBIs.

Third baseman DJ LeMahieu is a consistent player offensively and defensively. LeMahieu has good awareness of the strike zone with a compact swing. The three-time All-Star owns home-run power with a stout glove in the corner. LeMahieu is batting .285 with 11 home runs and 42 RBIs. Over his two last contests, he's gone 5-for-10 with two home runs and four RBIs.

Third baseman Eugenio Suarez is a good defender with an excellent throwing arm and solid instincts. Suarez owns good plate discipline with home-run power in his swing. The 31-year-old is second on the team in home runs (16) and tied for second in RBIs (52). Suarez will look to continue his solid campaign.

Left fielder Jesse Winker is a smooth batter with great hands and a calming approach. Winker is able to spread the ball to all parts of the field. The 28-year-old knows how to consistently get on base and creates opportunities to score. Winker has nine home runs with 37 RBIs. In his last outing, he belted a two-run homer.'

SportsLine's model is leaning under on the total, projecting 8.5 combined runs, and it says one side of the money line has all the value. You can only get the MLB model's picks at SportsLine.

So who wins Yankees vs. Mariners? And which side has all the value? Visit SportsLine now to find out which side of you need to jump on, all from the model that has crushed its MLB picks, and find out.