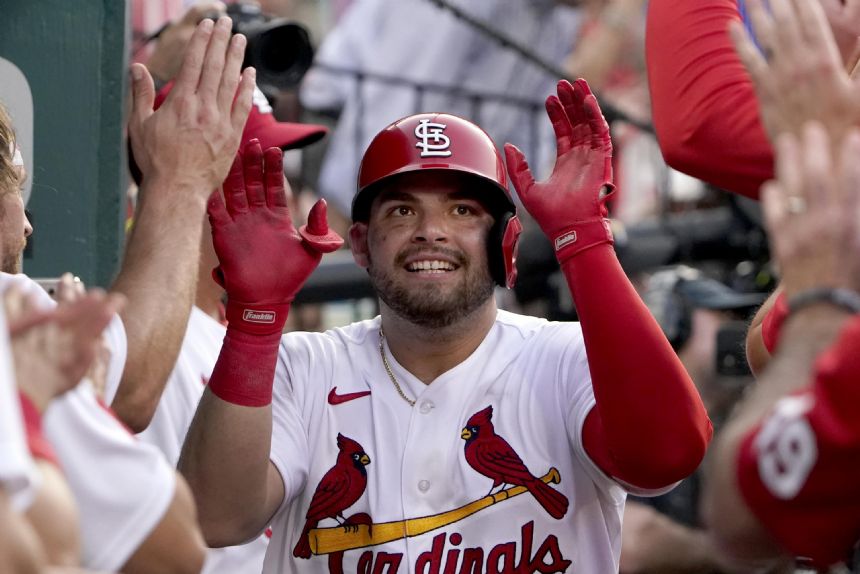 Yepez continued a sizzling start to his career. He has hit safely in all seven games since being called up on May 3. He hit a homer in the second inning of Spenser Watkins (0-1) and has reached base in 13 of his first 25 plate appearances.

Yepez's seven-game streak is the longest by a St. Louis player to start a career since Magneuris Sierra hit in his first nine games in 2017. Yepez went 2 for 5 and is hitting .444.

Mikolas (3-1) allowed one run on four hits. He struck out three and walked one. Mikolas has allowed two runs or less in all seven starts this season.

Tommy Edman also drove in a pair of runs for the Cardinals.

Watkins gave up eight hits and seven earned runs in 3 2/3 innings. He struck out three and walked two.

Even with the loss, Baltimore has won seven of 11 after a 6-14 start to the season.

ON THE REHAB TRAIL

St. Louis RHP Drew VerHagen will start for Double-A Springfield against Amarillo on Thursday. VerHagen was placed on the injured list on April 22 with right hip impingement. This will be his second rehab start. He was 0-3 with a 5.79 ERA in three appearances prior to the injury.

Orioles: INF Ryan Mountcastle missed the game due to left wrist soreness that had been bothering him the last couple days. INF Ramon Urias missed his third successive game with abdominal discomfort.

RHP Jordan Hicks (1-2, 3.78) will start for the Cardinals in the final game of the three-game set on Thursday afternoon. Baltimore has not named a starter. Hicks has never gone longer than 4 1/3 in any of his previous six starts this season.