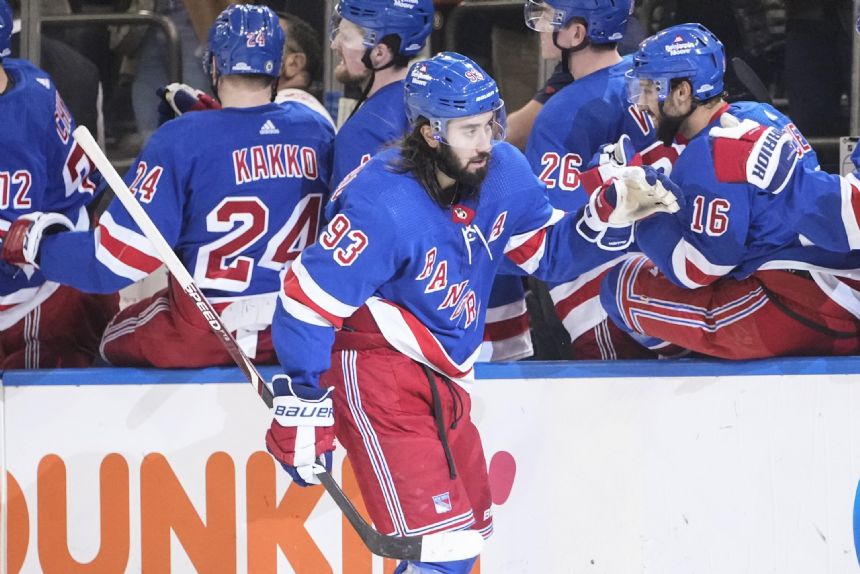 Adam Fox had a goal and two assists, and Jimmy Vesey, Alexis Lafreniere and Filip Chytil also scored for the Rangers, who are 15-4-2 since Dec. 5 and 5-0-1 in their last six home games against Florida. Artemi Panarin had three assists.

Carter Verhaeghe and Aleksander Barkov scored for the Panthers, who had won four of their previous five and are 7-3-1 since Jan. 1, when the Rangers won the previous meeting 5-3 in Florida.

John Tavares had a goal and an assist, Calle Jarnkrok and Auston Matthews also scored and Justin Holl had two assists for Toronto, which is 3-0-1 in its last four and 6-2-1 in its last nine. Ilya Samsonov had 31 saves.