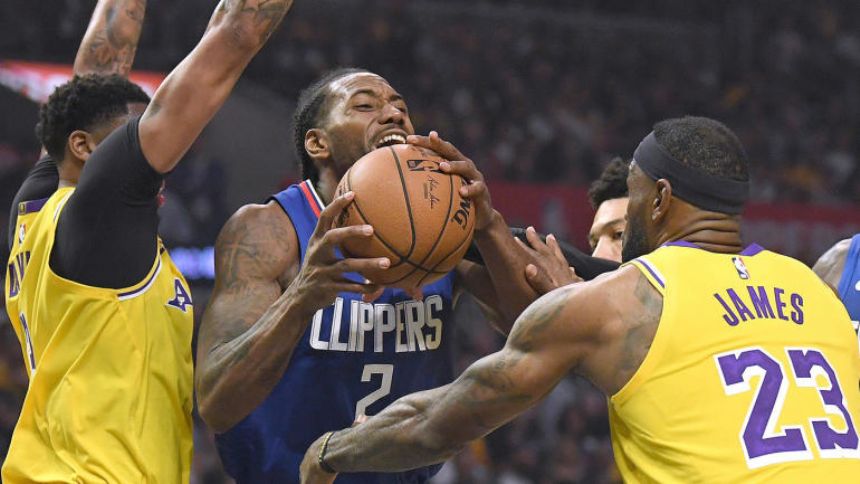 It's been nearly two years since we got a proper battle between the NBA's two Los Angeles teams. The last time LeBron James, Anthony Davis, Kawhi Leonard and Paul George all played on the same floor was Dec. 22, 2020, but as the NBA's schedule continues to be revealed, it seems as though the NBA isn't wasting any time in reuniting the four Los Angeles superstars.'

The Lakers and Clippers will play for the first time on Oct. 20,'according to Shams Charania, just two days after opening night, when the Lakers are reportedly scheduled' to face the defending NBA champion Golden State Warriors. This is the third game on the Lakers schedule that has been revealed, as it has also been reported they will face the Dallas Mavericks on .

When the Lakers and Clippers first formed their super teams, they were frequently given marquee slots on the NBA's regular-season calendar. They faced off on back-to-back opening nights in 2019 and 2020. They played on Christmas in 2019 as well, and when the Orlando bubble kicked off in the summer of 2020, they played in the venue's opening night. The Lakers and Clippers will play three more times during the season, and perhaps again in the postseason, which the two sides have managed to avoid over the past three years.

While the Lakers are the NBA's most glamorous franchise, the Clippers are opening the season as one of the championship favorites. The Lakers, still desperately trying to move Russell Westbrook, are simply trying to crawl back into relevance after a disastrous lottery season.

If Westbrook is still a Laker when this game is played, the Clippers will be favored. If he isn't? This will be one of our first looks at a new-look Lakers team eager to re-enter the championship picture. Either way, virtually every game these four superstars have played against one another has been exciting. The league is betting we'll get more of that early in the season.