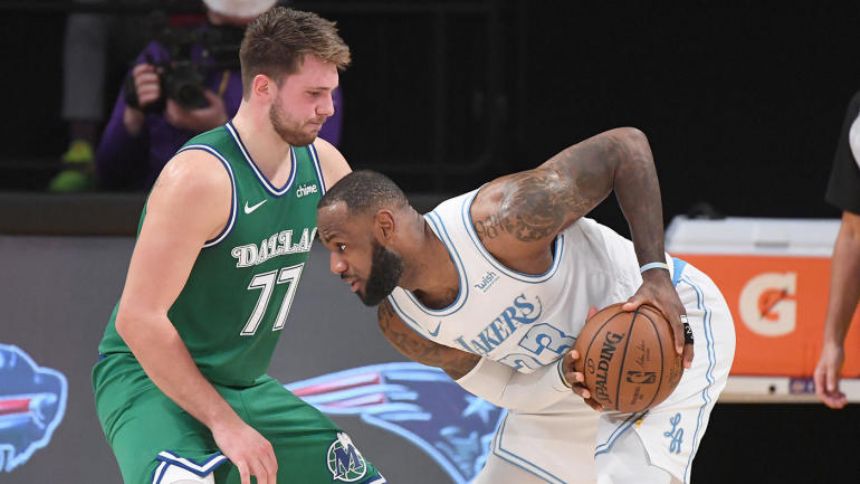 The NBA released its 2022-23 regular-season schedule Wednesday afternoon, including all the details for this year's Christmas Day schedule. Although the five matchups were previously leaked, we now know when each game will be played.

As one of the most important days on the NBA's calendar, these games are once again star-studded and feature rematches from the previous year's playoffs. Though the regular season will already be two months old by the time Christmas rolls around, the full slate of games also serves as the unofficial start of the NBA season for some casual fans.

Here are the five games to take place on Christmas along with their start times:

The 76ers-Knicks matchup may not be the most exciting matchup on this list, but it does feature some of the league's best players in'Joel Embiid'and'James Harden. Though the Knicks don't have the brightest names on their roster to match up against Embiid and Harden, it'll be a good test for a New York team that hopes its big offseason acquisition of'Jalen Brunson'can lift this roster to a playoff contender.' '

Though the Lakers and Mavericks don't have the playful trash-talking the Warriors and Grizzlies possess, it will feature the face of the league in LeBron James, and one of the future faces of the league in'Luka Doncic. These two teams met on Christmas two seasons ago, which resulted in the Mavericks getting blown out in Los Angeles, but a lot has happened since that dud of a matchup in 2020. The Mavericks are coming off a run to the Western Conference finals due to Doncic's MVP-level performance throughout the playoffs, and the Lakers will be trying to get back to the playoffs after missing the cut last season. It's difficult to read how this game will play out given both teams could still make roster moves before this game, but it should be more entertaining than the matchup we got two seasons ago. '

The matchup between the Celtics and Bucks is a rematch of the Eastern Conference semifinals from last season. In what was one of the best playoff series a season ago, the Bucks lost to the Celtics in seven games, all without their second-best player in'Khris Middleton, who suffered an MCL sprain in the first round of the postseason. Middleton recently underwent wrist surgery in July, but is expected back near the start of the season, so he will be ready to go by the time this rematch is set to take place. However, this matchup could look a whole lot different if the Celtics manage to''to land'Brooklyn Nets'star'Kevin Durant. We'll have to wait and see what becomes of the Durant sweepstakes, but regardless of what happens with that, this matchup -- as well as the rest on the full slate of games -- won't be short on excitement on Christmas Day.' '

The Warriors vs. Grizzlies game will be a rematch of the Western Conference semifinals last season, where both teams didn't shy away from trash-talking, even well after the Warriors put the Grizzlies away. When the Warriors eventually won the championship, several Golden State players made sure to take some not-so-subtle jabs at the Grizzlies, including'Draymond Green'and'Ja Morant'hoping their two teams meet on Christmas Day. Well, Green and Morant got their wish, and that matchup will surely be a highly anticipated one. '

This matchup may be a preview of the Western Conference finals as the Nuggets play host to the Suns to wrap up the five-game holiday slate. Denver should be fully healthy with'Jamal Murray'and'Michael Porter Jr. expected to be back in the starting lineup after both players missed all of last season with injuries. Then there's reigning two-time league MVP'Nikola Jokic'at the center of it all. He will have some help again as Denver hopes to prove its place in the championship-contending conversation. This is also a rematch of the Western Conference semifinals from two seasons ago. The Nuggets were without Murray in that playoff series against the Suns, so now they'll get to show Phoenix what it's like playing against a Denver team at full strength. '