2022 NBA Draft: Ten players who can boost their stock the most during the pre-draft process 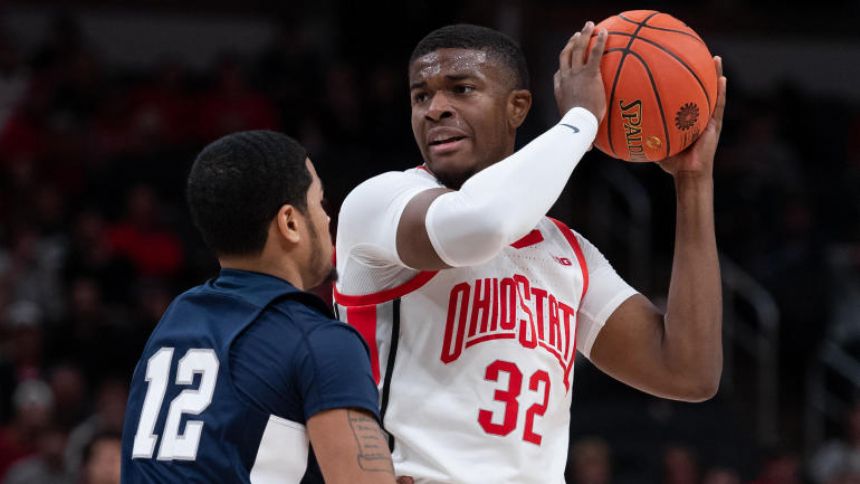 The NBA Draft Combine is a mere days away, giving us'the'showcase event of the pre-draft process where scouts, executives and decision-makers will get an extended look at this year's class. This, my friends, is the point in the pre-draft timeline where things really start to come into focus.

In the weeks ahead, players will begin to settle into their expected draft slots while teams, making their final evaluations, will narrow in on targets based upon draft ranges and projections. The next month will be key in deciding how this year's class looks and how the draft will unfold.

While some players can essentially take their projections to the bank -- Chet Holmgren, Jabari Smith, Paolo Banchero are top-five locks, for instance -- still others have some mystery surrounding their situations and can build upon their stock. I've listed 10 players below who have a chance to significantly improve their stock for NBA decision-makers with the draft a little more than a month away.'

Ranked as the No. 38 player in his recruiting class a year ago, Branham is one of the few unexpected one-and-dones in this class after a stellar freshman season. At Ohio State, he averaged 13.7 points and 3.6 rebounds per game while hitting 41.6% from 3-point range. In the second half of the season, those numbers were 17.3 points, 3.8 rebounds and 43% from 3-point range. He's one of the most dynamic offensive wings in this class, and after briefly announcing that he was merely testing the waters, he's two toes in and committed to staying in the draft, potentially making him one of the more intriguing late risers.

Shooting below 27% from 3-point range with G League Ignite and 35.1% from the field is admittedly not great, Bob, but Hardy -- the team's leading scorer last season -- has one identifiable NBA skill: scoring. Sure, he did it somewhat inefficiently this past year, and I get the concern there about how it may translate. However, he's able to create his own looks off the bounce and has enough shot-creation and shot-making skills to potentially intrigue teams late in the lottery. His range feels a bit closer to 20-30 right now, but his talent and pedigree as a former top-five recruit is such that perhaps teams will be willing to look -- or even overlook -- into the context of how his one season in the G League went.'

Miller is the youngest prospect in this year's NBA Draft class and arguably one of the most physically gifted, too. Having just recently had his draft eligibility verified, teams likely are going to give him a closer look -- and they're probably going to like what they see. He's a 6-foot-9 combo forward whose game and shooting mechanics appear plenty raw, but the size, frame and skill for him -- which elicited offers from Kentucky, Arizona, Alabama and others as a recruit -- make him a potential high-upside swing for teams in the late first round or second round.'

Sam Vecenie over at The Athletic has been driving the Jalen Williams hype train of late after popping him into his top 30 earlier this month. And I gotta admit that after some initial skepticism ... I think he's right about him as a potential first-rounder. Doesn't happen often, but sometimes we (me!) overthink small-school guys and don't give them a real chance, but Williams -- a 6-foot-6 wing -- has been hiding in plain sight. Huge guard, good playmaker, shot 35.2% from 3 in three seasons. The type of under-the-radar guy who deserves a look. He's 51st right now on the AP Sports Big Board, but has a chance to rise in the coming weeks.'

E.J. Liddell was one of the best players in the Big Ten last season and an improved version of an already promising prospect. After returning for his junior season, he trimmed down, improved his outside shot and was able to really develop his inside-out game on offense, making him one of the more appealing stretch forwards in this year's class. He's only 6-foot-7, so you wonder if there's maybe some concern about his height, but he crashes the glass like he's 6-foot-10 and physically is never outmatched. Top-20 caliber player who has an obvious NBA role and feels like is flying under the radar as a fringe first-rounder.'

There's not a ton of upwards mobility here with Daniels -- I have him 17th on the Big Board, and he's a consensus first-rounder -- but it's not crazy to think he could solidify his standing in this class as a lottery (and maybe top-10) prospect in the coming weeks. Has great size at 6-foot-6, good off the bounce, playmaking chops and brings overall versatility to the guard spot that's so valuable in the modern NBA.

Washington had a 27% assist rate in SEC play as a freshman at Kentucky -- 11th among SEC players during league play -- and that's despite the fact that, because of Sahvir Wheeler, he played primarily off the ball. So the playmaking and passing, even if we didn't see it in an expanded role, is very real and something I'm buying long term. The bet here is on that untapped potential as a lead guard coupled with his skills as a shooter. Great touch from distance, good floater game, good passing and playmaking ... good enough for me to be considered a talent worth of the top half of the lottery. We'll see if the NBA agrees.

Ryan Rollins was quietly one of college basketball's breakout stars this past season and one of the many potential first-rounders in the 2022 cycle that blossomed as a sophomore. He averaged 18.9 points per game for Toledo and 3.6 assists per game in pacing the Rockets, showcasing his abilities as one of the most versatile scorers in the country. His heavy usage rate likely affected his efficiency -- he shot 46.8% from the field and 31.1% from 3 -- but a possible indicator of his long-term potential as a shooter is that he hit 80.2% from the free throw line. His touch and three-level scoring ability, particularly off the bounce, from the guard spot could catch the eyes of NBA teams in the coming weeks.

After one season in college, Watson's stock is far from what it once was when he entered the 2021-22 season a likely first-rounder and potential lottery pick. He played sparingly for the Bruins, struggled to make an impact on a veteran team and looked lost frequently when he got extended run. And yet, Watson, still only 19 years old, could still be someone teams look towards as a possible flyer in the draft. Huge defensive potential, 7-foot-1 wingspan (!) and incredible athleticism to top it all off. The offense is, and will likely continue to be, a question, but the tools are there for him to potentially reclaim some of what once made him such a coveted prospect a year ago.

A Serbian big man who can make plays and has the first name Nikola? Surely, the NBA won't let him slip to Round 2 ... right? Right?

Jovic, a 6-foot-10 big from Mega Mozzart, is a stellar prospect whose passing and creation -- especially for his size -- makes him one of the more intriguing talents in this class. He was Mozzart's primary creator this past season, averaging 3.4 assists per game.'

Teams are going to be really investing resources to dig in to Jovic as we near the draft, and given his production profile, size and lack of exposure state-side, there's a number of factors that suggest he may well be a riser up draft boards. Clear first-round talent.'