2022 NBA playoff odds, picks, best bets for May 11 from proven model: This four-way parlay returns over 12-1 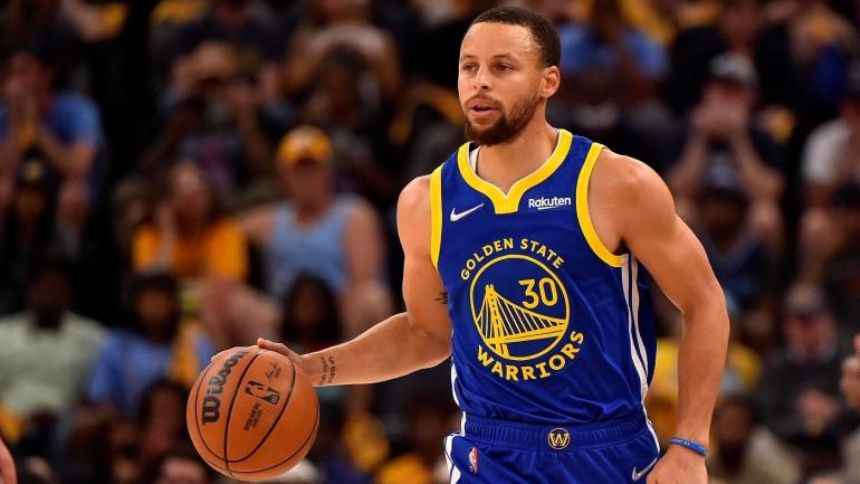 The Golden State Warriors became just the second team in NBA history to make at least five consecutive appearances in the NBA Finals when they accomplished the feat from 2015-19. They were unable to get any closer to Boston's record of 10 straight trips (1957-66), however, as they failed to qualify for the playoffs each of the next two seasons. Golden State can take another step toward returning to the Finals when it visits the Memphis Grizzlies on Wednesday for Game 5 of their Western Conference semifinal series, which it leads 3-1.

Another team looking to get back to the NBA Finals is in action Wednesday as the Milwaukee Bucks visit the Boston Celtics for a pivotal Game 5 in their Eastern Conference semifinal matchup. The defending champion Bucks squandered a chance to take a commanding lead in the series at home on Monday as Boston evened things at two wins apiece with a 116-108 triumph. Before making any NBA picks or parlays, be sure to check out the NBA predictions and betting advice from SportsLine's proven computer model.

The SportsLine Projection Model simulates every NBA game 10,000 times and has returned well over $10,000 in profit for $100 players on its top-rated NBA picks over the past three-plus seasons. The model entered the fourth full week of the 2022 NBA playoffs on a stunning 86-58 roll on all top-rated NBA picks, returning over $2,100. Anyone following it has seen huge returns.

Now, it has set its sights on Wednesday's NBA playoff schedule and revealed its best bets. If you parlay its picks, you could be looking at a payout of over 12-1. You can head to SportsLine now to see the model's picks.

One of the top NBA playoff picks for Wednesday the model recommends: Under 220.5 in the Warriors vs. Grizzlies game. The teams finished Under that total in three of their four regular-season meetings and have done so twice over the first two games of this series. They combined for just 199 points in Game 4 on Monday, which wasn't surprising since Memphis was without Ja Morant due to a bone bruise in his right knee.

Morant is expected to miss the remainder of the playoffs with the injury, making the Under an even more attractive play for Game 5. The 22-year-old point guard has averaged a team-high 27.1 points for the Grizzlies this postseason, while the team's next leading scorer - Desmond Bane - is producing nearly 10 fewer points (17.9). Jaren Jackson Jr., who is averaging 15.2 points, led Memphis with 21 on Monday while Bane had only eight on 3-of-8 shooting.'

How to make NBA playoff parlays

The model has also identified three other extremely confident picks that need to be in your NBA parlays, including one pick that hits well over 70 percent of the time, bringing plenty of value. You can only see the model's NBA parlay picks and best bets at SportsLine.

What are the top NBA picks for Wednesday? And which pick can you bank on well over 70 percent of the time? Visit SportsLine now to see the NBA best bets for Wednesday, all from the model that is on an 86-58 roll on all top-rated NBA picks, and find out.