2022 NBA playoff odds, picks, best bets for May 12 from proven model: This four-way parlay returns over 12-1 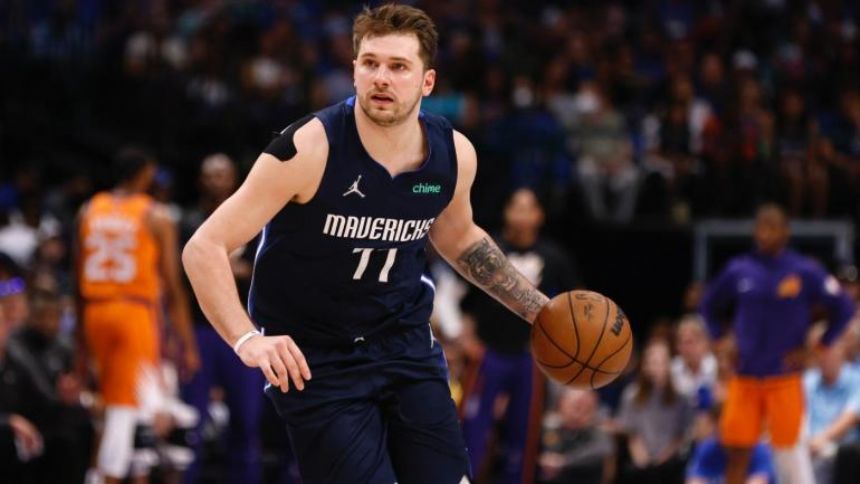 The top-seeded Miami Heat attempt to book a spot in the conference finals for the second time in three seasons when they visit the Philadelphia 76ers for Game 6 of their Eastern Conference semifinal series on Thursday at 7 p.m. ET.. Miami, which reached the 2020 NBA Finals but was eliminated in the first round of the playoffs last year, posted a 120-85 victory on Tuesday to take a 3-2 lead in the matchup. Philadelphia hopes to continue the series trend of home-team victories and keep alive its chances of advancing past the conference semifinals for the first time since 2001.

The other No. 1 seed also can advance Thursday as the Phoenix Suns visit the Dallas Mavericks for Game 6 of their Western Conference semifinal series at 9:30 p.m. ET. Phoenix, which appeared in the NBA Finals last postseason after missing the playoffs for 10 straight years, are up 3-2 after rolling to a 110-80 triumph on Tuesday. The latest NBA odds from Caesars Sportsbook list both the Sixers and Suns at -2. Before making any NBA picks or parlays, be sure to check out the NBA predictions and betting advice from SportsLine's proven computer model.

The SportsLine Projection Model simulates every NBA game 10,000 times and has returned well over $10,000 in profit for $100 players on its top-rated NBA picks over the past three-plus seasons. The model entered the fourth full week of the 2022 NBA playoffs on a stunning 86-58 roll on all top-rated NBA picks, returning over $2,100. Anyone following it has seen huge returns.

Now, it has set its sights on Thursday's NBA playoff schedule and revealed its best bets. If you parlay its picks, you could be looking at a payout of over 12-1. You can only see the model's NBA best bets at SportsLine.

One of the top NBA playoff picks for Thursday the model recommends: Over 212 in the Suns vs. Mavericks game. The teams certainly are capable of exceeding this total as they've done so twice already in the series and equaled it in Game 4. They went over the number in two of their three regular-season meetings and fell three points shy of accomplishing the feat in the other.

Devin Booker leads the Suns with an average of 26.8 points this postseason and has recorded at least 23 in four of the first five games of this series. The team is hoping for Chris Paul to break out of his funk, however, as the 12-time All-Star has scored a total of 24 points over his last three outings after registering 28 in Game 2. Luka Doncic remained steady for Dallas on Tuesday, scoring 28 points, but the team shot a miserable 38 percent from the floor and was just 8-for-32 from beyond the arc, so it can only go up from there.

How to make NBA playoff parlays

The model also has identified three other extremely strong picks that need to be in your NBA parlays, including one selection that hits almost 70 percent of the time, bringing plenty of value. You can only see the model's best bets at SportsLine.

What are the top NBA picks for Thursday? And which pick can you bank on almost 70 percent of the time? Visit SportsLine now to see the NBA best bets for Thursday, all from the model that is on an 86-58 roll on all top-rated NBA picks, and find out.