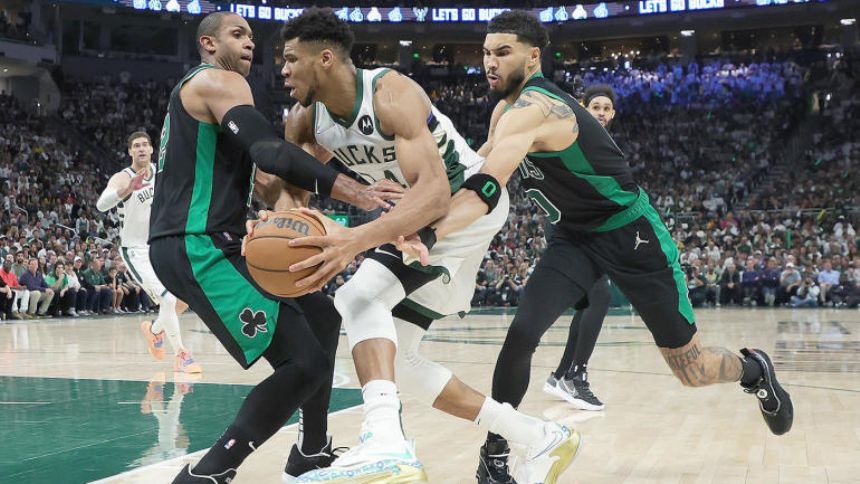 The second-round series between the Boston Celtics and Milwaukee Bucks has been one giant game of tug-of-war. Milwaukee took Game 1. The Celtics responded in Game 2. Rinse. Repeat. We're through six games, and neither team has won two in a row. It's a pattern of resilience as whichever team finds itself backed against the wall seems to find a way to fight its way back into control.

That pattern would seemingly favor the Bucks, coming off a disappointing home loss to the Celtics in Friday's Game 6, but history suggests that their best chance at winning this thing may have slipped away. Home teams win 80 percent of Game 7s, and Boston will host this showdown because the Bucks threw away their final game of the regular season in order to avoid the Brooklyn Nets in the first round. That decision could come back to haunt them on Sunday, but they have the best player in the world, and Giannis Antetokounmpo won't go down without a fight. Here's how you can tune into his showdown with Boston for a trip to the Eastern Conference finals.

Celtics:'The Bucks have the best player in the world. Few are disputing that at this point. But Jayson Tatum dispatched another "best player in the world" in the first round when he swept Kevin Durant. His bout with Antetokounmpo hasn't been so one-sided. In fact, Giannis has probably gotten the better of him as a whole in the series. Tatum doesn't have to beat the reigning Finals MVP one-on-one, but he needs to stand up to him, to match him blow-for-blow so his superior supporting cast can take the Celtics the rest of the way home. He did so in Game 6 with a masterful 46-point explosion. If he does so again in Game 7, we'll have to start wondering when his time as the NBA's best player will come.

Bucks:'Tatum may have matched Giannis in Game 6, but Games 1 through 5 belonged to the two-time MVP. Antetokounmpo scored 50 points in a Finals closeout game last season ... and this still might be his most impressive playoff series. He's attempted 27 or more shots in seven career playoff games. Five have come in this series. The load he's carrying is unimaginable. If he slays this specific Celtics team with the No. 1 defense and more options to throw at him than any other opponent, we're going to have to acknowledge that this isn't just a Hall of Famer we're talking about, but someone with the potential to crack the pantheon. This kind of physical dominance hasn't been on display since LeBron James' peak. He's Shaquille O'Neal with a better handle and a better shooting touch. Giannis is a superhero, and if he pulls this off, we're all going to have to start adjusting our top 10 players of all-time lists so there's room for a new addition.

As a general rule, you should pick the home team in Game 7s. Giannis would be a justifiable exception to that rule. If you asked me to make one rule-free prediction about this game, I'd say that I expect it to be close because most Game 7s are close. But in the end, I expect the Celtics to pull away with their superior shooting and fewer defensive weaknesses. If they lead by enough in the fourth, they'll get a boost from the end-of-game free-throw fest to cover the spread.'The pick: Celtics -5