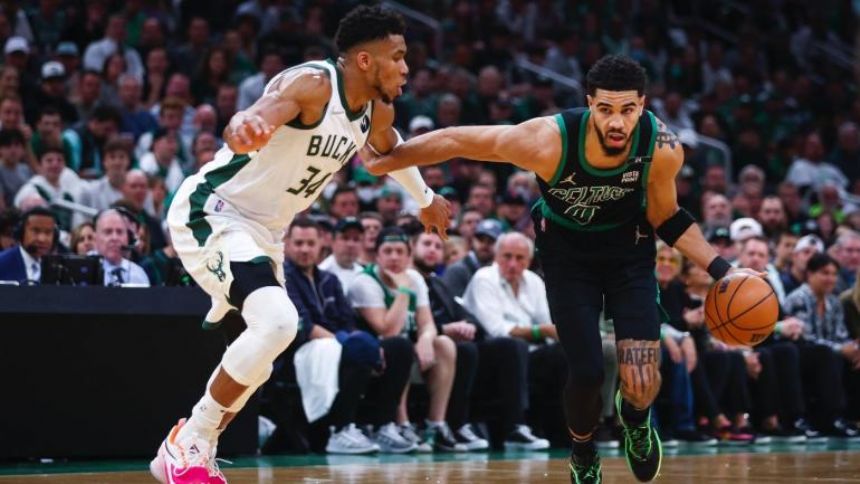 The Milwaukee Bucks and Boston Celtics face off in a pivotal Game 5 matchup in the Eastern Conference semifinals of the 2022 NBA Playoffs on Wednesday evening. Milwaukee stole home-court advantage with a Game 1 win in Boston, with the Celtics returning the favor on the road in Monday's Game 4. That leaves the series tied at 2-2 with the action shifting back to TD Garden in Boston. Khris Middleton (knee) remains out for the Bucks. Robert Williams (knee) is listed as questionable for the Celtics after missing Game 4.

Tip-off is at 7 p.m. ET in Boston. Caesars Sportsbook lists the Celtics as 5.5-point home favorites, while the Over-Under, or total number of points Vegas thinks will be scored, is 214.5 in the latest Bucks vs. Celtics odds. Before you make any Bucks vs. Celtics picks, you need to see the NBA predictions and betting advice from SportsLine's advanced computer simulation model.

Now, the model has set its sights on Bucks vs. Celtics and just locked in its picks and NBA playoff predictions. You can head to SportsLine now to see the model's picks. Now, here are several NBA odds and betting lines for Bucks vs. Celtics:

Why the Bucks can cover

Milwaukee's offense is prolific and the team's defense is playing fantastic basketball in the playoffs. The Bucks were in the top five of the NBA in offensive efficiency during the regular season, scoring more than 1.14 points per possession. Milwaukee is potent from three-point range, making 36.6 percent of attempts from beyond the arc, and the Bucks landed in the top ten in two-point accuracy (54.4 percent) and free throw creation (22.9 attempts per game). The Bucks also took care of the ball well during the regular season, committing 13.4 turnovers per game, and Milwaukee has only a 12.9 percent turnover rate in the series.'

On defense, the Bucks lead the entire NBA Playoffs with a 99.4 defensive rating. Milwaukee also leads the postseason in field goal percentage allowed (41.0 percent) and free throw attempts allowed (17.9 per game), with a sky-high 80.2 percent defensive rebound rate. Boston is shooting only 41.8 percent from the field in the series, and the Bucks are yielding only 32.6 percent three-point shooting in the entire playoffs.

Why the Celtics can cover

Boston's defense is often at the center of the frame, but it was offense that led the Celtics to a crucial Game 4 win. The Celtics scored 43 points in the fourth quarter on Monday, converting 16-of-19 field goal attempts, 4-of-5 three-point attempts and all seven free throw attempts. Boston scored nearly 1.9 points per possession in the period, and the Celtics have been strongly above-average offensively this season. The Celtics have a 57.8 percent true shooting mark and a 28.3 percent offensive rebound rate in the playoffs, both of which are stellar. Boston is also No. 2 in the NBA Playoffs in assisting on 65.6 percent of field goals, and the Celtics are converting 82.8 percent of free throw attempts.'

Dating back to the regular season, the Celtics scored 113.6 points per 100 possessions and shot 54.7 percent from two-point range. Boston also ranked No. 2 in free throw accuracy and firmly in the top ten in three-pointers per game (13.2). With Jayson Tatum enjoying a bounce-back performance in Game 4 and Al Horford averaging 18.8 points and 11.3 rebounds per game in the series, the Celtics should be in a strong position on offense.'

How to make Bucks vs. Celtics picks

SportsLine's model is leaning over on the total, with 11 players projected to score in double figures. The model also says one side of the spread hits in over 50 percent of simulations. You can only see the model's Celtics vs. Bucks Game 5 pick at SportsLine.