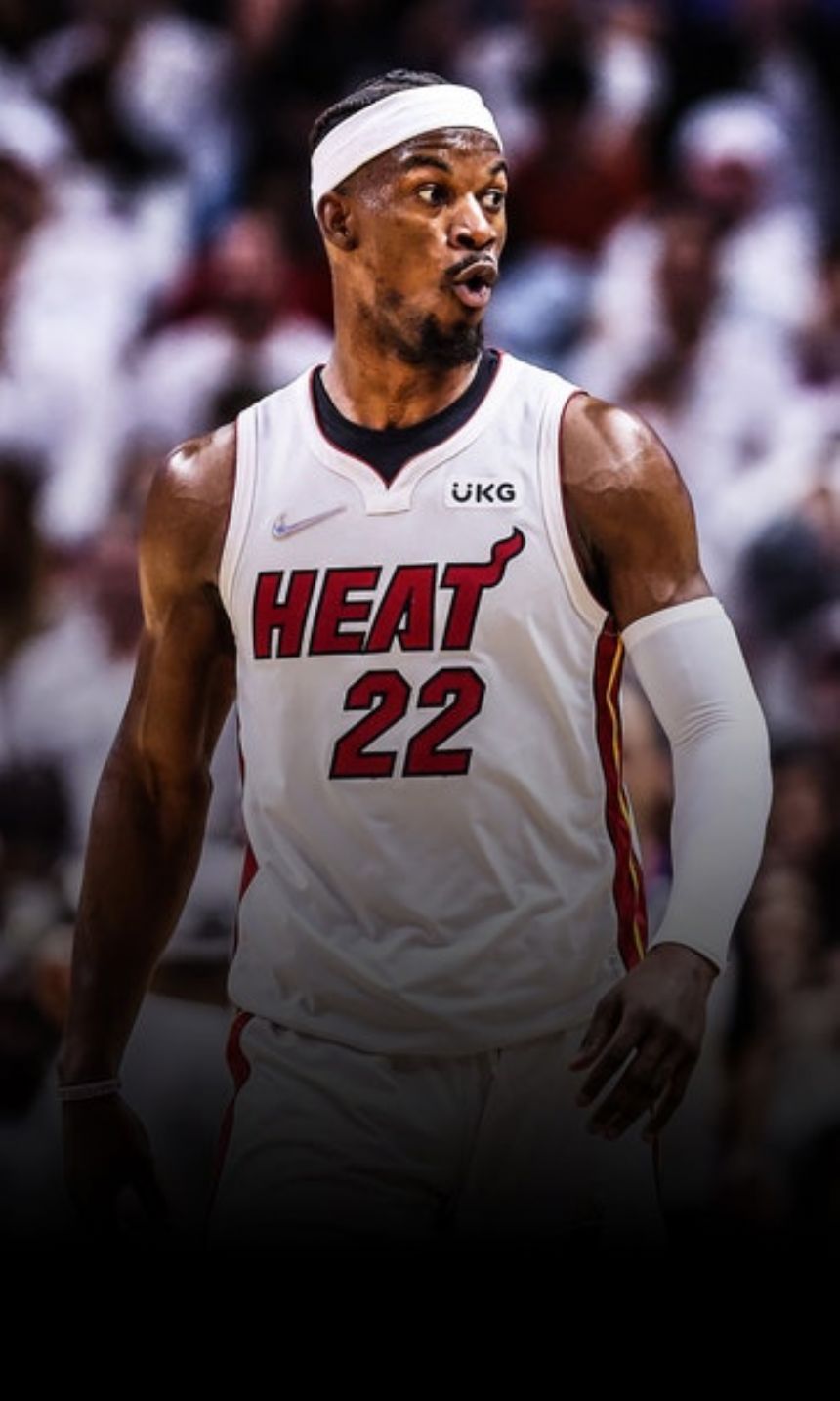 Jimmy Butler scored 23 points, Max Strus added 19 points and 10 rebounds, and the Miami Heat moved one win away from a trip to the Eastern Conference Finals by topping the Philadelphia 76ers 120-85 on Tuesday night.

Victor Oladipo scored 13 for Miami, which got 12 from Bam Adebayo and 10 apiece from Tyler Herro and P.J. Tucker. The top-seeded Heat now lead the East semifinal series 3-2, and improved to an NBA-best 6-0 at home in these playoffs.

Joel Embiid scored 17 points for fourth-seeded Philadelphia, which got 14 from James Harden and 12 from Tobias Harris. The 76ers were down by 15 going into the fourth, then gave up 12 consecutive points to open the final quarter.

Game 6 is in Philadelphia on Thursday.

It was a tough night all the way around for the Sixers, especially for Embiid - their best player, already wearing a mask to protect a facial fracture and dealing with a significant thumb injury.

Embiid got shaken up in the first quarter when he tried to dive into some baseline seats while attempting to save a loose ball. He doubled over shortly afterward, grabbing at his back.

He remained in the game after that scare.

He also remained in the game after the next scare, which was much worse.

It came midway through the second quarter, when Miami's Dewayne Dedmon missed a shot and Embiid grabbed the rebound. Dedmon, flailing for the ball, made contact with it - and wound up pushing it back into Embiid's mask-covered face.

Embiid lost the ball and went down in pain, covering his face with both hands. Oladipo picked up the ball and scored to make it 42-31, but Embiid writhing was of much greater importance to the 76ers than giving up two points. Embiid remained down for several moments, before making his way back to the Philadelphia bench and getting tended to by doctors.

And now Philadelphia must beat the Heat in Games 6 and 7, with almost all the odds pointing to how difficult that task will be.

All those stats favor Miami, obviously.

Tyrese Maxey made a deep 3-pointer with 1.5 seconds left in the third to pull Philadelphia within 81-66. Whatever hope remained for the 76ers in that moment was short-lived.

A jumper from Herro and then five straight points from Strus were the start of Miami's game-sealing flurry that opened the fourth. A three-point play from Adebayo pushed the lead to 25, at which point Embiid checked out with the outcome clearly no longer in question.