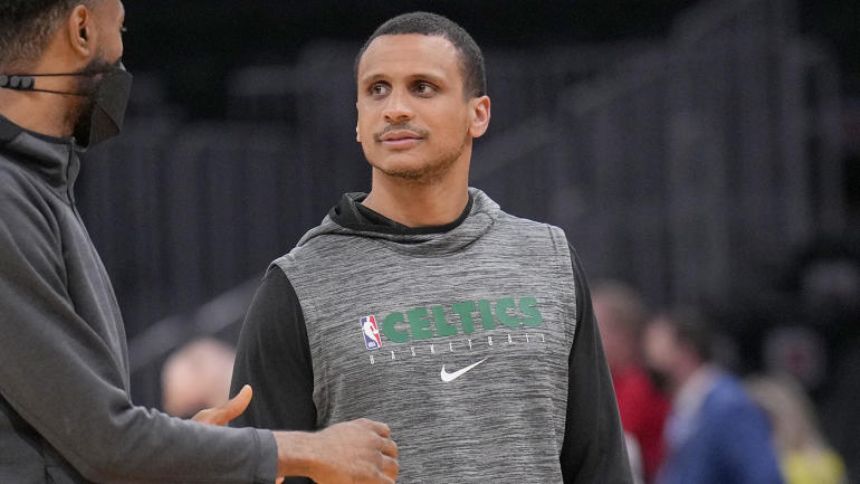 With Boston Celtics'suspending head coach Ime Udoka for due to an alleged "improper, intimate and consensual relationship" with a female staff member, the team is expected to appoint assistant Joe Mazzulla as interim head coach for the season, per ESPN's Adrian Wojnarowski.

Mazzulla has been an assistant with the Celtics since 2019, joining the staff after being the head coach of Fairmont State men's basketball team and had a 43-17 record over his two seasons. Prior to that, he was an assistant at Glenville State. In addition to his collegiate coaching career, Mazzulla also served as an assistant for the Maine Red Claws, the Celtics' G League affiliate team.

While Mazzulla doesn't have a ton of coaching experience at the pro level, he's well respected in the Celtics organization.

"I talked to everybody in the organization when I got hired, players included, and [Mazzulla] got glowing reviews. I didn't know much about him going into it. I take the players' opinions at high value," Udoka said in June via NBC Sports Boston. "He was a guy that there was a consensus 'yes.' Somebody that they all worked with closely, believed in, and understood his upside."

Jayson Tatum has also spoken highly of Mazzulla since he's been with the team.

"He's helped me out tremendously as a player and as a person," Tatum said. "I can't say enough good things about Joe. Everybody appreciates him, what he brings to this team. I'm glad that we have him."

However, Mazzulla comes with some baggage of his own, as he was arrested on charges of domestic battery when he was a member of the West Virginia men's basketball team in 2009. Mazzulla allegedly grabbed a woman by the neck at a bar in Morgantown, West Virginia, and was suspended indefinitely by the team. The year prior to that he was charged with underage drinking and aggravated assault while attending a Pittsburgh Pirates game.

Between the news surrounding Udoka and Mazzulla potentially stepping in as the interim head coach, the Celtics will surely have many questions to answer in the days leading up to media day and training camp. Beyond that, with Udoka away from the team and a new head coach stepping in, there will surely be an adjustment period for a Celtics team that has championship aspirations heading into the season.'