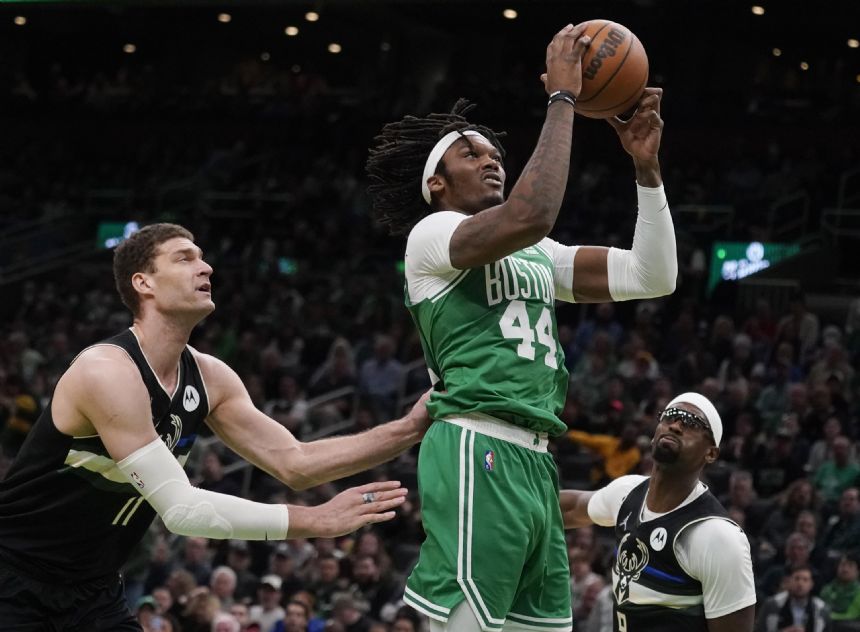 Williams had surgery to repair torn cartilage in his knee on March 30. The 6-foot-9 forward/center didn't return until Game 3 of the Celtics' first-round series with the Brooklyn Nets. He had started each of the first three games against the Bucks.

"It's not unexpected to have this after a surgery," Celtics coach Ime Udoka said before the game. "There's been soreness at times, but it's a little more irritated today."

Williams took an elbow to the face from Milwaukee's Bobby Portis during the Bucks' 103-101 Game 3 victory.