Clippers' John Wall opens up about mental health struggles, shares insight into his journey to therapy 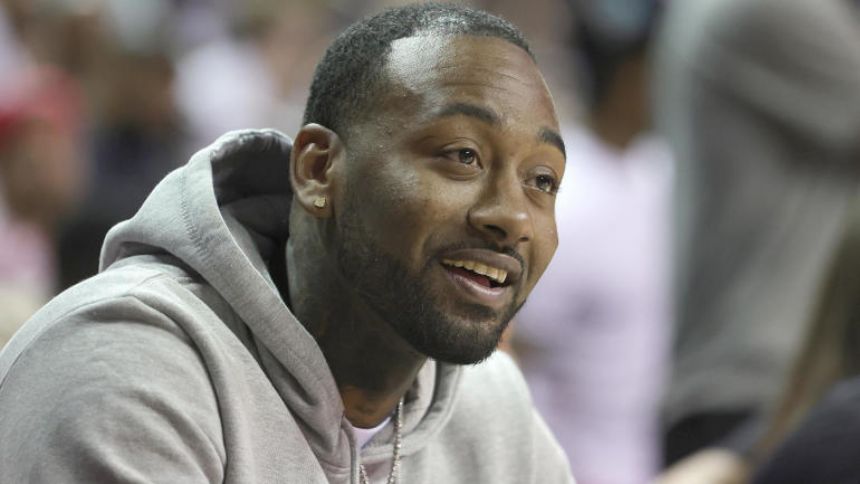 John Wall has dealt with a lot of adversity in recent years and has opened up about those challenges. In an interview at his foundation's event with the Salvation Army, Wall revealed that he had suicidal thoughts over the past two years as he faced significant challenges in his life -- both on and off the court.

"Darkest place I've ever been in," Wall said regarding how he's been feeling in recent years. "At one point in time I thought about committing suicide. Tearing my Achilles, my mom being sick, my mom passing and my grandma passing a year later. All this in the midst of COVID at the same time. Me going to the chemotherapy and sitting there. Me seeing my mom take her last breath. Wearing the same clothes for three days straight and laying on the couch sobbing."

Wall's mother, Frances Pulley, died in 2019 at 58 from cancer. During that same year, Wall had also suffered a ruptured Achilles tendon as a result of a fall in his home. Following that Achilles surgery, Wall developed an infection that nearly cost him his foot, as he detailed once again in a recent article for The Players' Tribune: "I ended up with such a bad infection from the surgeries that I nearly had to have my foot amputated," Wall wrote.'

Wall noted that therapy has really helped him cope with these difficult situations. He also believes that this adversity has helped him become stronger as a person.

"I was praying to God just to give me the strength to wake up the next morning. Then, one night, my mom came to me in a dream. It was like she was standing right next to me. She looked me in the eyes and said, "You have to keep going for your children. There's more for you to do on this earth." '

"It felt like a sign from God. It took a while, but I eventually reached out to somebody in my circle and said the most important words you can say.... "Yo! I need some f---ing help!" 'Those six words changed my life."

"That was when I started talking to a therapist - and it slowly turned things around. Like I said, I don't know how other people feel. I don't want to preach to anybody. But for me, I felt like I'd been in Survival Mode my whole life. Coming from where I came from, and seeing the things I'd seen, I had to grow up so fast. I had to be the man of the house at nine years old. So my whole mentality, no matter the situation, was always, "I don't need anybody's help. I'll figure it out. I've gritted through everything else, so why not this?"'

"Being a product of your environment is not a bad thing. But I think it's a blessing and a curse. Being a dog, being unbreakable, always having that chip on your shoulder - hey, I get it. I've been that guy. But the day is going to come when you can't do it on your own. And you gotta be strong enough on that day to ask for help."

During his decorated NBA career, Wall has been selected to five All-Star Games while being named to the All-NBA Third Team during the 2016-17 season. The veteran point guard spent the first nine seasons of his NBA career with the Washington Wizards before being traded to the Houston Rockets in exchange for Russell Westbrook in 2020.'

Earlier this summer, Wall had his contract bought out by the Rockets and later signed with the Los Angeles Clippers to join forces with Kawhi Leonard and Paul George.