Could Kyrie Irving reunite with LeBron James on Lakers? 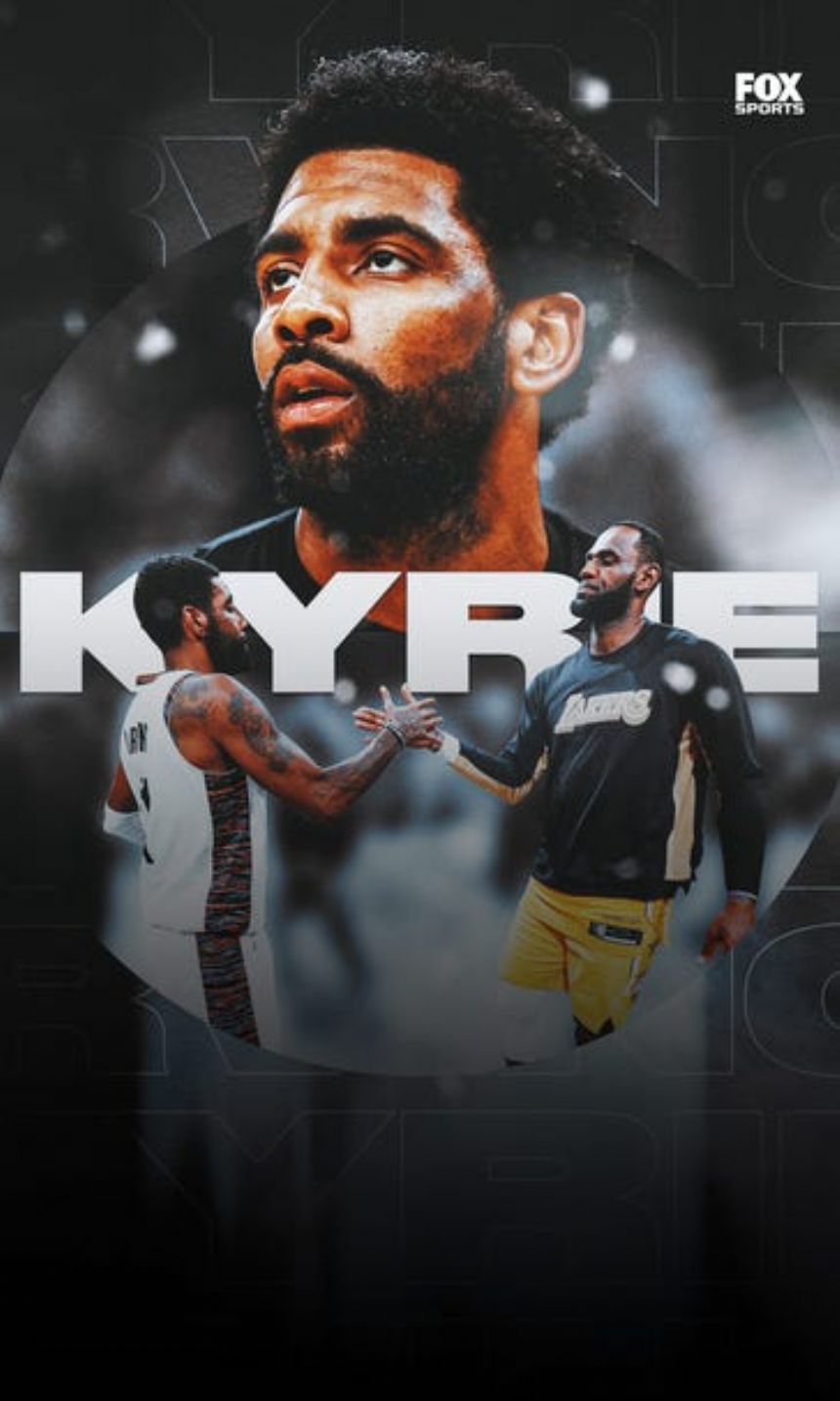 Less than one week after the Golden State Warriors won the NBA title and mere days away from the'2022 draft, the offseason chatter around some of the league's biggest stars is heating up.

The Brooklyn Nets and the Los Angeles Lakers - two teams with gigantic payrolls that failed to live up to expectations - are at the center of the latest free agency reports.

One potential big-name free agent is'Kyrie Irving, who has a June 29 deadline on his $36.9 million player option for the 2022-23 season. Conversations about his future in Brooklyn have gone stagnant. "An impasse currently exists among the parties" and that "clears the way" for Irving to "consider the open marketplace," per The Athletic.

Could we really see the seven-time All-Star playing somewhere else next season? And if so, where?

One idea is picking up a lot of steam - reuniting with former teammate LeBron James on the Lakers.

Irving and James played together with the Cleveland Cavaliers from 2014 to 2017, reaching three NBA Finals and defeating the Golden State Warriors to capture the NBA title in 2015-16. In those three seasons alongside James, Irving averaged 22.2 points, 3.1 rebounds and 5.2 assists per game.

A potential departure of Irving would be challenging for Brooklyn due to its limited ability to replace him. What's more, the Nets owe $111 million to six other players in 2022-23, so filling out the roster with minimum salaries would put them over the projected salary cap of $122 million.

That said, if L.A. is seriously interested in acquiring the 30-year-old star, Irving would most likely have to opt in to facilitate a trade, because the Lakers can't clear enough cap space to sign him themselves, per sources.

In addition to the Lakers, the New York Knicks'and'the LA Clippers'are also thought to be potential destinations for Irving.

Whether Irving would be a good fit with the Lakers is an open question, but Nick Wright isn't surprised by the chatter, and he said so on "First Things First."

"Who could've seen this coming?" Wright said. "Except for anybody paying attention. Do you think people in Brooklyn have enjoyed the last few years? ... I think a Kyrie-LeBron reunion would be fun. I think Kyrie going across the bridge and playing for the team in New York that has fans would be fun, and I think a Kyrie-Kawhi Leonard locker room would be unbelievable."

And Shannon Sharpe said on "Undisputed" that he wasn't sure the Lakers could make a trade for Irving work.

"I can see the Lakers pursuing Kyrie, but I don't know if they have the assets to acquire him," he said. "You gonna package Anthony Davis? That kind of defeats the purpose. You want to keep AD and LeBron and pair Kyrie with those guys."

Kyrie Irving and the Brooklyn Nets have reached contractual impasse as the two sides cannot agree on a long term deal. Shannon Sharpe weighs in on Kyrie's future.

In 2017, Irving was traded to Boston, where he sat out his first year with the Celtics with a knee injury. He returned for one more season before joining Kevin Durant and the Nets as a free agent in 2019.'

Irving only played 20 games in his first season in Brooklyn due to an injured shoulder that later required season-ending surgery. He followed that up with a standout 50-40-90 season - representing the shooting percentages from the field (.506), the 3-point line (.402) and the free-throw line (.922).

This past season, his third with Brooklyn, Irving played just 29 games and missed most of the season's home games due to his decision not to comply with New York City's COVID-19 vaccine mandate.'

Despite appearing in just 103 of 216 regular-season games (47.7%) since arrival in Brooklyn, Irving said he intends to return to the Nets and continue to build with Durant and newcomer'Ben Simmons.'

"I don't really plan on going anywhere," he previously said.