Everything you need to know about the NBA Draft, plus Avalanche push Lightning to brink 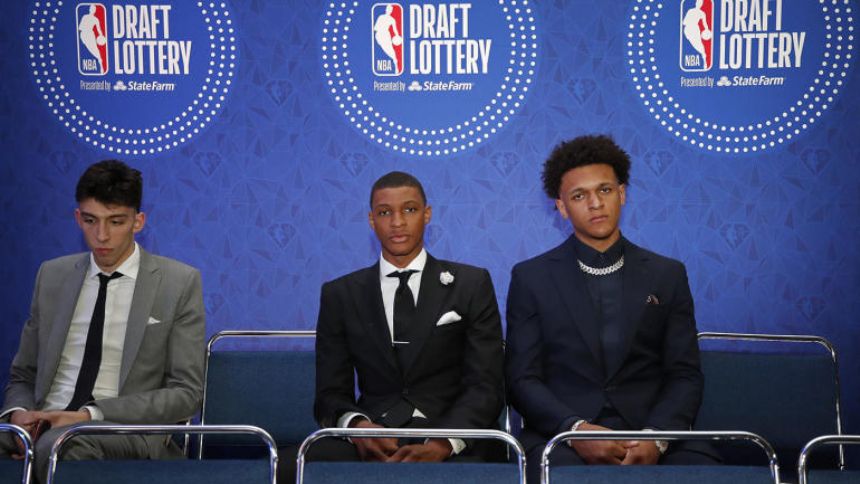 Happy Thursday, everyone. Hope you're well.

The'Avalanche will play for the Stanley Cup tomorrow night in front of their home fans, thanks to the heroics of a guy who hadn't even played in over two weeks. Nazem Kadri snuck a shot past Andrei Vasilevskiy more than halfway through overtime to give Colorado an exhilarating 3-2 win and a 3-1 series lead overall.

This is the 37th time a team has taken a 3-1 series lead in a Stanley Cup Final. Thirty-five of the previous 36 to do so went on to hoist the Cup. All eyes will be on Colorado when the Cup is in the building on Friday night.

The debate for the No. 1 pick has been heated, and we're still not 100% sure which way it will go, but :'Chet Holmgren, Paolo Banchero, Jabari Smith'and Jaden Ivey. The most popular pick may surprise you.'

However, it's not Holmgren who's atop draft expert .

While the top of the draft naturally gets the most attention, I love diving deeper into the draft, because teams can find key pieces there. The Warriors got major contributions from'Draymond Green, Jordan Poole, Kevon Looney and Gary Payton II during their title run; all four were drafted 28th or later or, in Payton II's case, weren't drafted at all. So be sure to take a look at our experts' thoughts on , and .

As for everything else...

On NBA Draft eve, we got a big trade from one of this offseason's most sought-after players:'Jerami Grant is headed to the Trail Blazers. :

Grant averaged 9.3 points per game over his first six seasons and then jumped up to 22.3 in 2020-21, his first season in Detroit (he played in just 47 games due to a calf strain. At 28 and entering the final year of his contract, Grant didn't quite fit Detroit's rebuild timeline, and that's to Portland's benefit,'.

Snyder was not at the hearing, but committee chairwoman Rep. Carolyn B. Maloney (D-N.Y.) said she will issue a subpoena for Snyder to testify next week.

The franchise was''last July following Beth Wilkinson's investigation of the team's workplace. The report, however, has been kept private, to the dismay of those representing former team employees. In February, the U.S. House Oversight Committee demanded, a demand to which Goodell has repeatedly declined to accede, citing the privacy of former employees.

There's been two more shocking deaths in the sports world. Tony Siragusa, who played a dozen seasons in the NFL and spent over a dozen more as a broadcaster, .

It was not the only loss for the Ravens franchise: 26-year-old linebacker Jaylon Ferguson , the team announced yesterday morning.