Fantasy Basketball Week 13: Who's hot, who's not, DFS advice, and a trade target for Friday 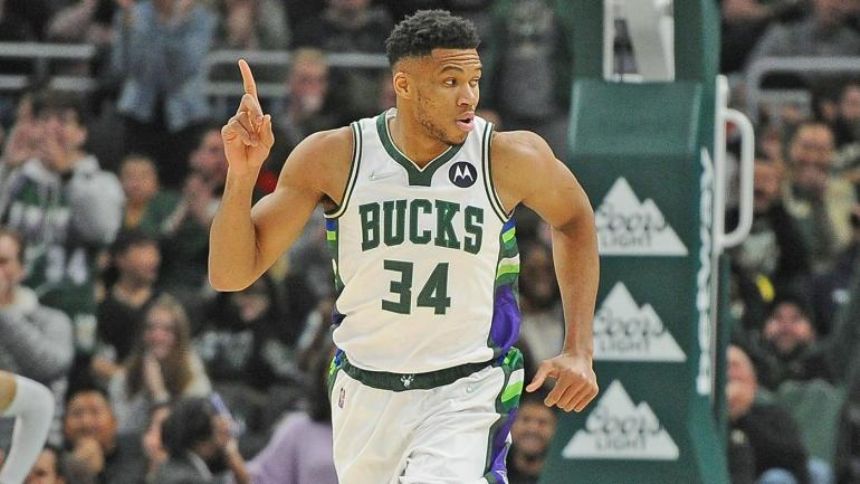 Week 13 is winding down, and Friday's nine-game slate will carry fantasy managers into the weekend. Milwaukee's blowout win over Golden State produced some spectacular fantasy lines, but other games also provided some impressive output. We'll go over a few of Thursday's top performances and busts before looking ahead to an ideal DFS play and trade target here.

Antetokounmpo kept his hot streak going in the Bucks' rout of the Warriors on Thursday. Milwaukee's superstar racked up a triple-double with 30 points, 12 rebounds, and 11 assists. He's averaged 32.5 points, 11 rebounds, and 7.8 assists per game since Jrue Holiday suffered an ankle injury against the Raptors and could continue to pad his stats if the point guard misses more time.

SGA is on a mission in Week 13. The Thunder point guard led his team to a win over the Nets on Thursday with 33 points, 10 rebounds, and nine assists. He's averaging 32.5 points, 6.5 rebounds, and 8.5 assists on 60 percent shooting this week. He could end the week on a high note with a Saturday matchup against the Cavaliers.

Jackson started off 2022 with an abysmal 2-for-12 shooting night but has bounced back in the back half of the Grizzlies' 11-game winning streak. JJJ's posted 18.8 points, 7.5 rebounds, and 3.5 blocks over his previous sox games. He's notched five consecutive multi-block games, and his rim protection has helped bolster his fantasy production.

Almost every Clippers player has struggled in 2022, and I'll highlight Jackson this time around following his horrendous Thursday performance. He scored five points on 2-of-11 shooting against the Pelicans and is averaging 12.6 points on 32.6 percent shooting in January. Jackson doesn't provide much playmaking or rebounding upside, so fantasy managers should hope he figures out his shooting woes sooner rather than later.

Fox is trying his best not to take a back seat to Tyrese Haliburton this month. The Kings combo guard boasts averages of 24.1 points, 4.4 rebounds, and 4.7 assists in the new year. He's already tallied a trio of 30-point games in 2022. Fox has averaged 26.4 points, 5.0 rebounds, and 6.8 assists per contest in his last five meetings with the Rockets. Houston's inexperienced backcourt shouldn't be able to contain him at the Golden 1 Center.

Who to trade for

The Sixth Man of the Year frontrunner is off to a strong start in January. Herro's tallied 23.3 points, 6.3 rebounds, and 5.7 assists over his previous three games without Jimmy Butler (ankle). He was one rebound short of a triple-double earlier this week and is sure to carry a heavy offensive workload even when the Heat's go-to guy is back in the lineup. He's a borderline top-10 shooting guard in points leagues and can provide quality rebounding and playmaking.