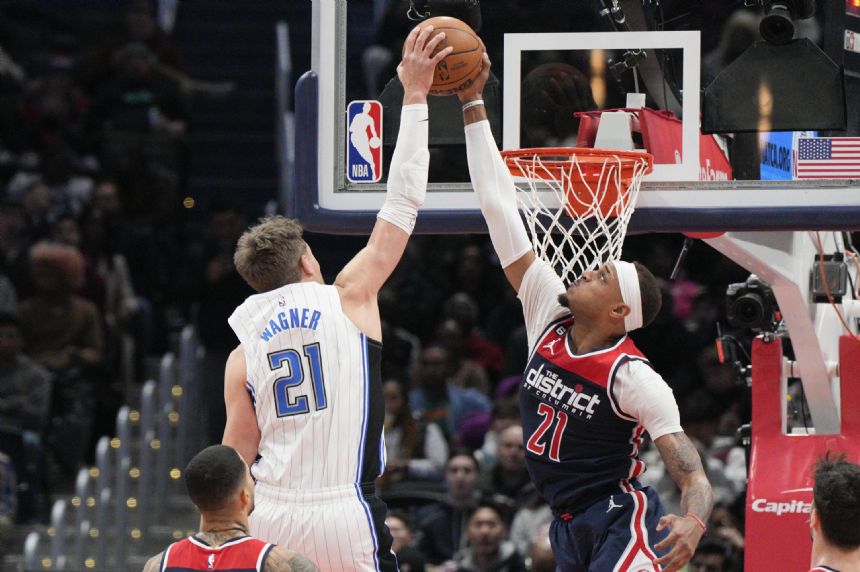 WASHINGTON (AP) - Rui Hachimura equaled a career high with 30 points and Kyle Kuzma added 25 to lift the Washington Wizards to a 138-118 victory over the Orlando Magic on Saturday night.

Bradley Beal scored 17 points in his second game back from a hamstring injury, although Kristaps Porzingis left the game in the third quarter with a left ankle sprain.

Washington has won seven straight against the Magic. The Wizards never trailed in this one. A dunk by Daniel Gafford capped a 10-0 run that gave Washington a 37-23 advantage near the end of the first quarter.

Hachimura went to work in the second, scoring 10 points in a span of under 2 1/2 minutes. His second of two quick 3-pointers gave Washington a 52-32 lead.

The Wizards won their second straight game with Beal back - and he had eight assists on the night - but now they have another injury to deal with. Porzingis hobbled down the tunnel after hurting his ankle and didn't return.

Delon Wright scored 15 points with eight assists and shot 5 of 5 from the field for Washington.

Magic: Orlando fell to 1-8 this season in the second game of a back-to-back. The Magic were coming off a 123-110 win over New Orleans on Friday night.