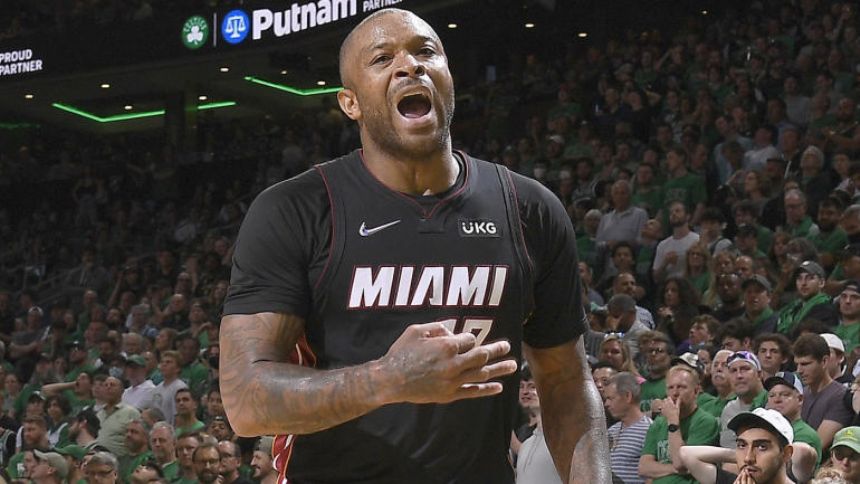 Miami Heat forward P.J. Tucker will decline his $7.4 million player option for next season and become an unrestricted free agent, according to'Shams Charania. Tucker, 37, is coming off a stellar season in Miami in which he helped lead one of the NBA's best defenses and shot 41.5 percent from behind the arc. He is reportedly expected to be highly coveted by teams in championship contention.

From a purely financial perspective, this is the correct decision on Tucker's part. Had he picked up his player option, he would have received a raise of just $350,000 next season. However, as a non-Bird free agent, he is eligible for a raise of up to 20 percent on his $7 million salary from last season. That means that the Heat can pay him up to $8.4 million without using any of their cap exceptions. He has certainly earned that much, so even if he doesn't get any extra years tacked onto his deal, he's likely scored himself a raise.

Of course, he's almost certain to get extra years as well. A number of contending teams will likely offer Tucker their non-taxpayer mid-level exception over multiple seasons as one of the NBA's premier small-ball centers and a sturdy power forward in any lineup construction. The non-taxpayer mid-level exception is projected to pay around $10.3 million in the first season of a new deal this offseason.'

The Heat currently have around $23 million in space beneath the tax line and close to $30 million below the hard cap that signing Tucker for the non-taxpayer mid-level exception would generate, so they could theoretically pay him that much. Doing so would deprive them of the ability to use the mid-level exception on another external player, though, and by creating a hard cap, they'd make it more difficult to fill out their roster and re-sign Victor Oladipo.

Tucker's skill set is so unique that if Miami needs to use the mid-level exception to keep him, it probably should. Competition for his services is going to be steep after the season he just had. If the Heat don't want to pay Tucker, someone else surely will.