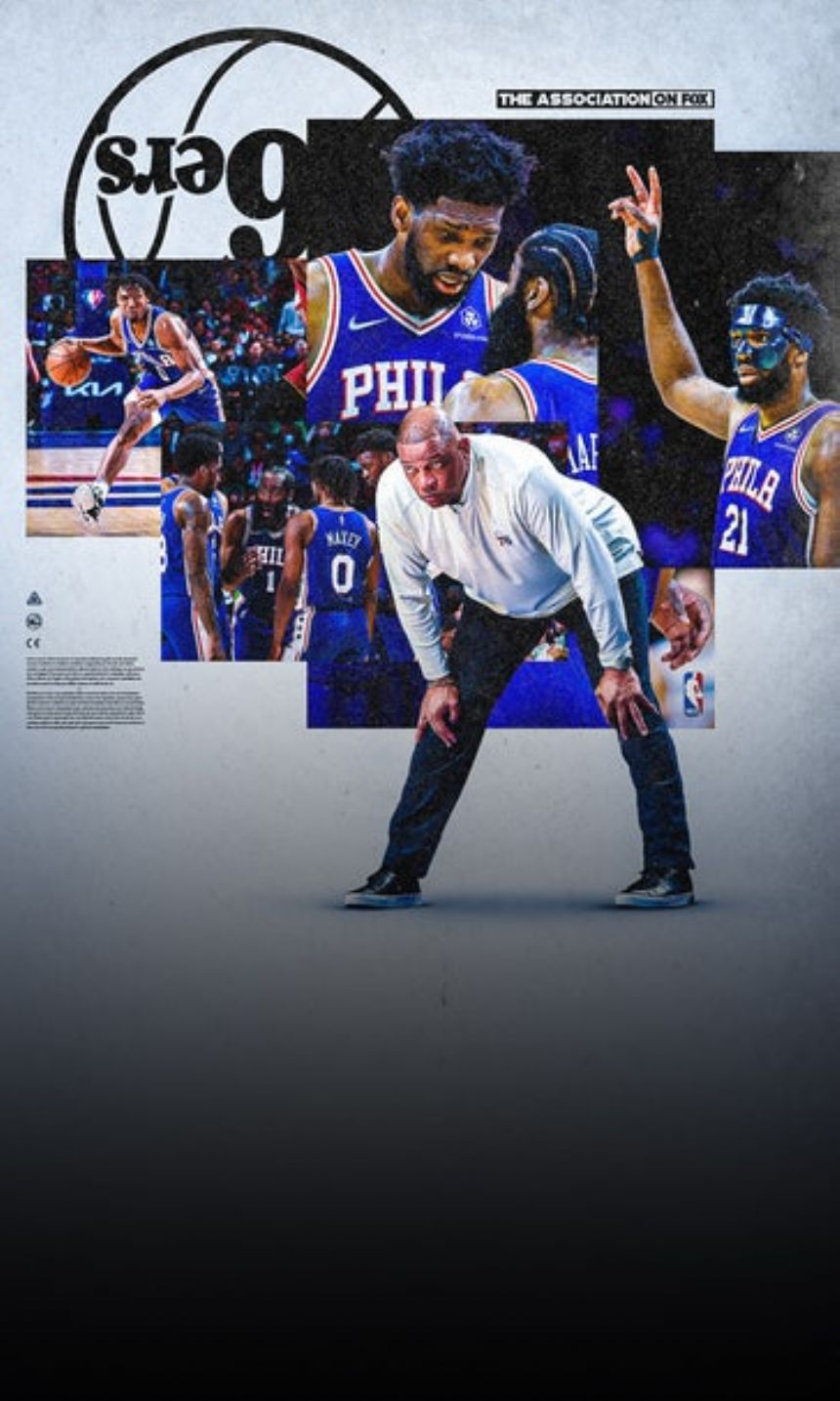 With the Philadelphia 76ers' season on the line, James Harden was nowhere to be found.'

In Game 6 of a second-round playoff series, with his team down 3-2, he took just two shots in the second half. Even worse: He didn't attempt a free throw all night. He finished with a measly 11 points. The Sixers were outscored by 16 points in the 43 minutes he was on the floor.'

There were many reasons the Sixers' season came to an end Thursday. But if you're looking for the root of their lifeless, 99-90 loss to the Miami Heat - and as the mass exodus of home fans with six minutes left in the game would indicate, the game wasn't nearly as close as the final score - Harden's apathy would be at the top of the list.'

"We ran offense," Harden told reporters after the game. "The ball just didn't get back to me."

It was a fitting comment, in line with others Harden has made since arriving in Philadelphia. Losses are never his fault. Poor performances are always because others prevented him from thriving.'

After a regular-season loss to the Raptors in which he registered just 13 points, he said his teammates' poor spacing affected his ability to create. After being run off the floor by the Heat in Game 5, Harden said, "we just weren't engaged defensively," which, given Harden's allergy to defense, is like a politician refusing to campaign, losing an election and then blaming the election loss on his team's refusal to campaign.''

Harden finished his first postseason run with the Sixers averaging a pedestrian 18.6 points per game. He did dish out 8.6 assists but shot only 40.5% from the field.'

He was brought to Philadelphia by president of basketball operations Daryl Morey to be Joel Embiid's costar. The two thrived at times, but after yet another second-round playoff exit, it's fair to wonder if chasing Harden was the right move or if it could end up dooming the Sixers for years to come.'

"Since we got him, everyone expected the Houston James Harden," Embiid said after the loss. "But that's not who he is anymore."

Harden's contract contains a player option for next season, which, if he picks it up, will pay him $47 million. He's also eligible for an extension, which could be added on top of the player option or signed in lieu of it. Either way, he has the ability to lock himself into a five-year deal that would pay him a total of $270 million, the largest contract in NBA history.'

Harden was asked Thursday night about his future in Philadelphia. "I'll be here," he said.'

Most rival executives assume that Morey and the Sixers promised Harden a mega-contract extension of some kind before acquiring him from the Brooklyn Nets in February. Still, it's fair to question whether Morey, a person who prides himself on his ability to separate business decisions from personal feelings, should reconsider.'

It's not just that Harden turns 33 in August. It's that the skills that made him unguardable have already begun to erode. His explosive first step is gone. That lack of burst has allowed defenders to press up on him when he dances with the ball at the top of the key. That has left Harden with less space to moonwalk into his signature step-back. Combine all that with the league's offseason rule changes that made it more difficult to draw fouls, and you've basically removed two-thirds of Harden's tools.

This isn't an eye-test thing, either. There's data backing this up. During this year's playoffs, Harden's proficiency in isolation situations plummeted. He also took the ball to the hoop less than ever. When he did, he finished just 43.5% of his looks, a horrific mark and around a 10-point drop-off from his typical rate.'

Maybe most telling is that, according to ESPN, 9.6% of his shot attempts were blocked this year - regular season and playoffs - the highest rate among players to attempt 700 shots.

More than that, though, has Harden shown any signs in his career of being a star you'd bet on to age gracefully? In terms of his skills, staffers who were around him in both Houston and Brooklyn are quick to point out how reluctant he has always been to launch 3s off the catch.'

He has also clashed with enough stars to make up an All-NBA team, from Dwight Howard to Chris Paul to Russell Westbrook to Kevin Durant. That's not a great sign if you're trying to project how Harden will handle the aging process.'

Watch Sixers players watch Harden as he pounds the ball into the floor, and you can already sense that he isn't exactly beloved by his new teammates, either.'

But most worrisome is the way Harden treats his body. After the loss Thursday, he said he was excited to be healthy and have "a full summer to be straight," adding: "It's been a long two years for me. I'm finally starting to kind of feel OK again. It will be a great summer to get my body right, to be ready to go for next year."

The problem is that Harden has never shown an interest in putting in that work. His late night habits are well documented. The Nets, according to league sources, tried on multiple occasions and in multiple one-on-one discussions - including with general manager Sean Marks and head coach Steve Nash -'to get Harden to take more care of himself and his body, to no avail.'

Yet the Sixers might not have a choice. For one, there's nothing they can do to prevent Harden from picking up his player option. And even if they did somehow convince him to decline it and walk in free agency, they wouldn't have enough cap space to make any significant moves.'

Making room would require dumping Tobias Harris and his massive contract into another team's cap space. And even if the Sixers were able to sign a player such as Bradley Beal, would it be worth losing both Harden and Harris -'plus whatever assets would have to be attached to Harris' deal -'to do so?

"No, he's not what he used to be, but he's still a top-20 player," one GM said. "The question is just about how he ages. But the Sixers are a team trying to win a title now."

You could argue with that top-20 designation. But the fact that Harden and Embiid, statistically, formed the league's most deadly pick-and-roll combo and the fact that lineups with Embiid and Harden on the floor roasted opponents to the tune of 20.3 points per 100 possessions, a Harlem Globetrotters-like mark, would back that up.

In the end, the Sixers might not have any choice but to believe in that number. Maybe they can get Harden to take some sort of pay cut, or maybe they can get creative with the deal and have his salary deescalate every year.'

But that's all window dressing. Daryl Morey wanted James Harden, and now he has him for the long run. A year ago, that would have been cause for celebration.'

Now it feels like an obstacle the Sixers will have to overcome.

Yaron Weitzman is an NBA writer for AP Sports and the author of "Tanking to the Top: The Philadelphia 76ers and the Most Audacious Process in the History of Professional Sports." Follow him on Twitter @YaronWeitzman.