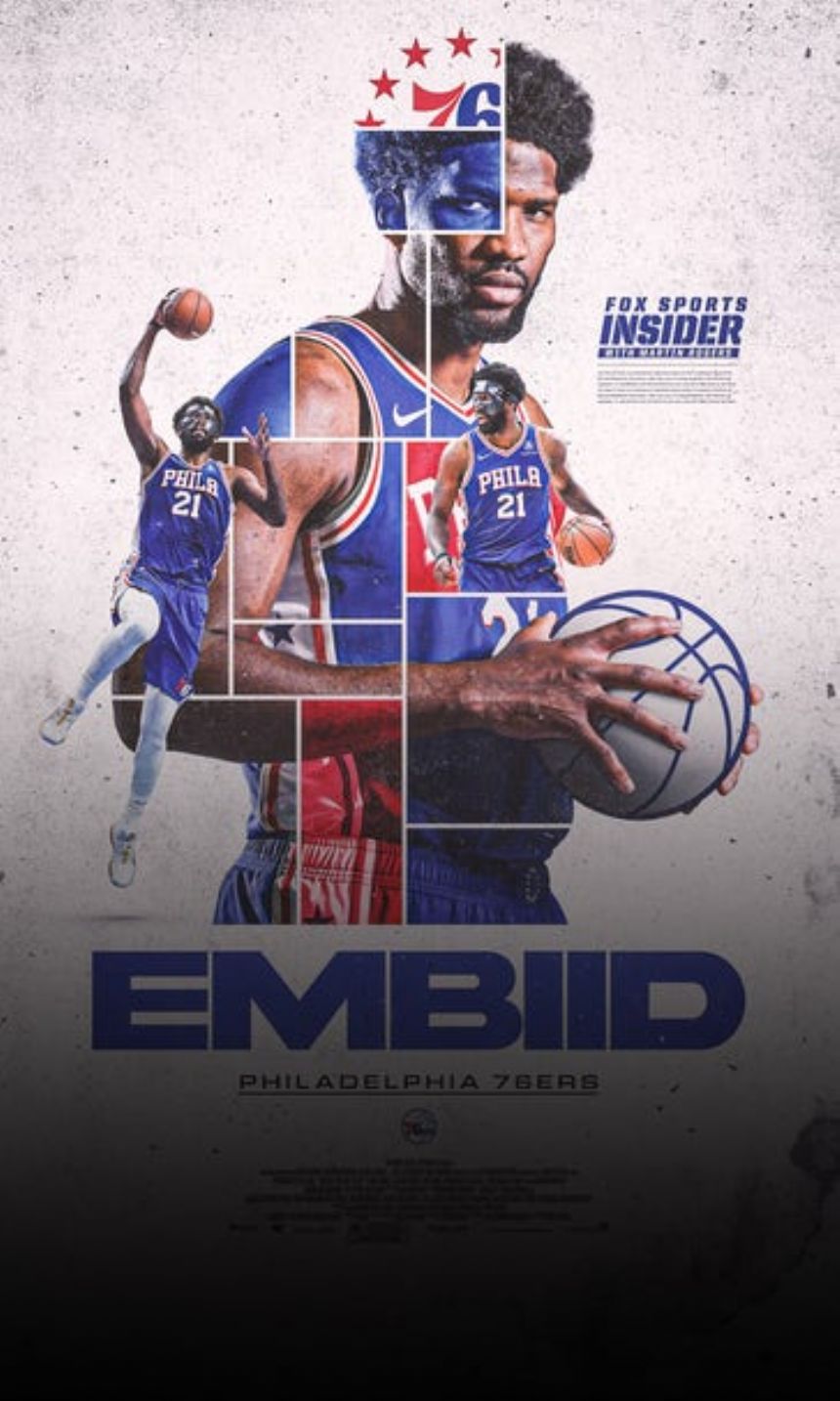 A few days ago, Draymond Green uttered a short phrase that was more than the sum of its parts.

"I don't believe," the Golden State Warriors forward told reporters, "that everyone in this league wants to win."

Let's just say this: He wasn't talking about Joel Embiid.

It was a striking comment because it reached deep, one of those remarks you know has merit but don't want to admit it is so. As a fan, no one wants to feel there are athletes on the court who care more for their paycheck, or their image, or their summer vacation, than they do about winning.

Embiid, now on the brink of elimination with the Philadelphia 76ers, is basically the complete antithesis of the problem Green identified. Every couple of nights we are seeing it played out, in various forms of drama, sometimes with the cards falling in his favor and just as often not.

Right now, Embiid is in pain and frankly, I am here for it. I like to see it. I like to hear it. It stirs the sporting emotions exactly when it should, at playoff time.

Nick Wright shares his reaction to Joel Embiid's comments on missing out on being named the NBA's MVP.

But the unapologetic way with which he lays it all out there is uplifting. Here is someone refusing to turn away when adversity glares at him. Embiid is one of the league's true gems who perhaps doesn't get all the appreciation he should.

Yes, he whines when things don't go his way. No, you're not going to agree with everything he says. Yes, his points of view and arguments are designed to present his own case in the best possible light. No, he's not going to walk around with a smile on his face when it's game time.

And the problem with all of the above is ... what, exactly?

Embiid fights. He does not step back. The man has an orbital fracture, for goodness' sake, yet try to suggest he should come out of a game and he'll ask to see you outside. In Game 5 of the 76ers' Eastern Conference semifinal matchup against the Heat, the masked Embiid took an agonizing ball to the face. Ball crashes against mask, mask crashes against wounded orbital bone ... you get the picture. Embiid ended up on the floor in howls of pain and shedding tears, yet still got back out there and continued to battle.

He didn't play well, but neither did James Harden, or Tobias Harris, or anyone the Sixers needed to. In Embiid's case, that poor performance has been the overwhelming exception this season. Nikola Jokic, according to reports, will claim the MVP for the second straight year, but Embiid ran him closer than anyone and had a legitimate claim of his own.

"I'm not mad, but that's two years in a row," Embiid told reporters. "I put myself in that position, it didn't happen, it's almost like at this point, it's whatever. Whatever happens, happens. Last year, I campaigned about it.

"I don't know what else I have to do to win it. It's all about focusing, not that I wasn't focused on the bigger picture, but it's really time to really put my energy into the bigger picture which is to win the whole thing."

If you think there are some sour grapes involved, I won't argue with you. If you want to insist that the MVP disappointment affected his play on Tuesday, I'll hold reservations, but I won't flat out say you're wrong.

"When you're mad about something, it can work both ways," Charles Barkley said on TNT. "It's working the wrong way for Joel Embiid tonight."

Joel Embiid and the Philadelphia 76ers lost 120-85 to the Miami Heat last night. During halftime last night, Charles Barkley discussed if that news played an impact on Embiid's performance. Skip Bayless and Shannon Sharpe talk about Joel Embiid, the Sixers and Heat.

But before you complain about Embiid, and wish for him and the Sixers to get bounced by this finely-tuned Heat lineup, take a moment to consider the one overriding reason that spurs all his actions, reactions and comments.

In an image-driven league, here is a player that doesn't give a hoot about the sideshow and the noise. He is desperate for success, both personal and team-based, and he makes no secret about it. He's unafraid to admit how badly he craves this, which is sometimes the most difficult thing for an athlete to do, because it opens you up to the pain of disappointment.

He's not always right and he's been accused of being petty, but he's still here, still kicking in these playoffs, the fire burning strong until someone is good enough or brave enough to extinguish it.