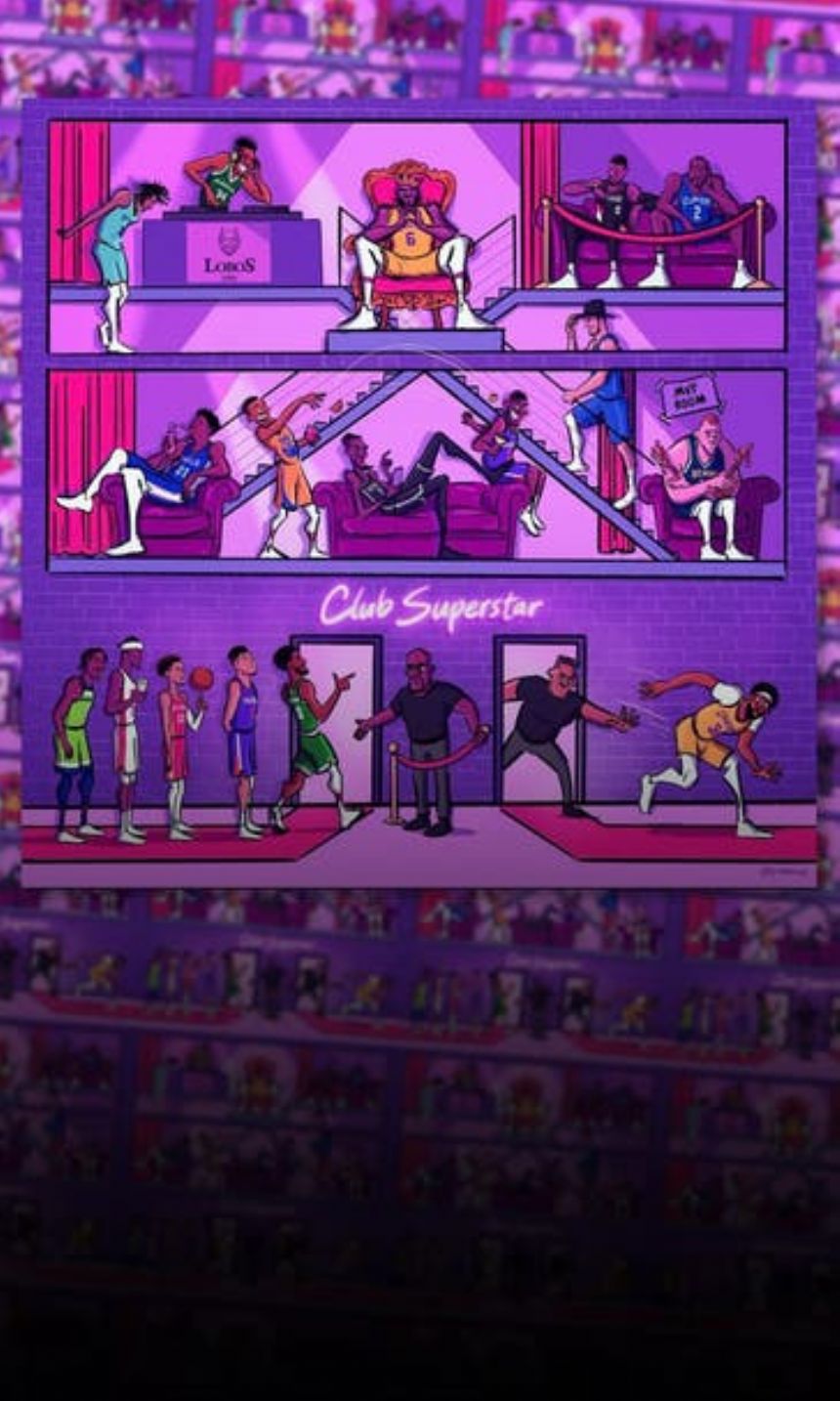 The long-awaited grand opening of "Club Superstar" is here.

The "First Things First" crew broke out its fly fits and chic knits for Nick Wright's special unveiling of the exclusive club on Tuesday, and though the line for entry featured a number of competitors, only a select few were admitted.

Let's get right into it.

It's opening night at Nick Wright's Club Superstar, and he reveals which 12 NBA players had what it took to get past the bouncer and into the venue.

Wright's thoughts: "Booker and Young are not there yet. Jimmy Butler - no outside beverages allowed, you've got to leave the coffee - and you're not in. Anthony Edwards, you're not old enough to get in."

Who's out: Anthony Davis'

Wright's thoughts: "We had to make room for [Jayson] Tatum, so AD is out."

Wright's thoughts: "There's Joel Embiid drinking Shirley Temples, Curry and Paul playing catch, KD on Twitter, and then a special MVP room for a very lonely Nikola Jokic, but he's got those MVPs to keep him company. Luka's walking towards the top floor of the club. Ja Morant's doing the griddy [on the top floor.] And then we have a special section for guys dealing with injury - don't want anyone to bump into them on the dance floor - for Dame and Kawhi. And then LeBron, of course, is on the throne."

Wright's lineup is set in stone, and he serves as the undisputed owner of his club. Nonetheless, his co-workers had some other ideas on who should be included on the VIP list.

Kevin Wildes thought another PG should've made the list instead of Morant.

"I don't think you're necessarily fond of this guy, because one time he posted on Twitter that you were just a puppet being controlled by the puppet masters," Wildes told Wright. "But this guy is a superstar.

"We talk about him a lot. He was a Rookie of the Year, seven-time All-Star, All-Star MVP, champion, and hit one of the biggest shots of all time. Does he have the best bag of anyone all time? Maybe. Kyrie Irving, whether you like it or not, is a grade-A superstar. He deserves a spot. Why's Ja [Morant] in the club? I'd put an NBA champion in before a guy who's going to get eliminated this week."

Chris Broussard had another replacement in mind.

"I'm replacing Damian Lillard with Devin Booker," he said. "I know Lillard has been hurt, but he did play 29 games."

"In those 29 games, career-low field goal and 3-point percentage, and they were 12-17, and that was before the CJ McCollum trade. I think a poor season takes him out of the club. And Devin Booker is one of only six players to hit 70 points in a game. The other are Hall of Famers."

Each snub has his chance to vie for contention into the club in the future. But for now, Wright has his list and he's sticking to it.

Artwork was produced by @purehoop.