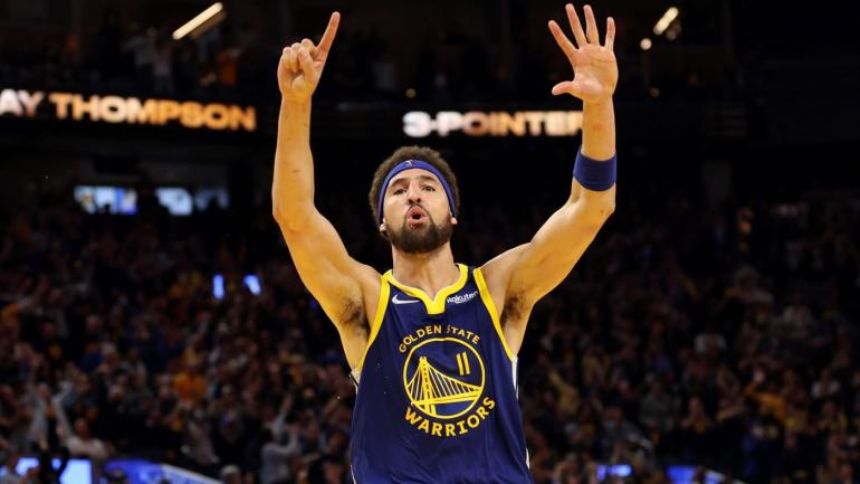 The Golden State Warriors finished the job against the Memphis Grizzlies on Friday night with a 110-96 victory to advance to the Western Conference finals. The star of the night was none other than Klay Thompson, also known as "Game 6 Klay." He embraced the nickname and celebrated by posting a sequence of photos on his Instagram story: Michael Jackson, Mike Tyson, Michael Jordan and himself.'

The Warriors guard was making a reference to a hit Jay-Z and Kanye West song from their 2011 album'Watch The Throne'(NSFW language).'

It's hard not to like someone who rides his bike to games and posts iconic song references. Thompson started off well and finished well. He went 3-of-3 from three point range in the first six minutes of the game. He then proceeded to finish the night with 30 points shooting at 50% from the field and going 8-of-14 from beyond the arc. A solid performance, but nothing unusual as Thompson has averaged 27.8 points in his last six Game 6s.'

After taking down the Grizzlies, Thompson told NBC Sports that he had no idea why he always seems to perform so well in that particular stage. He also admitted he had been nervous all day -- although the nerves definitely didn't show.

The Warriors are moving on to their sixth Western Conference finals in eight seasons. That series is set to start on May 18. Golden State will take on the winner of the Dallas Mavericks'vs.'Phoenix Suns series, which will be decided in Sunday's Game 7.