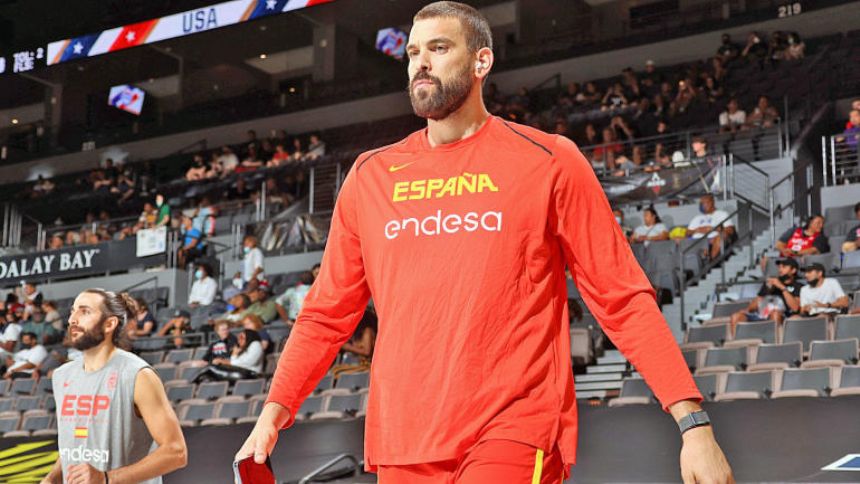 Last offseason, Marc Gasol could have signed with a contender to chase another championship, but instead decided to step away from the NBA after 13 impressive seasons with the Memphis Grizzlies, Toronto Raptors and Los Angeles Lakers. He did not, however, step away from the game of basketball.'

Gasol returned to his native Spain to see out his playing days and joined Girona, a club he helped found back in 2014 and now runs as the owner and president. Although we've seen player-coaches before, the player-president-owner is a much rarer combination. In fact, Gasol might be the only person to ever combine those three roles at such a high level. He proved, though, that it can work as he helped Girona to a magical season.'

On Sunday, the club, which had been playing in the second tier of Spanish basketball, earned promotion to the Liga ACB with a 66-60 win over Movistar Estudiantes. For the first time in its short history, Girona will be playing in the top professional league in Spain.'

Gasol finished with 11 points, eight rebounds, four steals and two blocks in the historic win. For the season, he averaged 14.5 points, 8.2 rebounds, 2.6 assists and 1.1 steals per game over 25 appearances, and showed he made the right decision to step down from the executive box and join the team on the floor. He was not initially playing, but after a disappointing 2-7 start to the season he decided to suit up.'

It is not yet clear whether Gasol, 37, will continue playing with Girona in Liga ACB next season or finally retire and focus on running the club. If he is indeed done, this was a storybook ending to what has been a terrific career.'