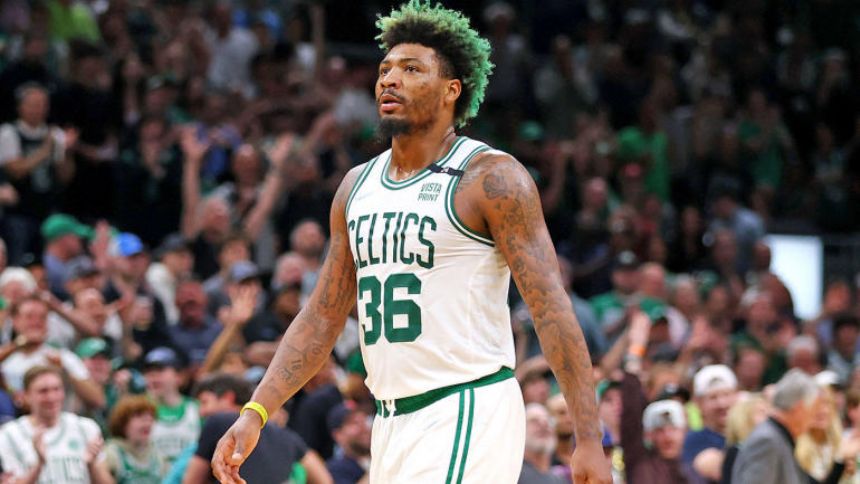 After injuring his right ankle in Game 3 of the Eastern Conference finals against the Miami Heat, Boston Celtics guard Marcus Smart is officially listed as questionable for Game 4 on Monday night. Smart landed awkwardly on the ankle early in the third quarter of the contest, and he went back to Boston's locker room as a result. Smart returned to the court moments later, though, and he played the rest of the game. He finished with 16 points and seven assists in 36 minutes of action.'

You can see the play where Smart hurt his ankle below:'

Marcus Smart went down hard and had to be helped off the court after this play pic.twitter.com/jAQ2RZpDWk

Adrenaline likely helped Smart return to action and push through the pain in Game 3, but now the Celtics will have to wait and see how his ankle responds ahead of Game 4. "[He] has some swelling in his ankle. [It was] a pretty bad sprain," Celtics coach Ime Udoka said of Smart. "He finished the game but he's gonna feel it. Getting worked on, getting treatment, and see how he feels tomorrow." '

Considering the fact that he was able to play following the injury in Game 3, it seems likely that Smart will again be able to tough it out for Game 4, but we'll have to wait and see. In addition to Smart, the Celtics also listed center Robert Williams III as questionable for the contest. Williams missed Game 3 due to knee soreness. Lastly, All-Star forward Jayson Tatum (right cervical nerve impingement) is listed as probable for Game 4.'