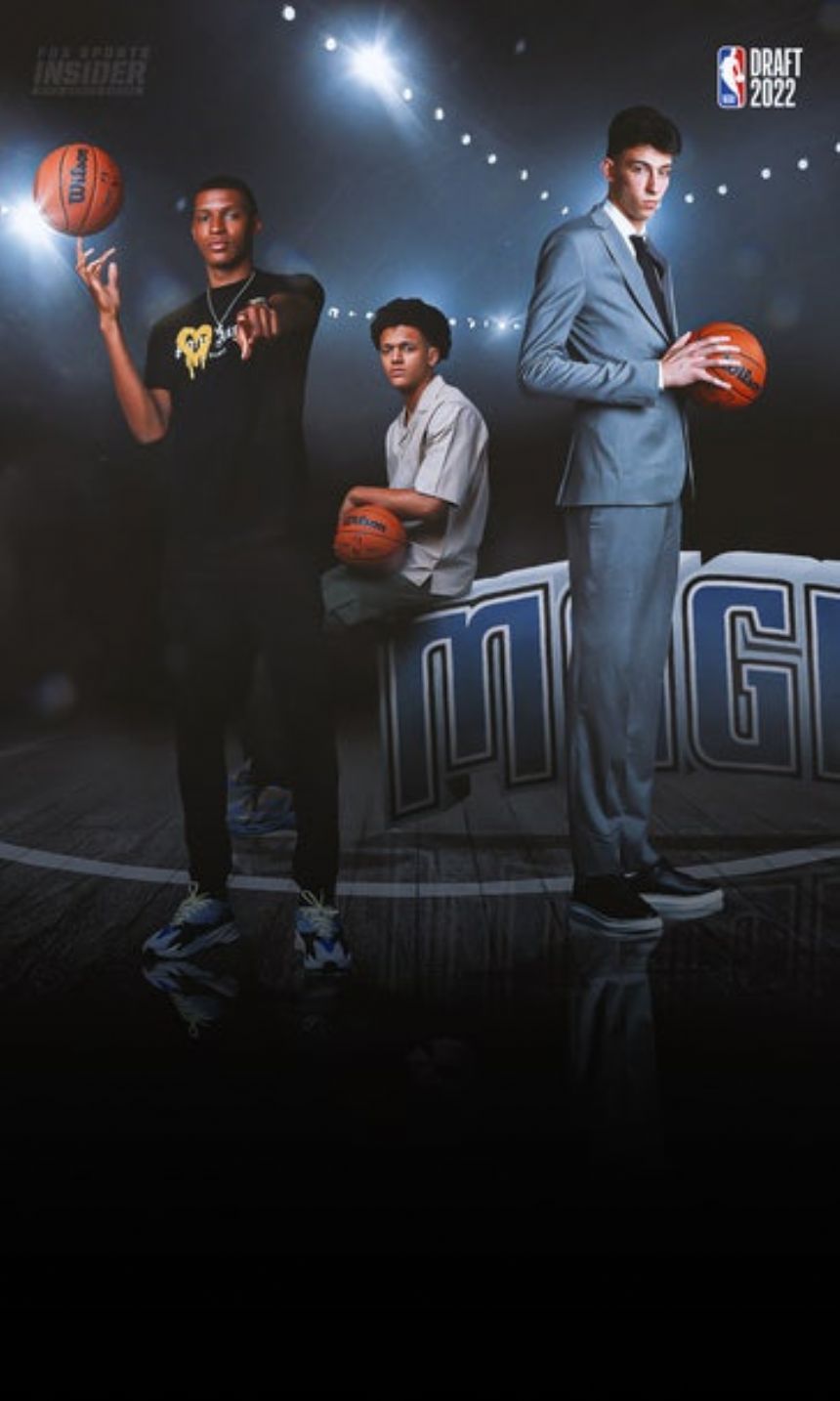 Going into the NBA Draft on Thursday night, the Orlando Magic hold the thing everyone else wishes they had. Orlando, such a tortured franchise and without a playoff series win these past 12 years, possesses the golden ticket. The No. 1 pick.

The Magic won the lottery just over a month ago when head coach Jamahl Mosley subbed himself into the room and got fortunate with the virtual ping pong balls, setting his team up to select first.

Most assumptions dictate that it will be either Auburn's Jabari Smith, Gonzaga's Chet Holmgren or Duke's Paolo Banchero first off the board, with Smith positioned as a moderately strong betting favorite (-250 per AP Bet).

Auburn basketball coach Bruce Pearl joins Colin Cowherd to discuss the NBA Draft. Pearl begins by doubling down on Jabari Smith being the right choice for the Orlando Magic. Make sure you check out CapperTek for your daily dose of winning sports picks.

The Magic own some great history in this precise spot, having taken Shaquille O'Neal in 1992, then Chris Webber (promptly trading him for Penny Hardaway and picks) the next year, setting up a run of mid-1990s excitement. The selection of Dwight Howard in 2004 led to Orlando's most recent burst of competitiveness, though it's fading ever more into the recesses of our minds.

Does a franchise-shifting moment beckon once again on Thursday? Maybe. Smith, Holmgren and Banchero all have huge upside, but recent evidence suggests that the power of the top pick doesn't quite have the magic effect - pun overwhelmingly intended - that it once did.

It is complicated these days. Teams use more advanced strategies in the identification and analysis process than ever before, with a vast treasure trove of ultra-specific stats and metrics to pore through.

And yet, somehow, landing on the right guy seems more hit-or-miss than ever.'

"It all dates back to the rookie salary scale in the mid-1990s," AP Sports college basketball expert Mike DeCourcy told me, via telephone. "Previously, the incentive was there to stay in college until you could be great, then get a massive contract when you came out.

"Now it's more about coming out as soon as you are ready, and not risking that guaranteed money."

Skip Bayless considers whether the Orlando Magic should pick Gonzaga's Chet Holmgren or Auburn's Jabari Smith at No. 1?

From 1979 to 1997, 19 No. 1s were chosen and 10 of them are now enshrined in the Hall of Fame. The list starts with Magic Johnson and ends with Tim Duncan, which kind of tells you all you need to know about that era's level of quality.

The last decade has been a little different. One of the least-productive No. 1s in history was 2013 Chicago Bulls selection Anthony Bennett, last seen playing for Kaohsiung Steelers in the Taiwanese P. League+.

In the last six years, only once has the No. 1 pick been the Rookie of the Year, when Ben Simmons did so in 2018. But Simmons has had highly-documented issues that have caused many to wonder if he has long-term viability as a star.

Markelle Fultz (2017) has had injury and shooting woes and now finds himself on the Magic, where he is - at best - little more than a role player. Zion Williamson's injuries have prevented him from fulfilling his potential. Deandre Ayton has been a good contributor for Phoenix, but the Suns must wonder if their trophy cabinet might look a little different had they selected Luka Doncic instead.

Certainly, the days of the top pick making a big early impact have receded. Andrew Wiggins (2014) just won an NBA title with the Golden State Warriors, but it took a good long time for the Canadian to live up to the hype that was there when he stepped out of college.

He's right. Sort of. Given the value of draft picks in the trade market, more is naturally expected of the No. 1s. Patience is thin. If a player chosen toward the end of the first round turns into a solid contributor, it's seen as a big win. The same does not apply for the No. 1.

It comes with pressure for the franchise, too. No general manager wants to be associated with an all-time flop. Pervis Ellison (1989), Joe Smith (1995), Michael Olowokandi (1998), Andrea Bargnani (2006) and Kwame Brown (2001) - the mere mention of their names is enough to generate shivers among the fan bases of Sacramento, Golden State, the Clippers, Toronto and Washington, respectively.'

Gonzaga coach Mark Few joins Colin Cowherd to discuss Chet Holmgren's NBA potential and league comparison, including his strengths and what makes him stand out to teams and front offices.

None of the big three coming out this year should suffer a similar fate. Smith has visited only Orlando and Oklahoma City, so certain is he of going in the top two. Holmgren is a basketball unicorn, a 7-footer with sublime skills, while Banchero's range was on full display during his season under Mike Krzyzewski.'

The draft might not feel as big as it once did, yet it remains one of the most significant ways in which a franchise can use its own smarts to try to change its destiny. When it comes to the top pick and the open field of talent it presents, that reality is magnified.

The moment, for the Magic, is here. Only time will tell if their touch really turns out to be magic, or meh.