NBA odds: Lines on LeBron James' next team, from Warriors to Mavericks 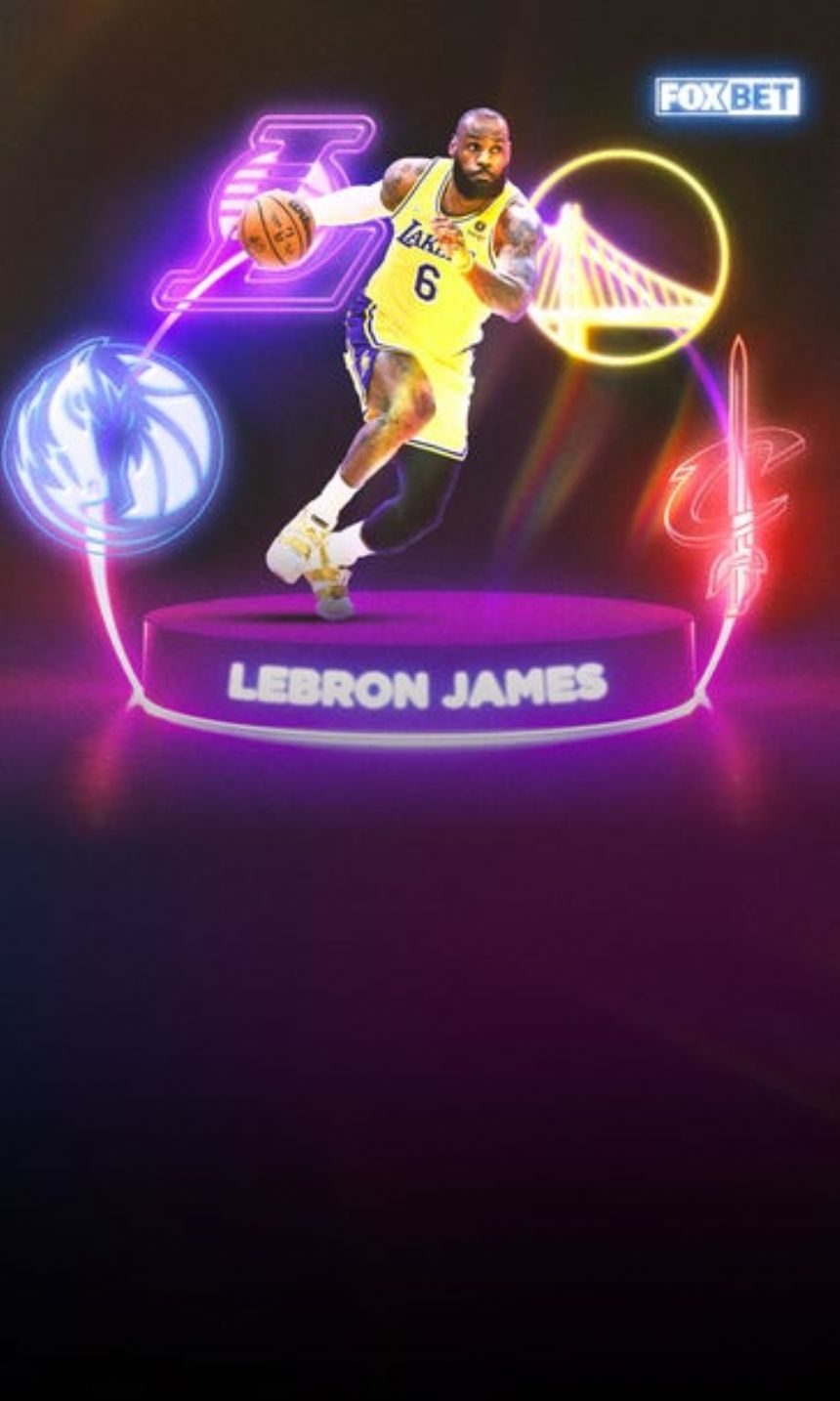 The Los Angeles Lakers had a tough season filled with major salary constraints, an oft-injured big man and a slew of minimum-level veterans that failed to live up to expectations.

This combination of factors, combined with an increasingly crowded decision-making crew in La La Land, has fans and bettors, alike, wondering if LeBron James will leave Hollywood for greener pastures.

The 37-year-old small forward from Akron averaged 30.3 points, 8.2 boards and 6.2 assists last season while shooting 52.4%. The points, boards and shooting percentages were above his career averages, while he was a mere 1.2 assists fewer in that category. In short, despite his advanced age, Bron is still performing at an elite level as evidenced by his name floating in the MVP conversation. Yes, he finished 11th in the voting, but his name was in the mix for a good chunk of the season.

The main concern here is not LeBron but the organization itself. With Rob Pelinka, Jeanie Buss, Kurt Rambis, Phil Jackson and even Magic Johnson all voicing their opinions on the team's direction, we have a textbook example of too many cooks in the kitchen. ''

From a gambling perspective, LeBron would instantly add championship dreams to any team that acquired him. He still has gas in the tank and is intent on adding another ring to his fingers. There are plenty of franchises that would love to have James help fill the arena and boost merchandise sales. Lastly, if the opportunity presented itself, LeBron will move mountains - and teams - to play with his son. This, perhaps, is the biggest item left on LBJ's basketball bucket list.

So If King James does leave, what teams are the likely next stops as he enters the final stage of his career?

We turned to AP Bet to get hypothetical odds on LeBron's potential suitors "IF" he indeed decides to leave LA.'

With a line of -2500 to start the 2022-2023 NBA season in Los Angeles, the odds of Bron going anywhere next season are not high. However, things get interesting for the 2023-2024 NBA season. We caught up with AP Bet sports analyst Dylan Brossman to get his thoughts on King James' next move.'

"LeBron is under contract in LA for the 2022-2023 season, so barring a shocking trade, he will remain a Laker next year," Brossman explained.'"The following season (2023-2024), however, LeBron will once again become a free agent."

And it is that 2023-2024 season that will have fans of many franchises hoping he chooses to move his services to their cities.'

At +2500, the idea of LeBron ending his career playing for the Knicks on Broadway could be quite the curtain call, not to mention the ravenous fans chanting "Bing Bong" as they rush through Penn Station's subway doors to catch a glimpse of his chalk toss ritual.'

The Mavericks (+750) are also a great place for LeBron as he could serve as a great mentor or, dare we say, sidekick to a guy often compared to him, Luka Doncic.'

But, the team that stands out the most is the Golden State Warriors (+250). LeBron has already spoken of his desire to play with Steph Curry, and while they would be one of the oldest teams in the league, their championship pedigree and style would certainly give him a chance to win one more chip.'

Colin Cowherd of AP Sports' The Herd believes Lebron has his eyes set on joining the Warriors, given the current state of the Lakers.'

"They've got no bench, they're too old, they have no players in their prime, and my theory is, LeBron's too smart not to know it," Cowherd added. "LeBron is a good observer. He's a good teacher. He's a good listener. He's watching this right now, thinking, 'The Warriors have the best starting five in the league at any given time. They have three emerging stars and probably the best coach in the league. They also could have the best owner in the league."'

Brossman does see the allure, but acknowledges that the salary constraints may prove to be too large an obstacle to overcome.

"If he is adamant about joining the Warriors, Golden State will likely need to part ways with one or both of Andrew Wiggins and Draymond Green to clear the necessary cap space," Brossman analyzed. "The Splash Brothers will remain under contract but are set to make a combined $95 million in 2023-2024. Perhaps an aging LeBron would take a massive pay cut to keep the Warriors' core intact, but I would not expect that."

If Bron has shown us anything in the first two decades of his career, it's that doing the unexpected is common for him. After reportedly becoming a billion-dollar athlete, it is not out of the realm of possibility that the King would take a pay cut for the chance to win one last chip.'

As we always say around these parts, things change fast in the NBA. LeBron James' next move might just put a contender over the top. Stay tuned to see which team he suits up for in 2023 and beyond!

'Play AP Super 6 every week'for your chance to win thousands of dollars every week.'Just download the Super 6 app and make your picks today!