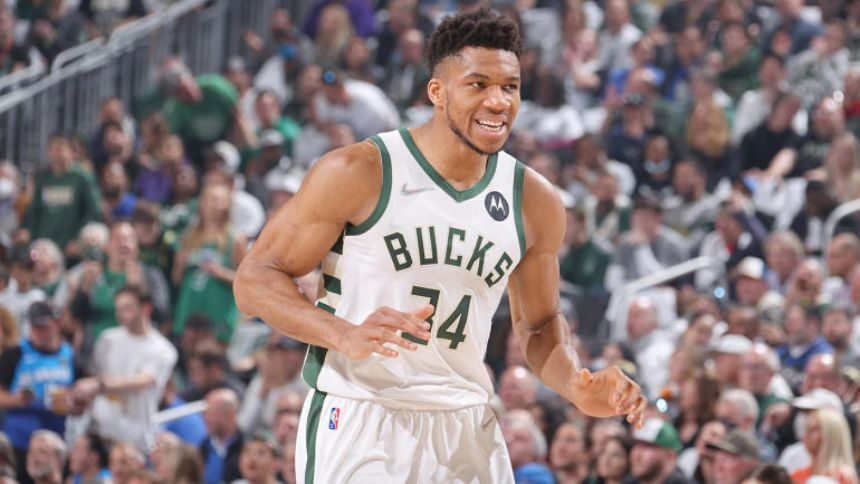 With the 2021-22'NBA'regular season now in the books, the basketball betting market is hotter than ever. AP Sports will be providing daily picks for the duration of the postseason. Sam Quinn will make at least one pick for every game between now and the NBA Finals. All lines courtesy of Caesars Sportsbook.

Giannis Antetokounmpo has scored 34 or more points in each of the past three games, but more importantly, he's averaging a preposterous 28.2 shot attempts per game in this series. That's five more shots than he's ever averaged in a series before this, with 23.1 as his prior high. He's attempted 27 or more shots in only six career playoff games ... but four of them have been in this series. The Bucks have clearly recognized that their only hope in this series is giving their best player the ball and hoping for the best. That's been a winning strategy in recent years. His last three closeout games have been a 40-point outburst to send Kevin Durant home last season, a 50-point masterpiece to win the 2021 championship, and a blowout over the Bulls in which he shot 71 percent from the field. When Giannis smells blood, he strikes. The pick: Giannis over 33.5 points

Dillon Brooks hasn't scored more than 12 points in any game this series. Granted, he was ejected from one and suspended from another, but the last time he played in front of Warriors fans at Chase Center, he was booed into a 5-of-19 shooting night. Those fans will be after him again in a possible series clincher, and the Warriors will be out to prove a point after their embarrassing Game 5 loss. The pick: Brooks under 17.5 points