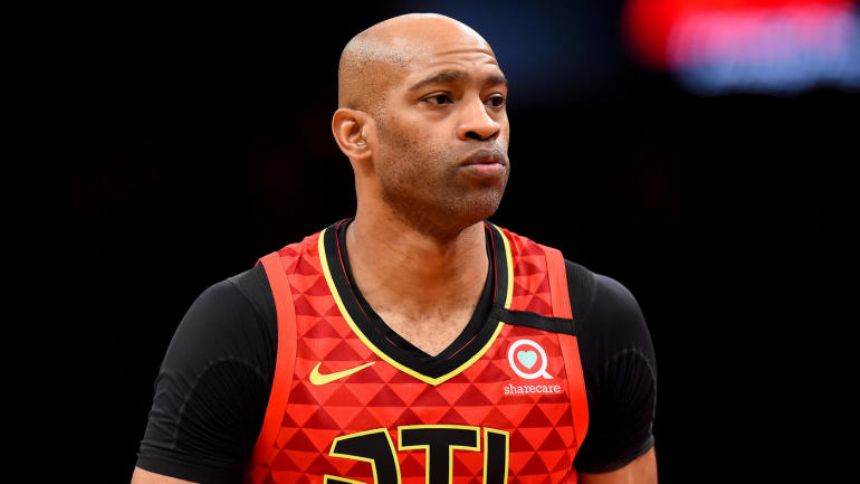 The Atlanta Police Department responded to a burglary call at former NBA star Vince Carter's Atlanta mansion at around 11:50 p.m. on Sunday. Nobody was injured, but the burglar took nearly $100,000 in cash, according to the police report released Wednesday.

While on her way to the location, an off-duty officer reported seeing an unknown male wearing all black clothing fleeing the residence. The patrol officer saw a black SUV pick up the suspect, and he was not apprehended.

A window in the front of the house had been smashed, and there was "a large amount of $100 bills spilled on the ground," according to the police report. Those bills amounted to just $16,100 of the cash that went missing. Also located on the scene was a gold Desert Eagle pistol that belongs to Carter, and a black Glock 26 pistol with an extended magazine that investigators believed to have belonged to the suspect. The firearm was ran over ACIC, but no records were found.'

Carter's wife, Sondi Carter, was the person who dialed 911. The report said she and her sons hid in a bedroom closet while they heard unknown suspects rummage through their belongings in the upstairs rooms. The report said multiple rooms were in disarray. A gate at the top of the stairs had also been broken off its hinges.

Although the Atlanta Police Department has not yet identified a suspect publicly, the report said at least one fingerprint was collected from the crime scene.

Carter played 22 seasons in the NBA, making eight All-Star teams and two All-NBA teams, before retiring in 2020. He currently works as an NBA analyst for ESPN.