Road to Draft Day: Iowa forward Keegan Murray ready to realize his lifelong dream of playing in the NBA 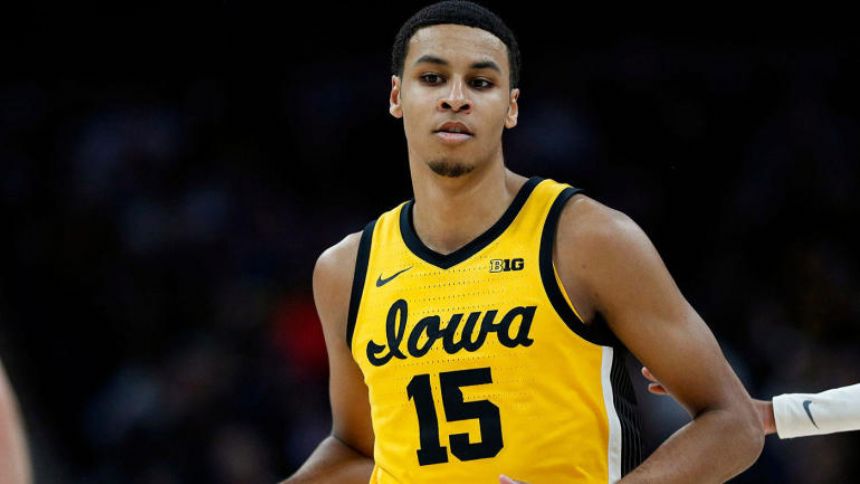 When Iowa sophomore forward Keegan Murray hears his name called by NBA commissioner Adam Silver on draft night, that moment will represent the realization of a lifelong dream -- a dream that dates back to Murray's earliest memories.'

"When I first started playing basketball I was probably around three years old. There's videos of me on VHS playing on a Little Tikes hoop with my brother. Growing up I knew that it was a dream of mine to play in the league," Murray said on AP Sports' . "Throughout high school I really just wanted to play on a scholarship in college. I didn't know where that was going to take me, but I knew I had a chance to be really good with my size and athleticism and my versatility and things like that."'

The good news for Murray is that he might not have to wait too long to hear his name called Thursday night. Our here at AP Sports has Murray going fourth overall to the Sacramento Kings. Here's what David Cobb had to say about him:'

When our staff named the "most NBA ready" prospects in this draft class for a recent Dribble Handoff piece, I went with Murray. With the Kings needing to maximize DeAaron Fox's prime and return to the playoffs for the first time since 2006, Murray makes a ton of sense. He'll be 22 when the season begins and contribute immediately. But the versatile forward still has a ton of room to grow and develop over time. '

Regardless of where he ultimately lands, Sacramento or elsewhere, Murray plans to put his work ethic and talents on full display.'

Murray said that the team that drafts him is getting "a person that is just going to work as hard as possible on the basketball court. I just want to go to the team that will fit my culture, my personality and just a place I can strive in."'

After starting just four games as a freshman, the 6-foot-8, 225-pound Murray turned in a stellar sophomore season. He started in 35 games for the Hawkeyes and averaged 23.5 points and 8.7 rebounds per contest. He was named a first-team All-American and First-Team All Big Ten as a result. He was won the Karl Malone Award, which recognizes the top collegiate power forward. After such a breakout season, it didn't take Murray too long to decide to pursue a professional career.'

"I made the decision to enter the draft a couple of weeks after the season," Murray said. "I thought this was the best step and best opportunity for me at the end of my sophomore season to have a chance to play in the league."'

After winning awards for how well he played in college, Murray aims to continue that trend as a professional.' '

"My goal my rookie season is to win Rookie of the Year," he said. "I know there's obviously a lot of guys that want that title, so there's going to be a lot of competition and I know that it's not going to be easy. I'm going to have to earn everything that's given to me."'