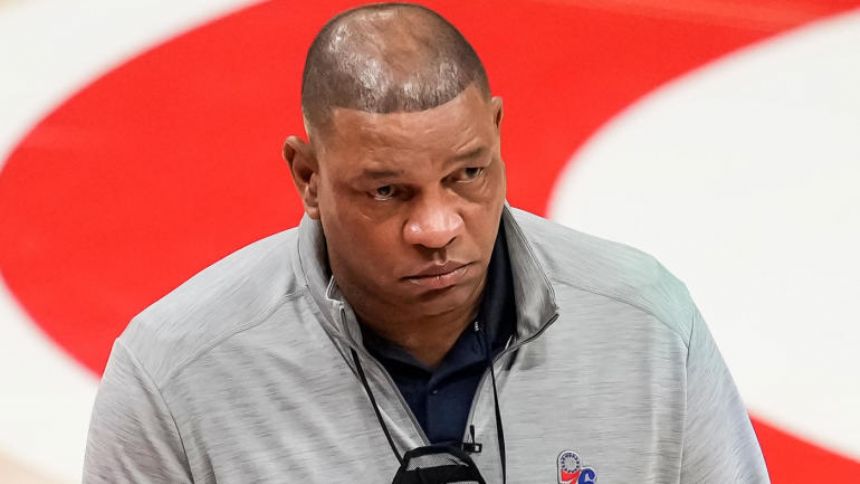 Philadelphia 76ers coach Doc Rivers was trending during the weekend after fans noticed that his "liked" posts on Twitter that included adult content. At first, some social media users speculated that Rivers was not aware that these posts were visible to everyone. However, several reports said Rivers' account had been hacked and the Sixers organization had to work overnight to regain access.

"I'm told Doc Rivers' Twitter account was hacked and the Sixers were able to undo the likes and they are getting his account back to full working order," reported NBC Sports Philadelphia's John Clark on Saturday morning. "Doc was informed by a friend about the bizarre activity on his account and it is being taken care of by the team."

Doc was informed by a friend about the bizarre activity on his account and it is being taken care of by the team pic.twitter.com/Srwg0EN2Wv

SB Nation also confirmed the report. Liberty Ballers editor Paul Hudrick said the Sixers worked through the night to solve the problem, but it wasn't as easy as they hoped it would be.

"Apparently there is still an issue with resetting his password that the team is working with Twitter to resolve," Hudrick tweeted'on Saturday.

All the sexually explicit posts have been unliked and Rivers has regained full access to his account. This was a different type of drama from the one the Still, Rivers' was probably happy to see his social media problem get resolved relatively quickly.

He is not the first high-profile figure to get hacked on social media, and likely won't be the last. Early August, Los Angeles Lakers owner' that she was allegedly selling to raise money for charity. Last year, NBA veteran Chris Paul's account featured over 30 tweets'that did not actually come from the Phoenix Suns' point guard himself.'

Milwaukee Bucks' star Giannis Antetokounmpo might have had the worst luck of all. Not only was his'Twitter account hacked in 2020,'so were his phone, email and bank accounts.