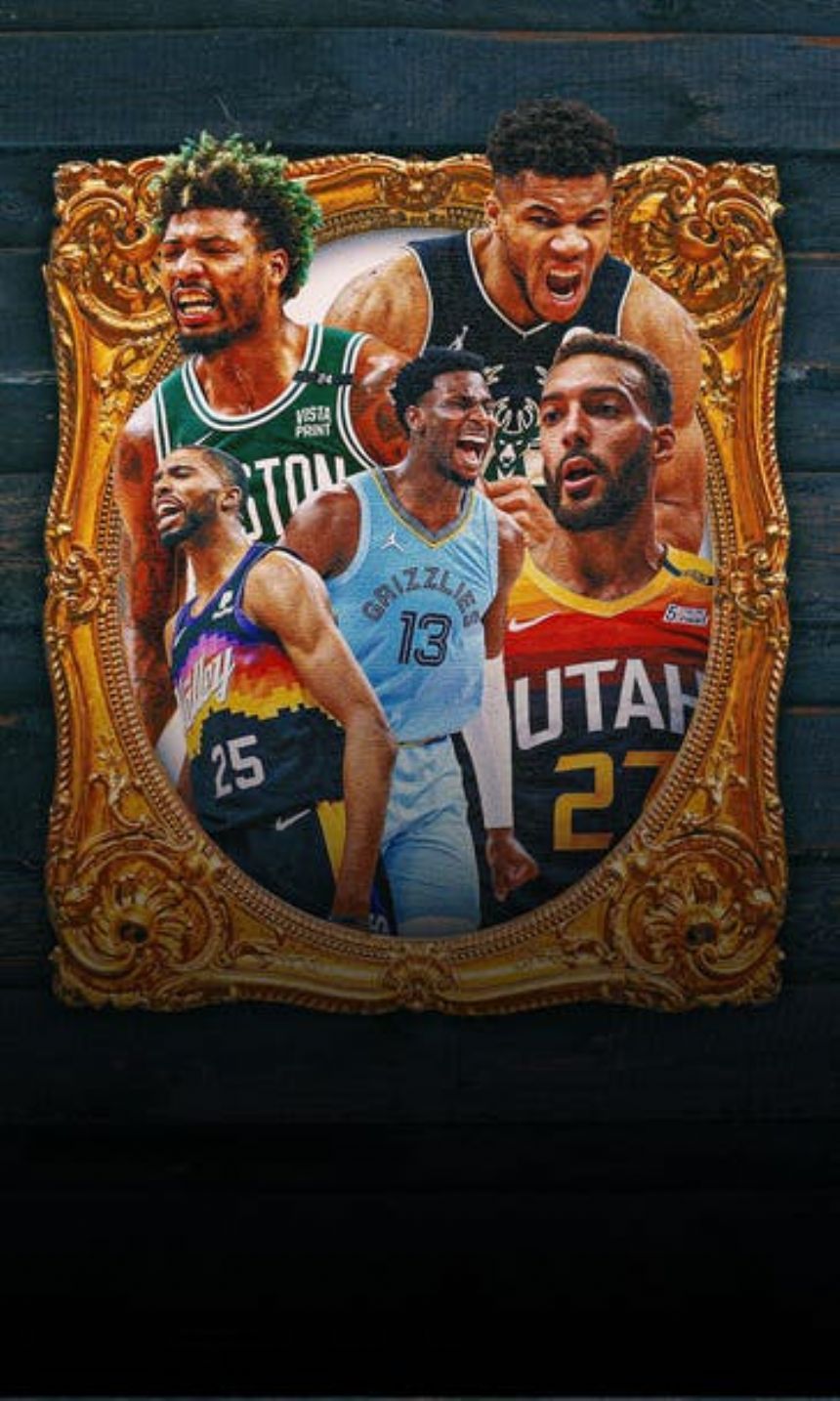 The 2021-22 NBA All-Defensive teams was released on Friday, and while the Defensive Player of the Year conversation stirred up plenty of debate, it's tough to argue against all five players on this year's team.

Marcus Smart of the Boston Celtics (the Defensive Player of the Year) led the way with the most votes, followed by the Phoenix Suns' Mikal Bridges to round out the guards. After those two came the big men, including Rudy Gobert from the Utah Jazz, Giannis Antetokounmpo of the Milwaukee Bucks, and Jaren Jackson Jr., the anchor of the Memphis Grizzlies' defensive attack.

Here's a breakdown of this year's NBA All-Defensive team.

Smart isn't new to this, considering this is his third instance receiving first-team honors. His on-ball defensive numbers back up the accolades he's received following this season.

Smart tied for fifth in steals per game this season at 1.7 and averaged 0.3 blocks per game. But what puts Smart over the top is his on-ball, perimeter defense. He was the catalyst in Boston having the No. 1-ranked defense in the NBA this season.

Smart is the first guard to win Defensive Player of the Year since 1996, when Gary Payton won the award.

Bridges finished second for the NBA's Defensive Player of the Year Award, and it's only his third NBA season. He received 103 points (95 first-team votes), and this is his first selection to the NBA All-Defensive team.

Bridges certainly uses his 7-foot-1 wingspan to his advantage. The 6-foot-6 guard is an elite interior defender for his size (or lack thereof), only giving up buckets to offensive players 53.1% of the time from two feet outside the basket.

Overshadowing a player like Chris Paul - his fellow defensive-minded teammate - on the defensive end of the floor isn't easy to do, and he accomplished that. Bridges was Phoenix's defensive anchor and was extremely durable as well, playing all 82 games of the regular season.

Gobert is a mainstay on these All-Defensive teams. The Jazz center earned 171 points and 76 first-team votes to solidify his sixth consecutive NBA All-Defensive first-team honor. Gobert has also won the NBA's Defensive Player of the Year award three times.

Gobert led the league in rebounding at 14.7 boards per game, and ranked fifth in blocks with 2.1 per game. Him being on this list is almost automatic, and some could argue that he deserved a fourth Defensive Player of the Year trophy.

Antetokounmpo received 156 points and 63 first-team votes, ranking fourth on this year's list. He's not only the No. 1 offensive option for the defending champion Milwaukee Bucks, but he's also the reason the Bucks consistently boast one of the best defenses in the NBA.

It isn't easy to score on Antetokounmpo from the perimeter, and opponents only have a 50/50 chance (49.6%) of scoring on him inside the 3-point line. To top things off, Antetokounmpo averages 1.4 blocks per game.

Jackson, a four-year NBA veteran, made his NBA All-Defensive team debut after receiving 153 points and 55 first-team votes. Watching the Memphis Grizzlies play defense is both enjoyable and intense. That's primarily because of the energy that Jackson plays with.

Jackson is an impressive on-ball defender, both in the paint and on the perimeter, but his forte is shot-blocking. He led the NBA with 2.3 blocked shots per game during the 2021-22 season, which surpassed the man most known for blocking shots: Gobert.