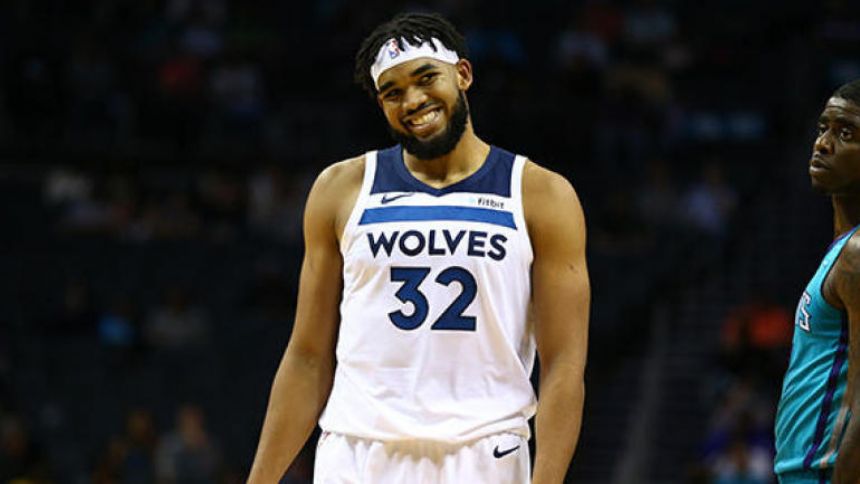 Minnesota is favored by 4.5-points in the latest Timberwolves vs. Warriors odds from Caesars Sportsbook, and the over-under is set at 216.5. Before entering any Warriors vs. Timberwolves picks, you'll want to see the NBA predictions from the proven computer model at SportsLine.

The SportsLine Projection Model simulates every NBA game 10,000 times and has returned well over $10,000 in profit on its top-rated NBA picks over the past three-plus seasons. The model enters Week 13 of the 2021-22 NBA season on a stunning 52-28 roll on all top-rated NBA picks, returning almost $2,000. Anyone following it has seen huge returns.

The Timberwolves came up short against the Memphis Grizzlies this past Thursday, falling 116-108. Despite the defeat, Minnesota got to see several of its players rise to the challenge and make noteworthy plays. Point guard D'Angelo Russellshot 6-for-11 from beyond the arc and finished with 29 points and six assists. For the season, Russell is averaging 19.0 points, 7.0 assists and 3.7 rebounds per game.

The Timberwolves are scoring 109.9 points per game on average, which ranks 12th in the NBA. Minnesota is led by Karl-Anthony Towns, who's averaging 24.6 points and 9.3 rebounds per game.

A well-balanced attack led the Warriors to victory over the Chicago Bulls on Friday. Golden State was completely in charge, breezing past Chicago 138-96 on the road. The contest was pretty much decided by the half, when the score had already reached 78-47. Forward Jonathan Kuminga was the offensive standout of the matchup for Golden State, picking up 25 points along with three blocks.

The Warriors feature the NBA's stingiest defense, allowing opponents to score just 101.6 points per game on average. Golden State is 5-2 against the spread in its last seven meetings against the Timberwolves.

The model has simulated Timberwolves vs. Warriors 10,000 times and the results are in. We can tell you that the model is leaning under, and it's also generated a point-spread pick that is hitting in well over 50 percent of simulations. You can only see the pick at SportsLine.

So who wins Warriors vs. Timberwolves? And which side of the spread is hitting well over 50 percent of the time? Visit SportsLine now to find out, all from the model that has crushed its NBA picks.