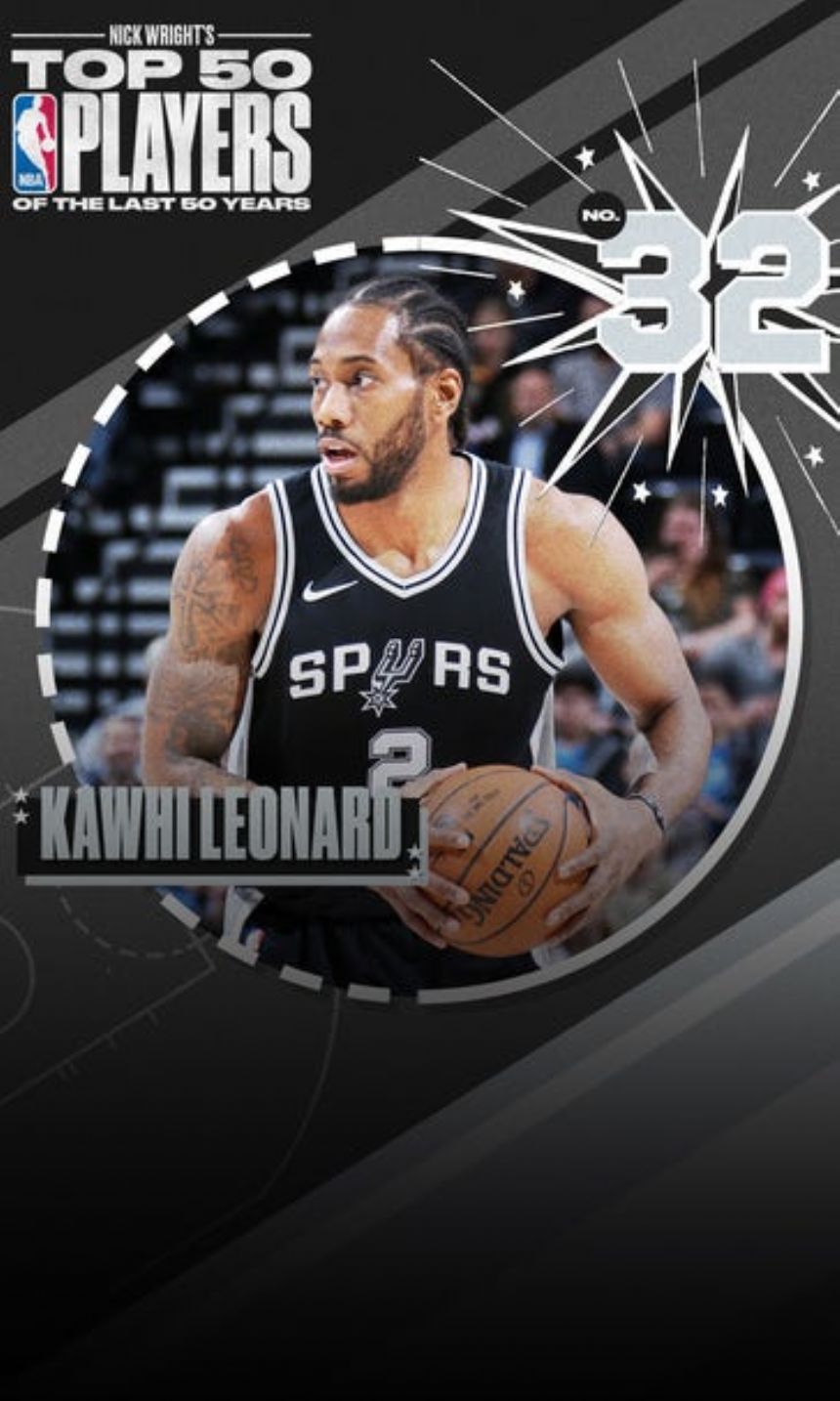 Editor's Note: As part of a new series for his podcast, "What's Wright with Nick Wright," AP Sports commentator Nick Wright is ranking the 50 best NBA players of the last 50 years. The countdown continues today with player No. 32, Kawhi Leonard.

Kawhi Leonard has, at a time, been called the best player in basketball.'

It's not a label he's held for an extended time, or by the majority, and it's certainly not current since he's been out for the past 11 months with a torn ACL. Injuries, alas, have claimed roughly 300 games of his career.'

But in the last 300 or so games that he's played in, no one has been definitively better.'

"His top-level play has been unbelievable," Wright said.

Leonard won a championship and Finals MVP honors with both the San Antonio Spurs and the Toronto Raptors. He holds three top-five MVP finishes and twice won Defensive Player of the Year.

Defense, of course, has been Leonard's defining trait. It's primarily why he was voted Finals MVP at just 22 years old while averaging a modest 17.8 points against the Heat. Over the next two years, he became the third-youngest Defensive Player of the Year winner and one of just two forwards to earn the award multiple times (Dennis Rodman).

And then he transformed into one of the five best players on the planet.'

"[Leonard] is a player who seemed to be the modern Scottie Pippen and then really achieved more than Scottie even in a far shorter career up to this point," Wright said.

Specifically, Leonard began shooting more. He'd always connected at a high clip. But as his Hall of Fame teammates with the Spurs faded, the chiseled small forward evolved into an offensive assassin. In the 2017 playoffs, he was averaging 27.7 points while shooting 52.5% from the floor, 45.5% from 3 and 93.1% from the free-throw line - until he landed on Zaza Pachulia's foot and missed the remainder of the postseason.'

After sitting out the majority of the 2018 campaign with a thigh injury and forcing a trade out of San Antonio, Leonard had the best regular season of his career and put together one of the greatest playoffs runs in NBA history. He averaged 30.5 points and 9.1 rebounds in the postseason to lead the underdog Raptors to a title, delivering unforgettable performances against the Sixers, Bucks and defending-champion Warriors in the process.'

Leonard is one of just 12 players to win two Finals MVPs.

"The team accomplishments are a little more complicated in the beginning, then not complicated at all in the end," Wright said. "That first Finals MVP, the one he got with the Spurs, is - other than Andre Iguodala's and Wes Unseld's - probably the most curious, head-scratching Finals MVP ever awarded. The next Finals MVP he won was a no-doubter."

Not too bad for a secondary skill. The 30-year-old now just needs to get back on the court.'

"And thus is the rub. Kawhi has not played 600 games," Wright said. "One of the greatest perimeter defenders ever ... he was the best player on a champion, he's been to three Finals, he's won two Finals MVPs, but it also feels like we almost haven't seen enough of Kawhi Leonard."'